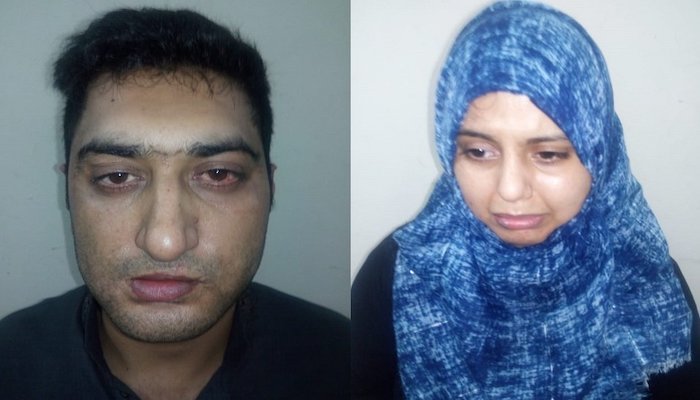 A couple from Rawalpindi, who was arrested in 2019 has been found guilty for luring young girls and filming their rape to blackmail them.

On Monday, the Rawalpindi police tweeted an update on the case.

The couple is named as Qasim Jahangir (the husband) and his wife Kiran Mahmood.

Qasim Jahangir is awarded a death sentence, a three-year prison sentence in addition to a life sentence, and a fine of Rs2.5 million by the Additional District and Sessions Judge Jahangir Gondal. The wife, Kiran Mahmood, has been sentenced to life and a fine.

Summary of the Case

The couple was arrested in 2019 by the police for raping minor girls and filming their explicit videos to blackmail them.

As per the City Police Officer (CPO) Muhammad Faisal Rana, the couple had confessed to raping as many as 45 minors and filming their rape. He further said that the videos of 10 minor girls and thousands of nude photographs were also found from the then suspect’s custody.

The criminal couple used these explicit videos and photographs on pornography websites to make a large sum of money.

After a complaint lodged by one of their victims, with the CPO Rawalpindi, the couple was tracked and arrested.

The girl told the police that while she was coming out of her college, a masked woman pretending to be a student trapped her to get into a car with her. As she sat inside the car, they drew black curtains and took the car to a villa in Gulistan Colony, where the man raped her at gunpoint and the wife filmed.