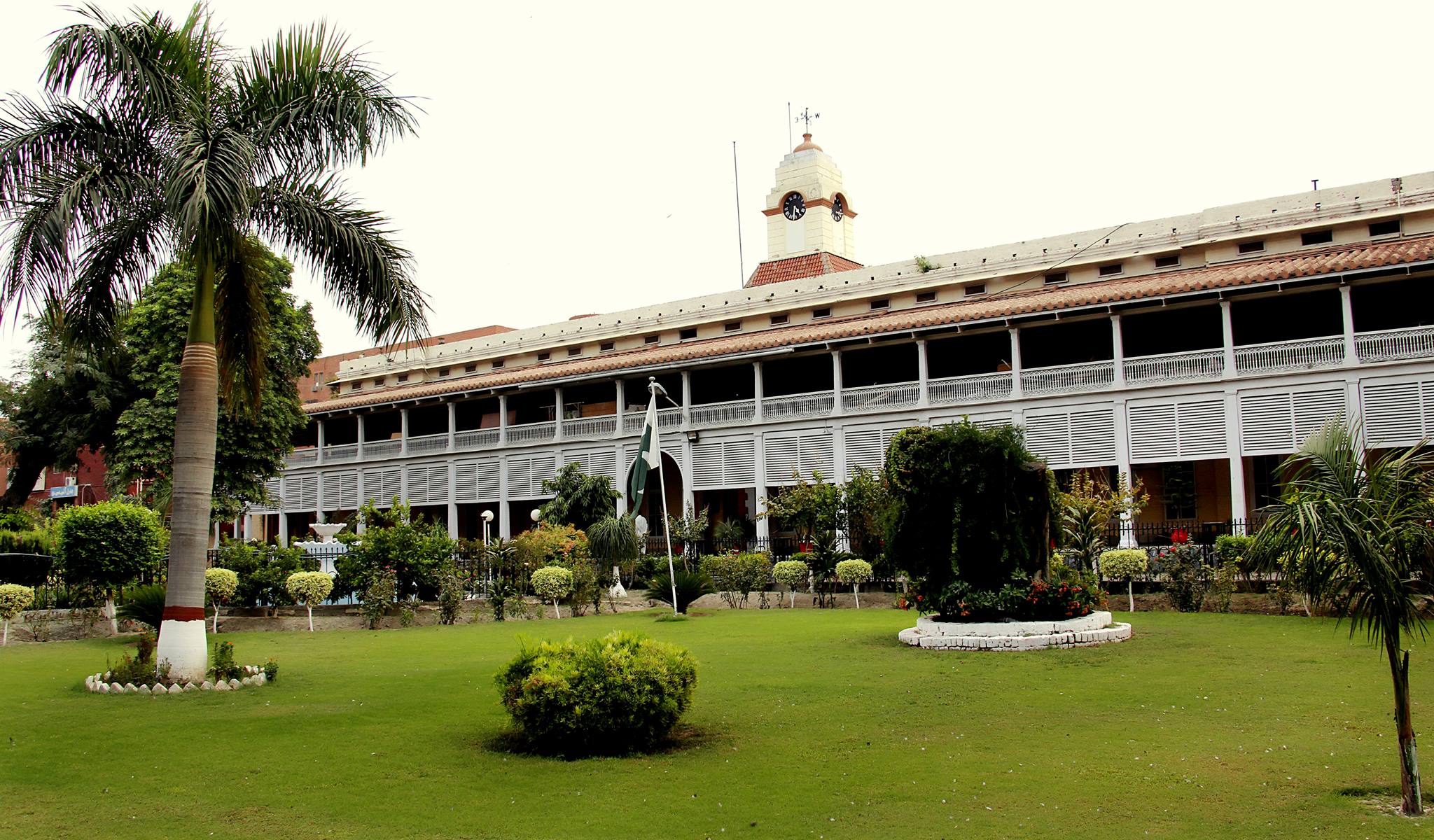 “We were referred to a private hospital because out of five ventilation machines at neurosurgery ICU only one was in working condition [which was] already occupied by a patient while the rest were out of order.”

His mother Shabana Shaheen, a 55-year-old primary school teacher, was hit by the celebratory fire while on her way back home after performing local bodies’ election duty as the presiding officer at a local polling station. She later succumbed to the severe head injury.

The situation, even after the lapse of five and a half years, seems to not have taken a turn for better. The death of six patients at the second largest tertiary-care hospital of the province—Khyber Teaching Hospital (KTH) Peshawar—due to the interruption of oxygen supply 5 December 2020 substantiates this.

Established in 1976 and stretching over an area of 962,000 square feet, the hospital provides healthcare facilities to 500,000 patients yearly.

As per the inquiry report of the BoG, at the time of the incident, as many as 90 patients were under treatment in the isolation ward of the hospital. It states that the central alarm system in the oxygen tank room was non-functional which could help avert the tragic incident as the initial alarm raises as soon as the level of oxygen drops to 300-liter. “This would have saved many lives.”

The next day, the Board of Governors (BoG) in a hurriedly-called meeting decided to form a three-member fact-finding committee, comprising KTH doctors, to delve into the matter. Simultaneously, another three-member committee of the BoG was also constituted to draw up a detailed inquiry report fixing responsibility for the incident.

The fact-finding committee submitted its report on the same day, stating that the oxygen storage tank of 10,000 cubic meter capacity had no backup system as recommended by the Health Technical Memorandum. “Ideally, there shall be either a primary backup (another tank) or secondary backup (manifold).”

As per the available record, the supplier never filled the tank to the required level. A day before the incident, the company supplied the tank with only 3,040 liters, far below the required storage.

The Standard Operating Procedures (SOPs) for a well-functioning hospital make it binding on the administration to ensure a system of the first and second-line backup facility of the oxygen supply. The KTH had also an adequate oxygen backup, which, according to the inquiry report of the BoG, was decommissioned in the backdrop of construction work in the hospital back in 2017. But the three consecutive directors of the hospital since, including the incumbent one, did not bother to re-commission the backup system.

Oddly enough, as a backup system, 260 oxygen cylinders were present in the hospital, but they could not be utilized as the required accessories, oxygen flow meter, and pressure gauge, were found to be grossly deficient on the night of the incident. Adding insult to the injury, the oxygen plant assistant was also found to be lacking the requisite qualifications and skills for such an assignment.

Before the Covid-19 pandemic, the hospital had an oxygen system capacity of 5,000 litres provided through a Vacuum Insulated Evaporator (VIE) oxygen tank facility, which was increased to 10,000 litres in August 2020.

The hospital management also requested in mid-June to install a second VIE Oxygen tank of 10,000 litres capacity. But it was not feasible as, replied by the oxygen-supplying firm Pakistan Oxygen Limited, because the capacity expansion required a shutdown of the current oxygen supply system which could not be done due to the continuous presence of oxygen-dependent patients and non-availability of a backup oxygen system.

The average oxygen supply to KTH ranges between 3,000 to 3,500 liters per day. The contract with POL expired on 30 June 2020 and was never extended, renewed, or tendered out. On 4 December, the supplier only supplied 3,040 litres of oxygen resulting in sub-optimal utilization of the tank’s capacity which could have provided greater backup supply if kept fully filled.

But the supply company can not be held responsible for that because it was providing oxygen without having any contract, piling up liability even though its contract with the hospital was expired on 3 June.

ROLE OF THE BOG

The BoG held two former hospital directors (HDs) in addition to incumbent one responsible for not taking timely measures to ensure uninterrupted supply of oxygen. But it was kind enough to exonerate two other HDs.

As per the MTI Act 2015, the director of the hospital is responsible for the maintenance and development of all ancillary services, including but not limited to a pharmacy, nursing, materials management, human resources, clerical, communications, and security services.

Dr. Muhammad Zafar Afridi, one of the censured HDs, has already petitioned the Peshawar High Court, challenging the decision of the BoG to appoint a candidate as HD having fewer marks than him. The board is defending its appointment of another candidate over Dr. Afridi as Hospital Director in the Court.

The documents available with The Truth International reveal that the five-member selection committee recommended three names for the position of HD with Dr. Zafar Afridi on top of the list with 88.2 marks, followed by Dr. Tahir Nadeem with 79 marks. But the BoG appointed Dr. Tahir Nadeem as the HD of KTH.

In retrospect, it was the same BoG which approved the appoint- ment of incumbent director of the hospital, Tahir Nadeem Khan, who took the charge of his duties on July 01, 2020 for a period of five year on a fixed salary of Rs. 600,000. Being a respondent in the writ petition filed by Dr. Zafar, the recommendations of the board against him cannot be termed as unbiased by any stretch of imagi- nation.

In this perspective, the board should also be held responsible for the tragic December incident for appointing a person in the responsible position in clear violation of the the recommendations of the selection committee and merit.

Within the first year of the PTI government in Khyber Pakhtunkhwa during the party’s first stint in power in the province, the charges of corrupt practices surfaced in the media when the then provincial health minister Shaukat Yousafzai reportedly refused to give World Bank-funded programme to party’s stalwart Jahangir Khan Tareen’s People’s Primary Healthcare Initiative (PPHI). The ‘stubbornness’ of the minister cost him his job.

The annual health budget of the province has since jumped manifold – from PKR 7.845 billion in 2012-13 (the last annual budget Awami National Party’s coalition government presented) to PKR 105.928 billion with an additional PKR 26.591 billion for merged tribal districts in the current budget.

But despite such a huge budget allocation, the recent incident of the oxygen interruption at the second-largest tertiary hospital reflects the overall view of the healthcare situation in the whole province. During the last seven years in government, the PTI could not establish a single new hospital anywhere in the province.

The lone cardiovascular ward of the province at the Lady Reading Hospital in Peshawar was closed two years back, citing the reason that the mortality rate at the ward was too high.

A representative of the Provincial Doctors Association, Dr. Saleem Khan, tells The Truth International that the BoG decision to shut down cardiovascular ward is beyond comprehension. This ward deals with critical patients and the death rate would obviously be high, he argues.

Also closed for the last six months has been the gastroenterology ward of the LRH. As many as four senior doctors of the ward were suspended after they complained to the Khyber Pakhtunkhwa chief secretary about the decision of the BoG to re-appoint a professor of the ward on the very next day of his retirement. They were of the opinion that the post could be filled through promotion of the existing staff or through advertising the post.

Taking strong exception to the doctors’ approaching the chief secretary, the BoG suspended all the four complaining doctors, resulting in the closure of the ward.

Detractors of the PTI plan to govern the tertiary hospitals through BoG under the Khyber Pakhtunkhwa Medical Teaching Institution Reforms Act are of the view that it will become a tool to accommodate their favourites not only to the board but also to key positions at these hospitals. Looking at some cases of irregularities that have surfaced recently, their apprehensions are well-founded.

Chronology of the Annual Health Budget 2011-12