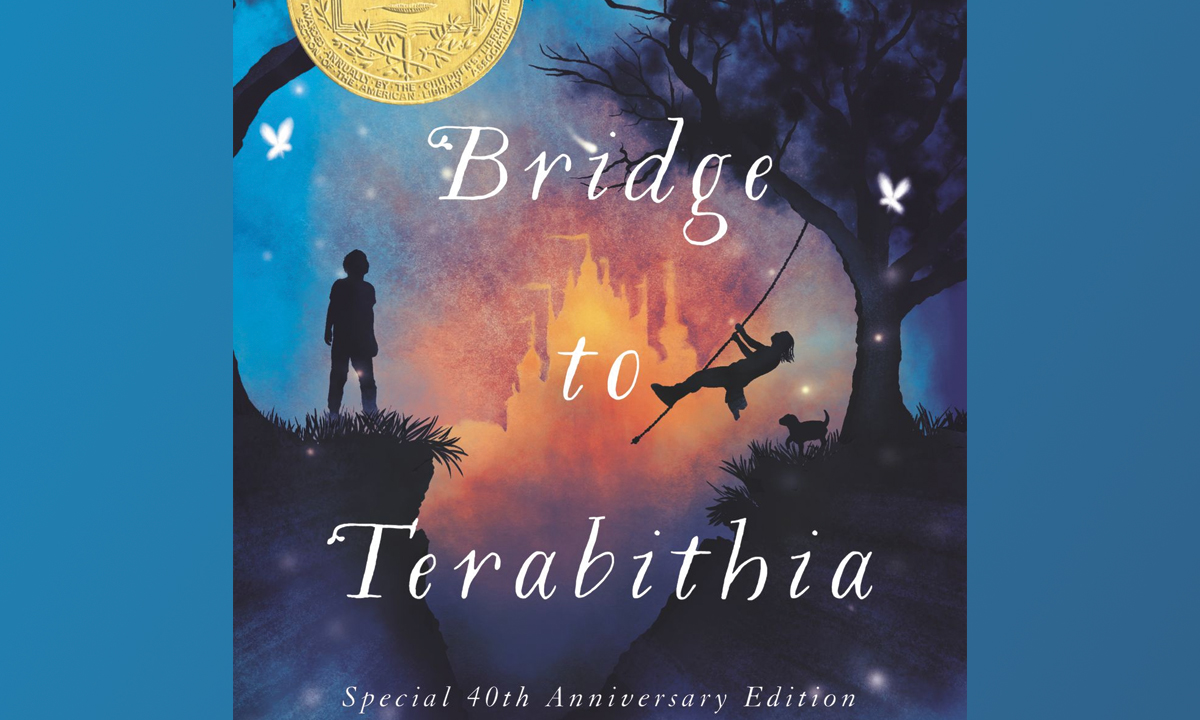 The Bridge to Terabithia is a book written by  Katherine  Paterson about Jess Aarons, an eleven-year-old boy living in a rural area of the South who loves to run. He dreams of being the fastest boy in the fifth grade when school starts up in the fall, feeling that this will for once give him a chance to stand in the spotlight among his five sisters, and might win him the attention of his preoccupied father.

He practices all summer and can’t wait to see his classmates’ faces when he beats them all. But on the first day of school, a new girl boldly crosses over to the boys’ side and outruns everyone. Jess and Leslie Burke become inseparable. Together, they create Terabithia, a magical kingdom in the woods where the two of them reign as king and queen, and their imaginations set the only limits. Then, one morning a terrible tragedy occurs. Only when Jess is able to come to grips with this tragedy does he finally understand the strength and courage Leslie has given him.

The themes of this book are that friendship is very important, spend your childhood in the best way possible, gender role is a motif that plays off the idea of conformity and that education is super important for everyone. It also looks deeply at dealing with feelings of being an outsider and dealing with the pressures of the pre-teen world, which, though it was written about 30 years ago, have not changed too much.

This book is suitable for children above the age of 12 as there is inappropriate language used and it may give children a negative view of life, due to a beloved character’s death, and it has some profanity.