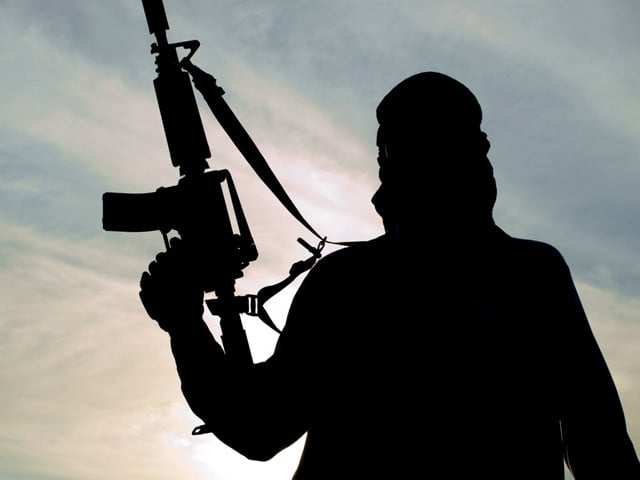 Lakki Marwat: A new militant group calling itself ‘Majlis-e-Askari’ (Military Council), has reportedly shared a brutal video of a beheading of a man purported to be a Pakistani ‘spy’ in Lakki Marwat.

In an another and separate incdent a security guard was killed when unidentified miscreants attacked a toll plaza in DI Khan district of Khyber-Pakhtunkhwa (K-P) and took away all the cash at gunpoint after opening fire at the staff in what appears to be yet another terrorist attack on Wednesday.

Similarly, a few days ago, a police head constable, who had been injured in a terrorist attack in Kulachi a few days ago, succumbed to his injuries at the hospital yesterday.

In connection with the beheading incident, local sources have confirmed that the militant group is headed by the former TTP commander Akhtar Muhammad Khalil. In a gruesome two-minute video clip shared on social media by the group, the militants can be seen beheading the man before leaving the corpse and fleeing the scene.

The video was later allegedly shared by the militant group on social media which was then picked up and released by another little-known group, the ‘Ittehadul Mujahideen’.

However, the ‘Ittehadul Mujahideen’ joined the Tehreek-e-Taliban Pakistan (TTP) in criticizing the beheading and also condemning recent similar beheadings in the districts of Bannu and Lakki Marwat.

Khalil had parted ways with Hafiz Gul Bahadur in the early 2000s, and had previously remained a member of the TTP’s shura, the sources added.

The commander had served as the Gul Bahadur group’s North Waziristan amir but later developed differences with the outfit, especially over his ruthlessness.

Khalil had remained amongst the most brutal commanders and was known for beheading military and police officers between 2001 to 2009. He had later virtually disappeared from the scene, only to return again when the TTP leadership returned to merged districts of the former Federally Administered Tribal Areas (FATA).

The TTP had said in November that they have called off a ceasefire agreed with the federal government in June and ordered its militants to stage terrorist attacks across the country, a statement from the banned terror outfit said.

The TTP, a separate entity from the Taliban in Afghanistan but sharing a similar hardline ideology, has been responsible for hundreds of attacks and thousands of deaths since emerging in 2007.

The government and the TTP had agreed to a truce earlier this year after Afghanistan’s new Taliban rulers took a prominent role in brokering peace talks, but negotiations made little progress and there were frequent breaches.

The talks reached a deadlock as the terror group refused to budge from its demand for the reversal of the merger of erstwhile Fata with the Khyber-Pakhtunkhwa province.

Earlier in October, People in Swat had staged massive demonstrations to protest against a militant attack on a school van that left the driver dead and two students injured.

Before this on November 18, local residents also staged a huge protest against the increasing lawlessness in the district as earlier six policemen were killed in an ambush.

“Militants are present in Lakki Marwat as well as Bannu districts and they are staging deadly attacks. Operations have been conducted in which terrorists were killed but they flee after attacks,” said a police official.

TTP abandoned its mountain top positions in Swat most probably with the arrival of harsh winter in the Malakand Division despite the government claims that they were driven out. It was dubbed a big victory and thoroughly celebrated but at the same time, they appeared elsewhere – in Lakki Marwat and South Waziristan districts where police had remained the primary target.