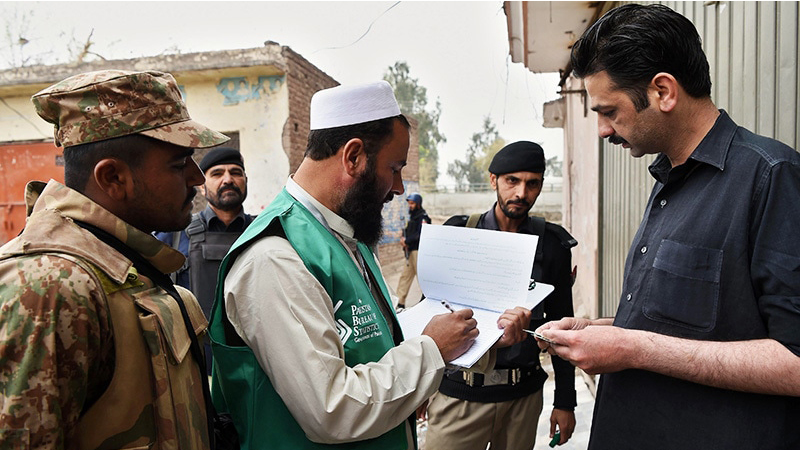 ISLAMABAD: The Council of Common Interests (CCI) on Monday approved the much-awaited results of the 6th population census with a majority vote in bid to pave way for next local government elections amid Sindh chief minister’s threat to take up the matter in parliament.

Addressing a news conference, Planning Minister Asad Umar said the CCI has also decided to hold the 7th national census within one and a half year, adding that the framework for the headcount would be placed before the CCI for approval within two months.

Headed by the prime minister, the CCI is a constitutional body mandated to decide federal and provincial matters. Umar said the 2017 census results were approved with 7-1 majority vote.

The CCI members from the Centre, Balochistan, Khyber Pakhtunkhwa and Punjab voted in favour of the provisional results of 207.7 million population, but Sindh Chief Minister Syed Murad Ali Shah voted against the decision, according to the minister.

The CCI member said that Chief Minister Shah has also demanded that the matter should be placed before an all-party conference (APC) for a decision, but the majority of the members did not agree.

The population census was held in May 2017 but the final results were never notified due to objections raised by Sindh, K-P and Balochistan. As per the final results, Pakistan’s population has surged to a staggering 207.8 million as of 2017, showing an increase of 75.4 million in 19 years. The census results are exclusive of Azad Jammu & Kashmir and Gilgit-Baltistan.

The population was just over 130 million in 1998 – the year when the 5th census was conducted. This means the country has seen a 57% increase in its population at an annual rate of 2.4%.

The government had deployed nearly 118,000 officials, supported by tens of thousands of troops and police to carry out the 70-day data-gathering drive, launched on the Supreme Court orders.

Sindh is the most urbanised province having 52.02% population in urban areas – the result that had disturbed the rural-urban quotas of the provincial assembly seats and jobs and a reason for the opposition by the PPP.

Of the total urban population of the province, 68% is concentrated in three major cities – Karachi, Hyderabad and Sukkur. Punjab stands second in urbanisation, where 36.71% population lives in cities. The least urbanised province is K-P.

Whether the 6th population census results were accurate or not, Umar said, the provincial governments were fully onboard at the time of holding the census. He said it has been decided that the next census would be held in a transparent manner, hoping that Sindh will cooperate.

The minister said the cost of holding next census would be Rs23 billion and the decision whether to involve the army would be taken by the CCI. Responding to a question, Umar said the Pakistan Bureau of Statistics (PBS) did not have the capacity to hold the next census and it had been decided to conduct the headcount in a project mode by hiring experts from the market.

“By September or October, the process of new census will start and it will take around 18 months to complete,” said the planning minister, adding that the results would be ready by April 2022 and there would be sufficient time for delimitation of the constituencies ahead of next elections by October-November 2023.

Umar said there was no other way but to approve the results of 2017 census results, which was rejected by many political parties, including the PPP and the MQM-Pakistan, who allege manipulation and undercounting in the process.

The minister said the government would take all measures to ensure transparency in the next census “as it is directly linked to national security and unity”. He added: “We share the same reservations over the results as other provinces and parties, including the MQM-Pakistan, but we cannot rectify the results of the previous census.”

The cabinet had also set up a committee that held six meetings, and after extensive considerations submitted its recommendations for approval of results of the census in the larger national interest and for the conduct the next census as early as possible by adopting modern technologies, said Umar.

According to the census results, the country’s population is 207.68 million – with -0.043% difference with provisional results – with a population growth rate of 2.4% from 1998 to 2017. Punjab is the biggest province as 52.9% of the country’s total population live there

However, the share of Punjab in the overall population pie has declined when compared with the 1998 census results. Balochistan and K-P are the beneficiaries of the reduction in Punjab’s share, as Sindh’s share in the total population remains unchanged – at 23%.

The highest population density is in Islamabad – 2,211 persons per square kilometre – and lowest in Balochistan 35.53 persons. Majority of the Pakistani population is in the age 15 to 64 years with 53.40% while 40.31% population in age group of less than 15 years.