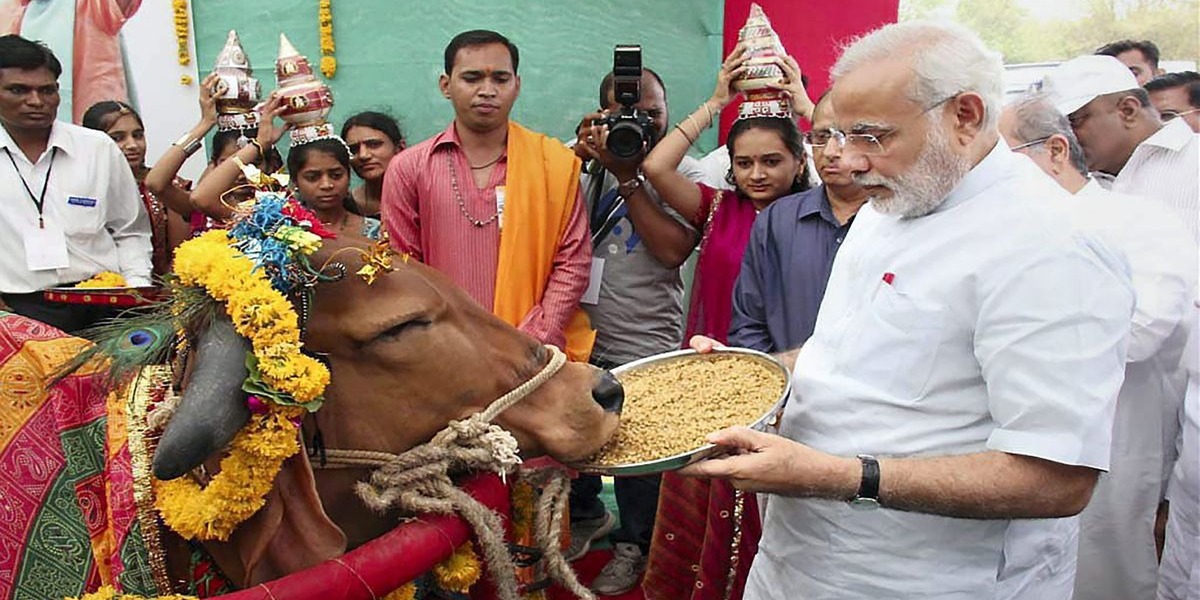 A nationwide online “cow science” exam will be held in India next month attributed to the latest push by the Hindu nationalist government in order to encourage the protection of the sacred animal, officials said on Wednesday.

The test will last an hour on February 25, comprised of 100 multiple-choice questions in Hindi, English, and 12 regional languages. Children, adults as well as foreigners are allowed to take the test.

According to the Rashtriya Kamdhenu Aayog (RKA) cow protection agency created by Prime Minister Narendra Modi’s administration, the aim is to access the public’s knowledge and “sensitize and educate” them.

“The cow is full of science and economics. People are not aware of the true economic and scientific value of the animal.”

The test comes with a study material provided by the RKA which includes knowledge and information about different breeds of cows along with a theory that suggests that slaughtering animals causes earthquakes.

The Ministry of Fisheries, Animal Husbandry and Dairying said.

The cow is considered sacred in many of India’s Hindu majority. However, Modi’s rule has turned it into a political and sectarian flashpoint and the government’s top priority since millions of dollars are invested in programs to protect cows and other researches including uses for bovine dung and urine.

The government of Modi’s Bharatiya Janata Party (BJP) increased the jail terms to seven years with a fine of 1 million rupees for anyone involved in cow slaughtering.