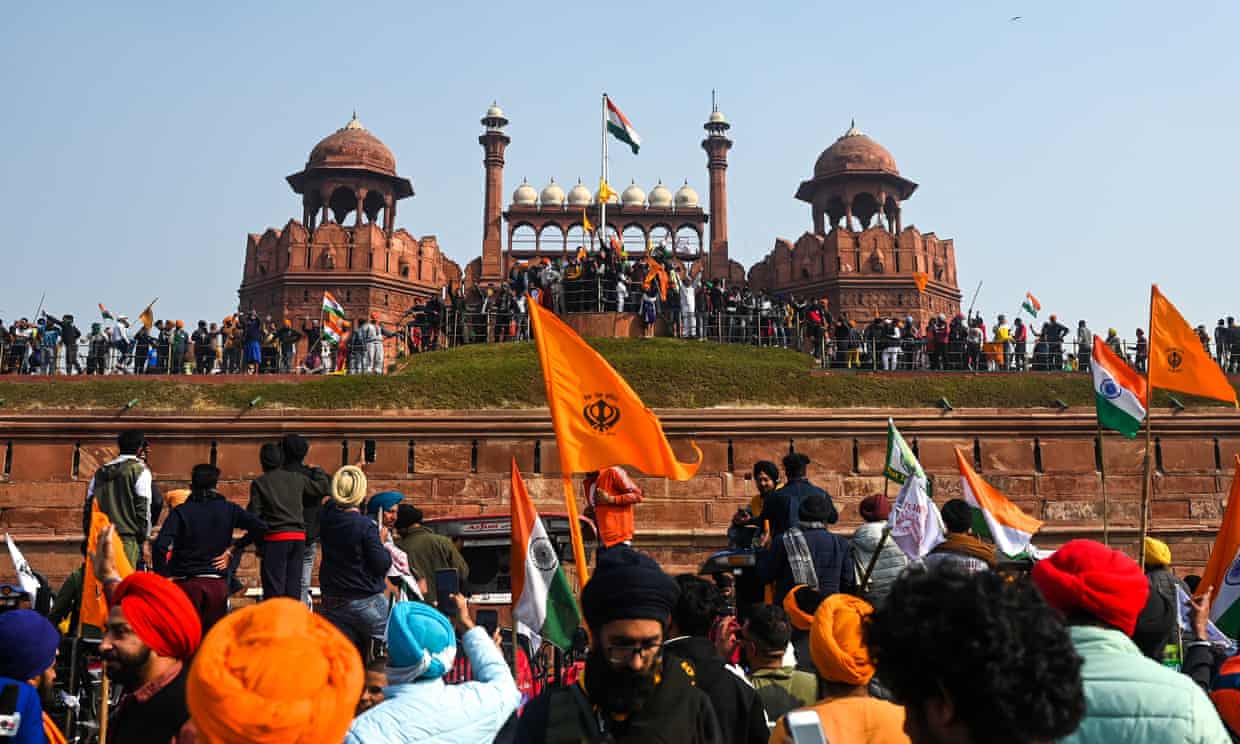 Farmers stand on the ramparts of Red Fort as they continue to protest against new agricultural laws. Photograph: Sajjad Hussain/AFP/Getty Images

Farmers have cleared the way with containers and heavy cement barricaded tractors placed by the government on the inner and inner roads of the capital.

Police are using tear gas and baton charges at various places to stop the farmers from moving forward. Clashes between farmers and police have broken out in several parts of the city, with one farmer confirmed dead.

A large crowd of farmers reached the Red Fort and hundreds of protesters stood at the site of the fort wall where the national flag is traditionally hoisted on Independence Day.

It may be recalled that farmers are holding a tractor rally in the capital New Delhi on the occasion of the 72nd Republic Day of India. The rally has been dubbed the Tractor Parade.

It is to be noted that Indian farmers have been protesting for the last two months against the new agricultural laws framed by the government. The protest is taking place at three different locations on the outskirts of Delhi, with thousands of farmers and their families participating.

They are demanding the repeal of the controversial laws because they fear they will not be able to get a fair price for their grain and local markets will be taken over by private traders.