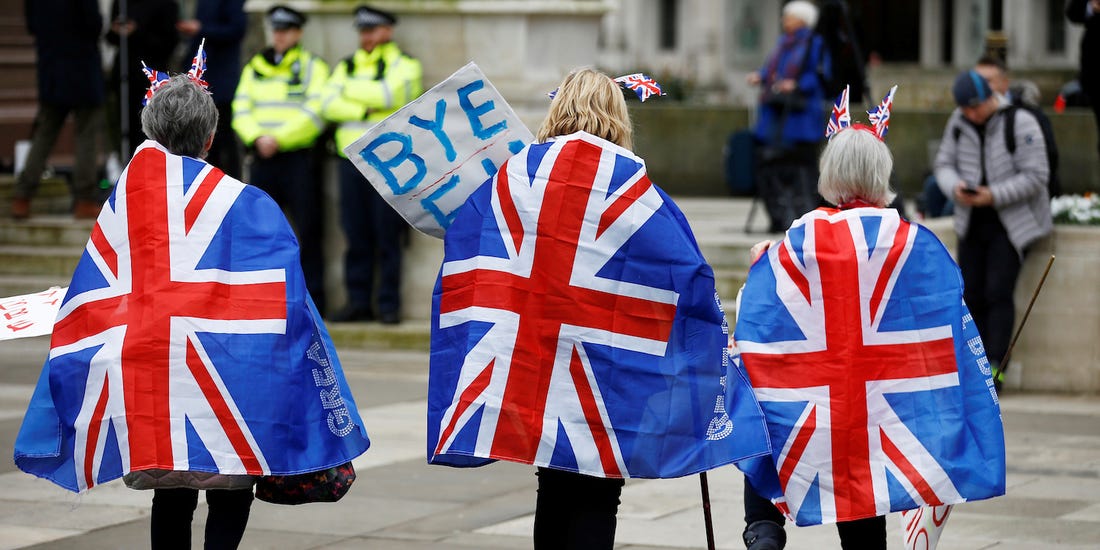 As the world evolves, new paradigm shifts and alignments have surfaced with far-reaching economic, social, strategic, security, and political consequences. Needless to say, Brexit was not an isolated incident. With nationalism and far-right movements gaining momentum, new global blocks have emerged, currently in their embryonic stages. Despite being strategic allies with the European Union, the United States continues to openly encourage countries to leave the EU and pursue xenophobic and Islamophobic policies.

However, it is surprising as to why the US is interested in breaking apart its most trusted ally. This policy appears to be that of the destruction of former allies and the creation of new partnerships. The trust between the two has dwindled leading to US’s strategy to create splinter groups within the EU. Nevertheless, this has not gone unnoticed. Composed of first world, wealthy nations, the EU is focused on safeguarding its interests and coming forth as an independent bloc – ready to ward off US’s attempt of disintegration. A new rivalry is set to see formation as the UK is likely to side with the US in this struggle. However, the exact timeframe is unclear.

With a plethora of new alliances emerging, the key players are still the US, EU, China, and Russia. It is pertinent to note that these shifts will not be constrained, rather will move towards other parts of the world, including the Middle East and the Subcontinent. In this scenario, India could emerge as a significant player if it is able to resolve issues with neighboring Pakistan. Historically, the EU was the symbol of peace in the world order following World War II. But with Brexit, this journey appears to have been scrapped. Since the declaration of Brexit, attitudes have changed and former friendships leading to acrimony may result in animosity in the near future.

Following the 2008 financial crisis, austerity became a subject of policy in the UK. Due to the failure to upend lower-income classes, populist parties were able to manipulate locals in their campaign against immigrants, leading to undue hostility between communities. Historical tilt towards the left is no more as locals flock in numbers to the right, offering themselves to their former adversary with the belief that the real enemy are those immigrants taking up their jobs.

This is a clever strategy adopted to create a scapegoat for social inequalities prevalent in society. The only viable option posed is the complete elimination of such minorities – a modest replica of the late 19th and early 20th century. However, these concerted efforts can be tamed through the saner elements in society but due to political interests manifested both within and outside the Conservative Party, it appears to be a mountainous task. To subdue divisions within the party, David Cameron attempted to settle the rancour through the promised referendum but that only worsened matters. Leading the ‘Remain’ campaign alongside the reluctant opposition leader, a grave mistake was committed by Cameron.

Not only was it ill-planned but the timing could not have been worse as Nigel Farage, leader of the UK Independence party stirred the patriotic sentiments of the marginalized people. Arguably the most influential modern leader of British politics, he has been able to dictate political agenda for years. Basing the ‘Leave’ campaign on lies, rhetoric, and distorted facts, it eventually slumped into populist anti-immigrant propaganda to settle previous scores. Warnings from independent research organizations, government, IMF, and Bank of England were largely ignored as Farage played with fear and fire.

Clear divisions struck as urban, middle, and educated classes opted to remain whilst rural, upper, and lower classes were swayed towards the leave vote. Important to note is that serious repercussions could arise as Scotland and Northern Ireland, two components of the United Kingdom opted to remain while England and Wales voted to leave. Since the Brexit vote, more Scots have agreed to independence thereby, resulting in a weakened Union whilst the exit deal commits to a formal border between Northern Ireland and the rest of the Union.

The primary objective of Brexit was to monitor and control border inflows due to the stated belief that immigrants were taking up jobs. However, statistically, they have been basically filling the gaps in the job market where locals were unwilling to work. Unfortunately, Brexit is symbolic of the regressive global populist movements opposing globalization and free trade in a bid to revive the ‘Global Great Britain’. A proposed benefit advocated by Brexiteers was to negotiate Free Trade Agreements independently of the EU standard procedures. However, it poses a serious problem regarding the quality of products in adherence to minimum rules, regulations, and standards – a hard pill to swallow.

On the contrary, UK hopes to reap maximum benefits from the EU which is unlikely as it may undermine the competitiveness and encourage members of the EU to quit the Union. For the EU itself, Brexit presents an existential threat in the face of rising populist parties in member states combined with international strikes ready to cause destruction.