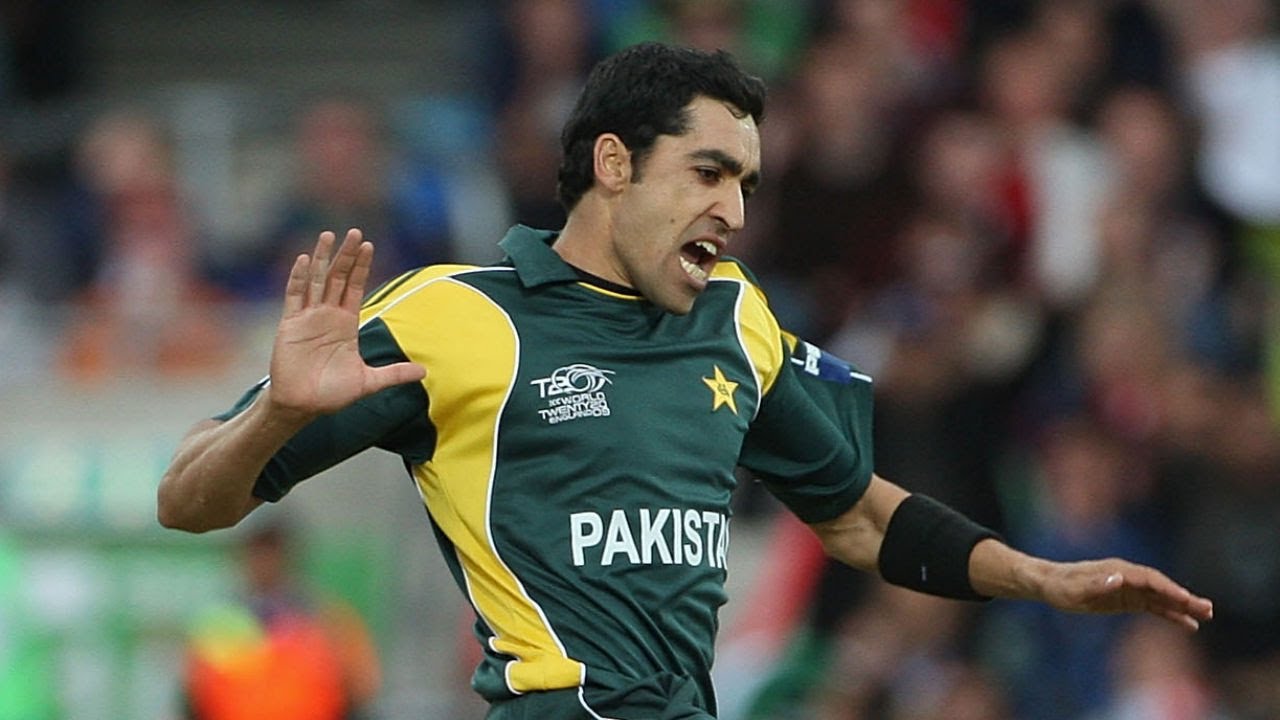 On 14TH April 1984 a boy was born in Peshawar and who knew this little boy would do wonders for Pakistan. Like every Pakistani kid, Umar Gul initially played street cricket.

At that point in time, he had no idea that this game will bring him fame, money, and respect for him in the future. Gul’s friends advised him to start playing the game professionally as he was way too good for street cricket.

Umar Gul was selected for Peshawar domestic team in 2003 and due to his outclass performance he debuted for Pakistan national side in August 2003 and played his first
one-day international against Zimbabwe in April. A few months later Gul played his first Test match versus Bangladesh in August.

While playing four one-day matches at the Cherry Blossom Sharjah Cup against Zimbabwe, Kenya, and Sri Lanka where he took four wickets, and he was in and out of the one-day team after that tournament. In his debutant home series against Bangladesh in 2003 he performed impressively and took 15 wickets in the three Tests, and emerged as second-highest wicket-taker for Pakistan. Gul was retained for the ODIs against Bangladesh, taking a List A best five for 17 in nine overs in the third match, and ended with 11 wickets in the 5–0 series win. However, he could not get a permanent slot on the one-day side. Because of inconsistent performances, he was dropped from the one-day side.

Umar Gul after performing impressively on the domestic circuit again catch the attention of selectors. He was picked for the second Test against India in 2004. He returned with vengeance and took 6 wickets against the arch-rivals and played a pivotal role in Pakistan’s victory at Qaddafi Stadium. However just after this match unfortunately he was diagnosed with stress fractures in his back. After a lengthy injury lay-off, which kept him out of international cricket for nearly two years, Gul returned to the Pakistan fold in 2006. Firstly with quiet away series against Sri Lanka then followed by a tour to England in Though the series was disappointing for Pakistan but Umar Gul spearhead the pace attack in the absence of senior bowlers who were sidelined due to injuries. In this series, he took 18 wickets in four tests and justified his selection.

In February 2009, Gul recorded his best test figures in the Pakistan team, taking 6 for 135 on a flat pitch against Sri Lanka. In July 2010, Pakistan faced England at Trent Bridge and was 147 for 9 in their first inning when Umer Gul came to bat and surprisingly destroyed the English attack with cameo inning of 65 not out. Umar Gul was given the name “Gull-dozer” because of his lethal destructive yorkers. He was compared with a bulldozer because his bowling was equally destructive.

With injuries limiting Gul’s Test cricket participation, he made a distinct change to his bowling set-up, making a focus on bowling in the late overs of T20. He got his opportunity with the absence of Sohaib Akhtar and Abdul Razzaq in the 2007 ICC World Twenty20 held in South Africa. He bowled from the 13th over onwards and finished the tournament with 13 wickets, becoming the leading wicket-taker ahead of Shahid Afridi and RP Singh. He was named in the ‘Team of the Tournament’ by Cricinfo for the 2007 T20I World Cup. Umar Gul became the first bowler to take 5 wicket haul in T20.

He was also part of the Pakistan team that lifted the trophy at Lords while also finishing as the leading wicket-taker of the tournament for the second consecutive time. He gained a lot of wickets bowled, in particular with late reverse swinging yorkers, which dip late to slide under the bat and leave little room for batsmen to maneuver the ball. Consequently, he has also an excellent economy rate in this format of the game. Internationally, Gul has taken 47 wickets in 32 games at an average of 14.65. He is the second leading wicket-taker in Twenty20 internationals behind teammate Shahid Afridi.

Gul appeared in all three of Pakistan’s group matches in the 2007 World Cup taking four wickets. He also appeared in all of Pakistan’s matches at the 2007 ICC World Twenty20 taking 3/15 off 4 overs in the semi-final victory over New Zealand. He took three wickets in the final to finish as the tournament’s leading wicket-taker.

Recently in the domestic tournament “National T20 Cup” Gul played for Balochistan and decided to take retirement from all forms of cricket. Umar Gul served Pakistan and other teams including Quetta Gladiators (PSL), Kolkata Knight Riders (IPL), and other teams from different leagues.

Umar Gul will definitely be missed by his teammates and fans as well. Gul said he still loves the game and wants to play forever but everyone has to leave one day. in an interview with a news channel, Gul also stated that the 2011 World Cup defeat against the rivals India was still is the biggest regret. Everyone wished Umar Gul the best of luck for his future endeavors.