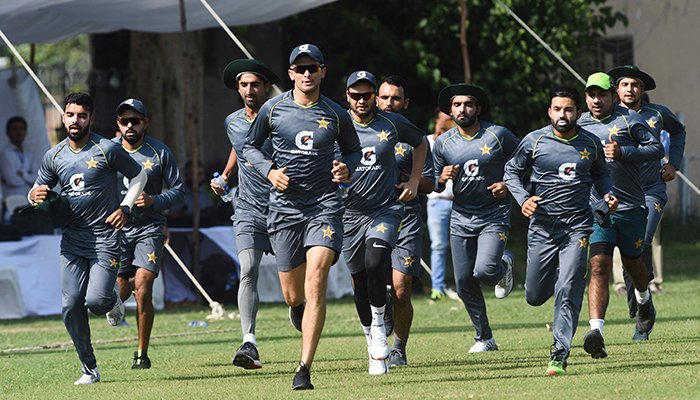 LAHORE: The Pakistan Cricket Board (PCB) has changed the team’s training schedule, cancelling today’s scenario match scheduled at the LCCA ground, the board said in a statement Thursday.

The players will now do a two-hour net session at the Gaddafi Stadium later today as part of their preparations for the ICC Men’s T20 World Cup.

The PCB did not share further details about the change of plan in the schedule.

In another update, the PCB shared that all the players have tested negative for COVID-19.

The cricket board said that the squad will depart for the UAE on a chartered flight at 11:00am tomorrow. They will leave the hotel at 7:00am for the airport.

Earlier, on Tuesday, the ICC had announced a schedule for the warm-up matches, which take place between participant teams.

A total of 16 fixtures will be played from October 12-20. Each team will play two warm-up matches.

Pakistan will kick off their warm-up fixtures on October 18 against West Indies, and conclude on October 20 against South Africa.

The green shirts will then take the field on October 24 with a blockbuster clash with arch-rivals India in Dubai.