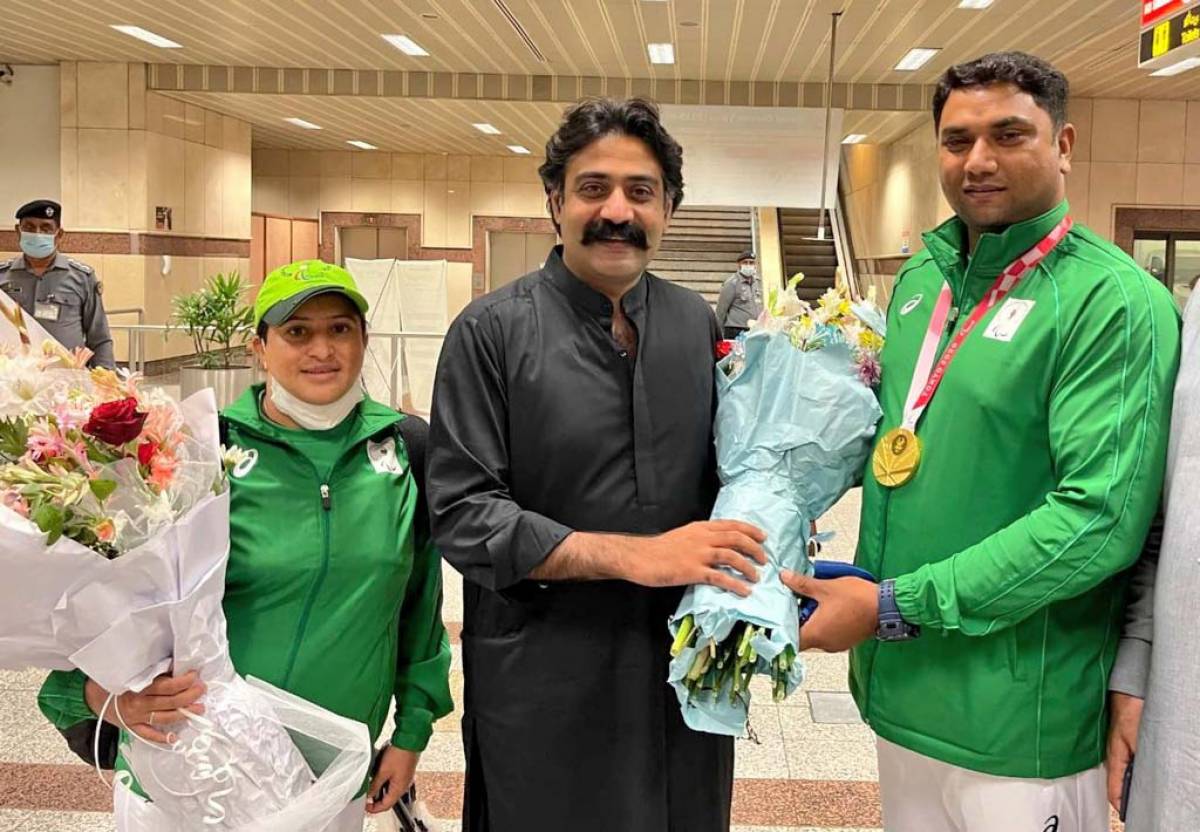 LAHORE (TTI News) – Haider Ali, gold medal winner at the Tokyo Paralympics, was accorded a rousing welcome at the Allama Iqbal International Airport in the wee hours of Monday on his return from Tokyo, TTI News reported.

Pakistan’s para-athlete Haider Ali,who won the gold medal in the discus throw competition at the Tokyo 2020 Paralympic Games, was received at the airport by Punjab Minister for Youth and Sports, officials of Athletic Federarion and a large number of people.

Haider Ali has won the first gold for Pakistan in the discus throw competition at the Tokyo Paralympic Games. Haider Ali threw a 55.26 metres throw in his fifth attempt out of the total six he made to score the best distance.

When Anila Baig got disqualified for not winning any medal, Ali became the last hope for Pakistan to win a medal. He competed in the F37 Discus Throw competition and won the first gold for Pakistan in the Paralympics.