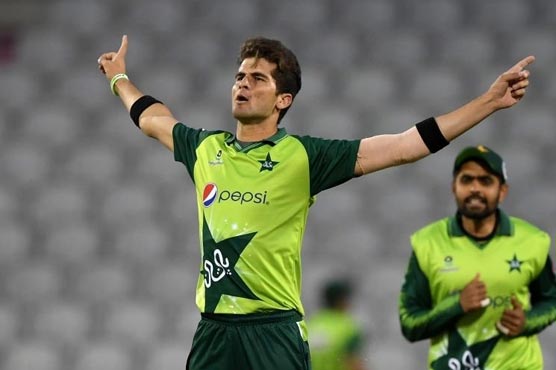 RAWALPINDI: Pakistan cricketers Azam Khan and Shaheen Afridi have been fined for showing dissent and breaching the Pakistan Cricket Board’s code of conduct during the ongoing National T20 series.

According to a statement issued by the PCB, in two separate incidents, Khyber Pakhtunkhwa’s Shaheen Shah Afridi and Southern Punjab’s Azam Khan were slapped with fines amounting to 40% and 25% of their match-fees, respectively, for breaching the PCB Code of Conduct for Players and Players Support Personnel.

The violation of the code of conduct took place during the matches against Southern Punjab and Balochistan, respectively.

Both players were found to have violated Article 2.8 of the PCB Code of Conduct (Level 1), which reads as: “Showing dissent at an Umpire’s decision during a Match.”

Azam and Shaheen pleaded guilty to the charges. Azam accepted the sanction proposed by the on-field umpires Ghaffar Kazmi and Imran Jawed.

The sanction was levelled by match referee Nadeem Arshad.

On the other hand, Central Punjab and Khyber Pakhtunkhwa teams have been fined Rs40,000 and Rs25,000, respectively, for maintaining a slow over-rate in the series, the PCB’s statement said.

Both teams were charged under Article 2.22 of the PCB Code of Conduct for Players and Players Support Personnel that deals with minimum over-rate offences.