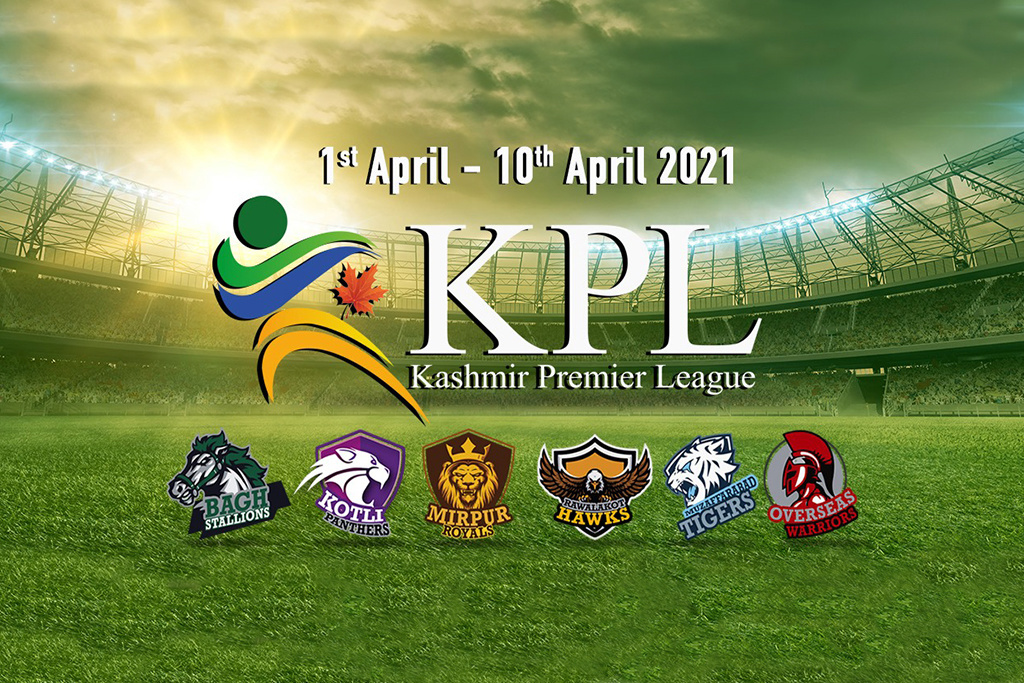 Kashmir Premier League (KPL) is a league for the youngsters of Kashmir. The inaugural edition has started from August 6 and the final will be played on 16 August.

It was founded in 2020 and currently its inaugural season is being played. Each team is led by a Pakistani cricket superstar. There are four overseas players in the league as well.

Pakistan Cricket Board’s Kashmir Premier League is a T20 league consisting of six teams, five of them representing the cities in the Azad Jammu and Kashmir and one representing overseas Kashmiris. All six teams have one overseas slot.

Kashmir Premier League is not focusing on the star players or foreign players. No doubt, they are superstars of the world but the purpose of this league is to showcase the talent of Kashmir and to bring Kashmiri players up on the board and in the eyes of selectors.

The Board of Control for Cricket in India (BCCI) wrote to International Cricket Council (ICC) that Kashmir Premier League should not be recognized by the ICC as this is an “illegal territory occupied” by the Pakistan Army.

The BCCI has also threatened the overseas players by telling them that they won’t be allowed to enter India for any cricket related work and will be banned from India if they participate the KPL. They threatened cricket boards all around the world as well.

The Indian Board also threatened players individually. Herschelle Gibbs even tweeted about the situation how BCCI is mixing politics and cricket and it’s a very childish thing to do.

Former England spinner Monty Panesar was initially part of the league but the pulled out due the childish behavior of the BCCI. A senior member of International Cricket Council (ICC) spoke to a news channel in which he said that there’s nothing ICC can do about it as its not an international event.

India failed to do anything about the league other than promoting it more around the world even more and just making a fool of themselves.

The league started, Rawalakot Hawks played their first match against Mirpur Royals. The Hawks elected to bat first. The openers made a partnership of 100+ runs. And then the little cameo of Shahid Afridi brought excitement to the match.

Rawalakot Hawks set a total of 194. Mirpur Royals were confident to win the inaugural game of KPL but failed to do so. They scored 151 in 20 overs. Bismillah khan scored 59 of 34 deliveries and was named man of the match.