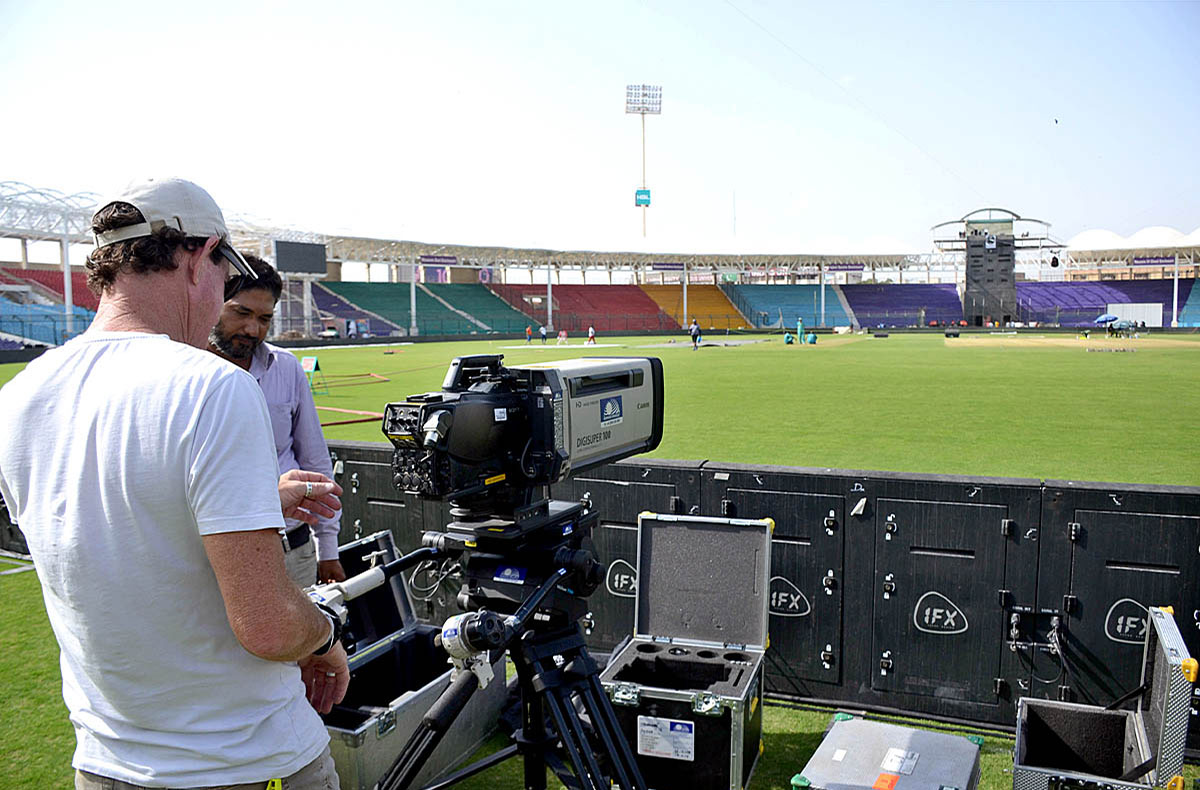 Despite Pakistan Electronic Media Regulatory Authority’s complete ban on producing and broadcasting Indian content on local news or entertainment, a sports company owned by Indians is running a complete sports channel in Pakistan. And this is being done at a time when the Indian attitude towards Pakistan is very hostile. Indian company Sony Entertainment is running a sports channel through Proxy Company.

This generosity is shown at a time when Indians are trying their level best to damage Pakistan politically and financially at all levels. When it comes to cricket, Indians are proving to be the worst enemy of Pakistan and blocking it at all levels. A shocking example was witnessed during the last Pakistan Super League tournament when the Indian company was hired to telecast matches in Dubai.

When the venue of these matches, as per schedule was shifted to Pakistan, Indian company simply refused to cover matches in Pakistan. At a large moment, Pakistan had to arrange another company, which of course caused more financial damage due to its urgent need. Even authorities did not take notice of the letter written by Special Assistant (former) to Prime Minister Yousaf Baig Mirza (YBM) to the Ministry of Information and Broadcasting.

In this letter, he highlighted the issue of Indian companies operating in Pakistan, damaging state broadcaster (Pakistan Television) financially. YBM in his letter said,

“It is evident that Indians are trying to block and damage Pakistan in every possible manner, whenever they feel that Pakistan is getting any commercial benefit or positive promotion in the field of sports and otherwise.”

He pointed out that some Indian origin channels are operating in Pakistan through a proxy of a Pakistani company or individuals, who have obtained the licenses from PEMRA fronting Indian businessmen or Indian origin channels. The primary examples are of Ten Sports & Ten Sports 2 which were previously owned by ZEE Network and now by Sony Entertainment India.

“PEMRA has shown a great deal of leniency, despite the fact that all content and investment in Ten Sports is being done by Indian origin channels previously by Zee Network and now by Sony”.

The former advisor was of the view that it is in common knowledge that all beneficial owners are either Indians or of an Indian origin. In the letter, he urged the then Federal Minister for Information Fawad Choudhry to advise Pakistan Electronic Media Regulatory to stop transmission and cancel the licenses of M/S Tower Sports (Ten Sports & Ten Sports 2) as they are taking worth millions of dollars business from Pakistan. This has inflicted huge losses to the exchequer and curtailed the revenue of PTV Sports.

Market sources also endorsed the concerns expressed by Yousaf Baig Mirza. One of the top executives of an advertising company said Ten Sports is minting money in Pakistan like anything. He said the annual revenue for Ten Sports from Pakistan is in the range of Rs 1 billion to Rs 1.5 billion. He further said the management of Ten Sports knows very well the potential of the Pakistani market, which is why they wanted to launch Ten Sports 2 in Pakistan on a big scale early this year. However, the outbreak of COVID-19 pandemic delayed the launch. He said during the coverage of the World Cup last year, the revenue Rs 1.2 billion was generated through advertising. He said half of it went to Ten Sports which could easily have gone to PTV if this Indian owned channel wasn’t allowed to operate here.

“The government and the establishment know very well that Ten Sports is Indian owned channel but strangely they want to remain ignorant of this issue and one fails to understand why,” he observed.

Last year over two dozen Indian nationals, came to Pakistan for the coverage of Pakistan-Sri Lanka and Pakistan-Bangladesh series, despite the fact that Pak-India relations were so strained that both countries were on the verge of war. Sources in Pakistan Cricket Board (PCB) said that Tower Sports (Ten Sports & Ten Sports 2) is a Singapore based company due to which the government or PEMRA didn’t raise any objections.

However, sources privy to the matter informed that Indian national, Aneel Mohan is currently working with PCB. Aneel previously worked for the PCB. When contacted, PCB officials refused to comment. A PCB office-bearer, requesting anonymity, said the services of Aneel Mohan were hired because there is no one in Pakistan with state-of-the-art television technology. Senior sports journalist Abdul Majid Bhatti said that lack of expertise made Pakistan totally dependent on Indian companies. He further stated that PCB acquired the services of an Indian crew for the coverage of the Pakistan Super League, however, airfare or service charges for the Indian technical staff were paid since it only cost them bus fare from across the Wagah Border.

PEMRA spokesman through text message said that they had already sent this case for security clearance to the Ministry of Interior. He also said that the future course of action by PEMRA against Ten Sports will depend on whatever directives it will receive from the Ministry of Interior.  When asked how Ten Sports is airing its transmission without security clearance, he clarified that they only renewed the license of Ten Sports and no new license has been further issued.