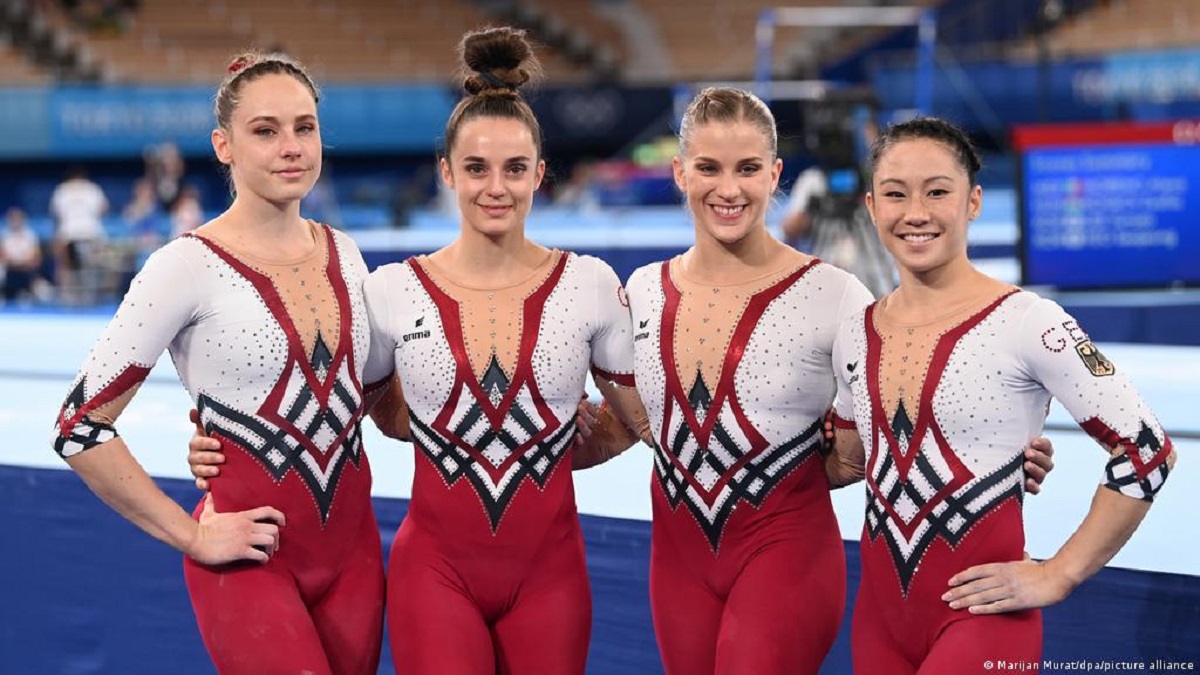 The German women’s gymnastics team opted to wear full-body suits in qualifications at the Tokyo Olympics on Sunday in a move they said was designed to promote freedom of choice and encourage women to wear what makes them feel comfortable.

The team, composed of Sarah Voss, Pauline Schaefer-Betz, Elisabeth Seitz, and Kim Bui, competed in red and white unitards, which are combined leotards and leggings extending to the ankles. They wore similar outfits during training on Thursday and said they could choose to wear them again in competition.

Voss said the team had discussed their choice of attire before competing on Sunday and had settled on the unitard. “As you are growing up as a woman, it is quite difficult to get used to your new body in a way,” the 21-year-old said.

“We want to make sure everyone feels comfortable and we show everyone that they can wear whatever they want and look amazing, feel amazing, whether it is in a long leotard or a short one.”

Voss said the team — which wore full-body suits at the European championships in April in a move aimed at countering the sexualization of the sport — were keen for the trend to catch on.

“We want to be a role model, in any case, to make everybody have the courage to follow us,” Voss said.

The Germans’ decision to wear unitards earned them praise from fellow competitors in Tokyo.

“I think it’s really cool that they have the guts to stand on such a huge arena and showgirls from all over the world that you can wear whatever you want,” said Norwegian gymnast Julie Erichsen. “I applaud them for that.”

In recent years gymnastics has been rocked by widespread cases of sexual and physical abuse, prompting the introduction of new safety protocols meant to protect athletes.

For women, the standard competition outfit is a leotard, with long, half-length sleeved and sleeveless garments allowed. Outfits covering legs are authorized in international competitions but to date, they have been worn almost exclusively for religious reasons.

In July, Norway’s women’s beach handball team had also protested against sexualization in the sport by opting to wear shorts instead of bikini bottoms at a European championship match in Bulgaria. The team was fined 1,500 Euros ($1,764) for being “improperly dressed” as per the regulations.