Prior to their Asia Cup match on September 2, the PCB Thursday released a video of Babar Azam interacting with Nizakat Khan of Hong Kong.

Hong Kong skipper Nizakat Khan had a candid chat with his Pakistani counterpart, Babar Azam, ahead of the Asia Cup 2022 match-up between the two teams. The two teams square off in a virtual eliminator on Friday.

Nizakat Khan, the captain of Hong Kong, who also claims Pakistani ancestry, and Babar Azam met before the game. On Thursday, the Pakistan Cricket Board’s official Twitter account shared a video of their endearing pre-game conversation in which Nizakat could be heard asking Babar for “advice” on batting.

Khan complimented Babar on his batting during their talk and was also spotted swinging the bat of the Pakistani skipper. 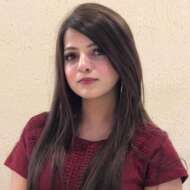