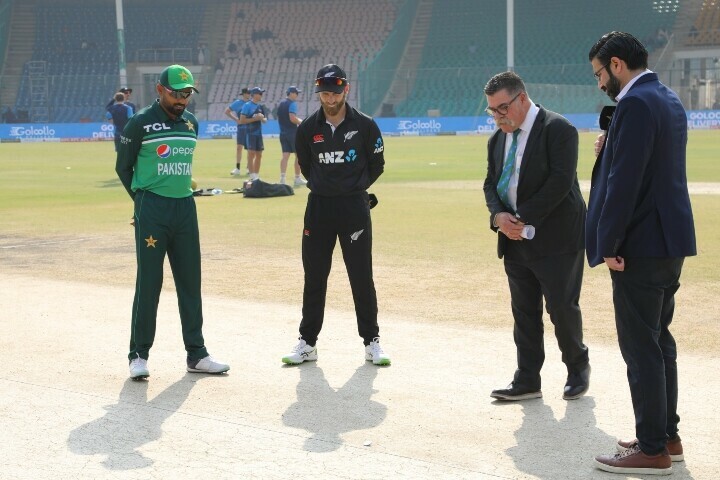 The teams will also meet on Wednesday and Friday, both times in Karachi. New Zealand, runners-up at the last World Cup in 2019, won 10 of their 16 ODIs last year.

They have been dominant against Pakistan, having won 12 of the last 15 ODIs between the two teams.

Five Tests in a row, losses in three, and victory in none. Add to it an abrupt change of regime in their cricket board, and Pakistan has gone through a lot in the last six weeks. Finally, however, they are set to return to their comfort zone; One-day International cricket.

The Babar Azam-led unit goes into the three-match series against New Zealand — starting today, and to be played in its entirety here at the National Stadium — at the back of eight consecutive wins and with the possibility of finishing at the top of the ICC World Cup Super League table at the end of its cycle if they win 3-0.

The 2023 World Cup is set for India later this year.

In this article:Cricket, Pak Vs NZ 1st ODI