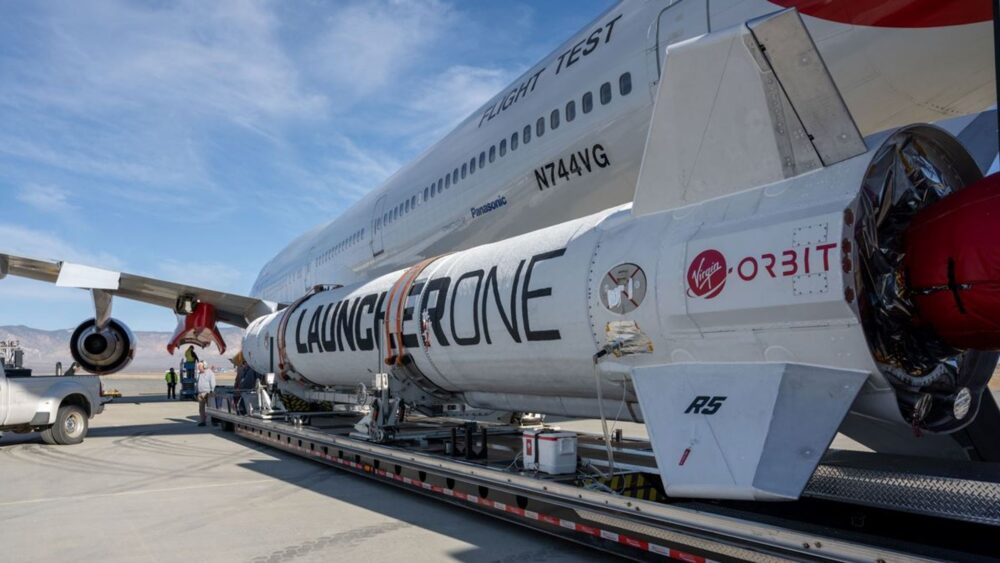 London: Britain’s attempt to become the first European nation to launch satellites into space ended in bitter disappointment early on Tuesday when Virgin Orbit said its rocket had suffered an anomaly that prevented it from reaching orbit.

The Virgin Orbit statement said, “We appear to have an anomaly that has prevented us from reaching orbit. We are evaluating the information.” Virgin Orbit had initially tweeted that LauncherOne had reached earth orbit. It later deleted the tweet.

“Over the coming days there will be an investigation by the government and various bodies, including Virgin Orbit,” Matt Archer, Commercial Space Director at the UK Space Agency said.

The second stage engine had a technical anomaly and didn’t reach the required orbit. He didn’t give any more explanation for the failure. Virgin Orbit and the UK government will now investigate the cause of the problem, he says.

The mission had been welcomed as a historic first for Cornwall, Britain and Europe. While thousands of enthusiasts watching from beside the Newquay Airport runway in Cornwall cheered “Cosmic Girl” took off. The crowd quickly and quietly dispersed following the announcement of failure.

Had it succeeded it will be a major milestone for UK space, marking the birth of a home-grown launch industry.

This first foray into orbital launch from UK territory is actually using an American company, Virgin Orbit, that was founded by Sir Richard Branson.The British entrepreneur has had one of his old passenger airliners converted to carry a rocket, called LauncherOne, underneath its left wing.

The launch was the country’s first ever orbital space mission to have been launched from the British soil. The mission had repurposed a 747 jumbo jet to release a rocket over the Atlantic. The Rocket was to take nine satellites in the space.

“What we’ve seen over the last eight years is this building of excitement towards something very aspirational and different for Cornwall, something that started off as a project that not a lot of people really believed was ever going to happen,” said Melissa Thorpe, who heads up Spaceport Cornwall.

“What I think people have seen here in Cornwall is a small team that lives and breathes this county deliver something quite incredible.”

The failure deals a further blow to European space ambitions after an Italian-built Vega-C rocket mission failed after lift-off from French Guiana in late December.

Europe has suffered a series of setbacks in the past year, with its key Ariane 6 launcher delayed, access to Russian Soyuz rockets blocked by the Ukraine war, Vega grounded and now a showcase launch for the burgeoning small launcher industry abandoned.

Britain says it is the leading non-U.S. manufacturer of satellites, with 47,000 people employed in its space industry. It has called for the development of multiple potential micro launch sites including two vertical launchpads in Scotland.