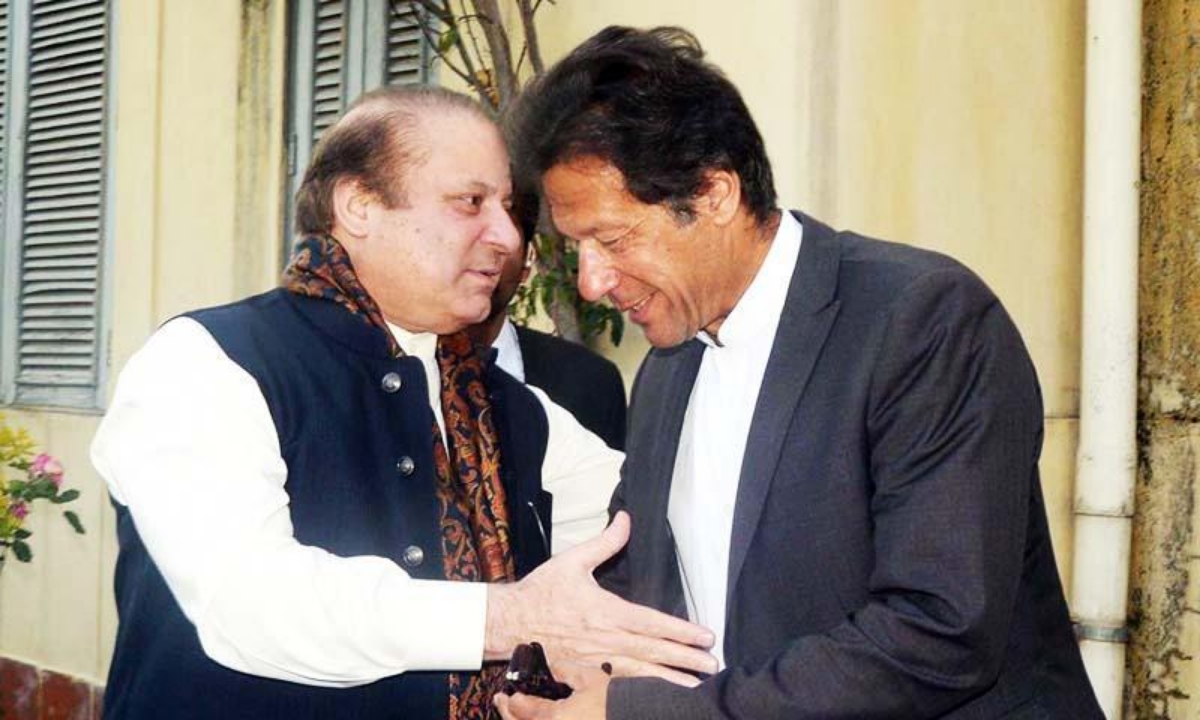 THIS YEAR THE COLD DECEMBER will have the highest political temperature when all major opposition parties gathering on the platform of the Pakistan Democratic Movement (PDM) will be completing their public meetings against the government’s policies and gearing up for a long march to Islamabad in a bid to get rid of the PTI-led coalition government in January.

Handing over of the PDM leadership to Maulana Fazlur Rehman has eliminated any flexibility or scope for dialogue. On the other hand, Prime Minister Imran Khan is also not willing to come to the table for talks with the opposition and is continuing in the tone of the leader of the opposition.

Judging by the political landscape, neither side seems to have a conscious, mature, ideological, and conciliatory attitude, but everyone seems to have some opinion. As the proverb says, “when elephants fight, it is the grass that suffers”.

This elephant fight had started during the second tenure of the PML-N and the reason was to put into practice the long-cherished desire of Nawaz Sharif to become the prime minister for the third time. Twice earlier this wish was made impossible, this time they were still not ready to relinquish their powers, so the result was the same as in the past – Nawaz Sharif was convicted and opted to go into exile. And this time it was about ending the political careers of the big fish; perhaps with the intention to get rid of the politicians who have been hovering over the political horizon for the past 4 years.

Hence, with the formation of the PDM following the All Parties Conference (APC) held on September 20 and the announcement of the seven-point action plan, the drumbeat of the beginning of the political war has started. The aggressive speech made by PML-N leader Nawaz Sharif at the APC also made his intentions very clear – to go for agitation against the ruling powers. It is also a fact that for the last one year, Nawaz Sharif has provided ample opportunity to test his brother Shahbaz Sharif’s statement of reconciliation and silenced his daughter Maryam Nawaz, who is known for starting aggressive politics. However, Shahbaz Sharif’s efforts could only be fruitful until Nawaz Sharif was escorted to London because on the other hand the terms of not posing any problems for the government till 2023 were not well taken by Nawaz Sharif and Maryam Nawaz.

So, the connection broke again and Nawaz Sharif and his daughter once again took up the strategy of resistance. However, his comrades like Shahbaz Sharif and Khawaja Asif are still unable to swallow this pill and hence the former considered it more appropriate to withdraw his bail application from the Lahore High Court and go to jail instead.

Due to the same dilemma in the party, Maryam Nawaz admitted that it is not up to everyone to bear the burden of Nawaz Sharif and his narrative. In the context of Nawaz Sharif’s disqualification, his punishment, and revocation of bail, they now have no choice but to start a protest movement and since they have nothing to lose now, the bitterness in their tone is increasing with each passing day. If there is any obstacle in the way of their intentions in their party now, they will not accept it at all. That is why Nawaz Sharif himself gave the order to expel the five members of PML-N who met Punjab Chief Minister Usman Buzdar in the CEC meeting while disregarding Khawaja Asif’s statement about Asif Zardari and his anger forced Khawaja Asif to apologize.

The biggest challenge for the PML-N now is to keep the party united, to make Nawaz Sharif’s statement meaningful, and to ensure loyalty of its members. In the current situation, the encouraging aspect for the PML-N is its workers who have the spirit of sacrifice. The duo is using this strength to fight the most challenging battle of their political career. The PPP has also joined hands with PML-N because despite assurances about its leader-ship, the grip is still tight and the siege against Asif Zardari, and his sister, is being further tightened. Though PPP knows very well that to make opposition agitation drive successful it has to sacrifice government. But now it seems that PPP leadership has made up its mind in this regard. However, after using all the options and not achieving the desired results, the only apparent choice is to walk under the leadership of Maulana Fazlur Rehman, which PPP and PML-N had been resisting since long.

The Senate election in March is an upcoming nightmare for the opposition, especially those with more seats in Parliament, because their silence will destroy them, and the government will have a majority in both houses of Parliament. The leadership of Prime Minister Imran Khan and the coalition government is overconfident about their priorities and loyalties during testing times. However, the federal government is still unaware of the notion that politics is heartless, and the Umpire will save its reputation at any cost.

The role that ministers and spokespersons are currently playing in making the government controversial is certainly a matter of concern for the Establishment. On the other hand, the opposition’s protests are being fueled by constant rhetoric, and the key players who usually play the role of a mediator have been seen quite upfront recently. Instead of correcting the mistake that has been made to gamble on the same horse, the Establishment now making more errors. Due to which the attention of all opposition parties is towards the Establishment instead of the government. What has happened is certainly not a good omen for it as an institution but also extremely detrimental to Pakistan and its security. Given this whole political scenario, one can easily predict that the conflict will intensify with each passing day.

The opposition will show its strength through a joint meeting in Gujranwala on October 18. However, the biggest challenge for the opposition is that contrary to the past, this time the Establishment is supporting the government instead of the opposition. Hence, the arrests of more opposition leaders in the coming days are likely to continue.

No doubt that the governance of the present government and the worst inflation in history has suffocated the life of the common man. When both parties’ confrontation will reach its pinnacle, the helpless and oppressed public will have the last laugh. The last few years have opened their eyes to this tug-of-war for power and now they must respect their vote.