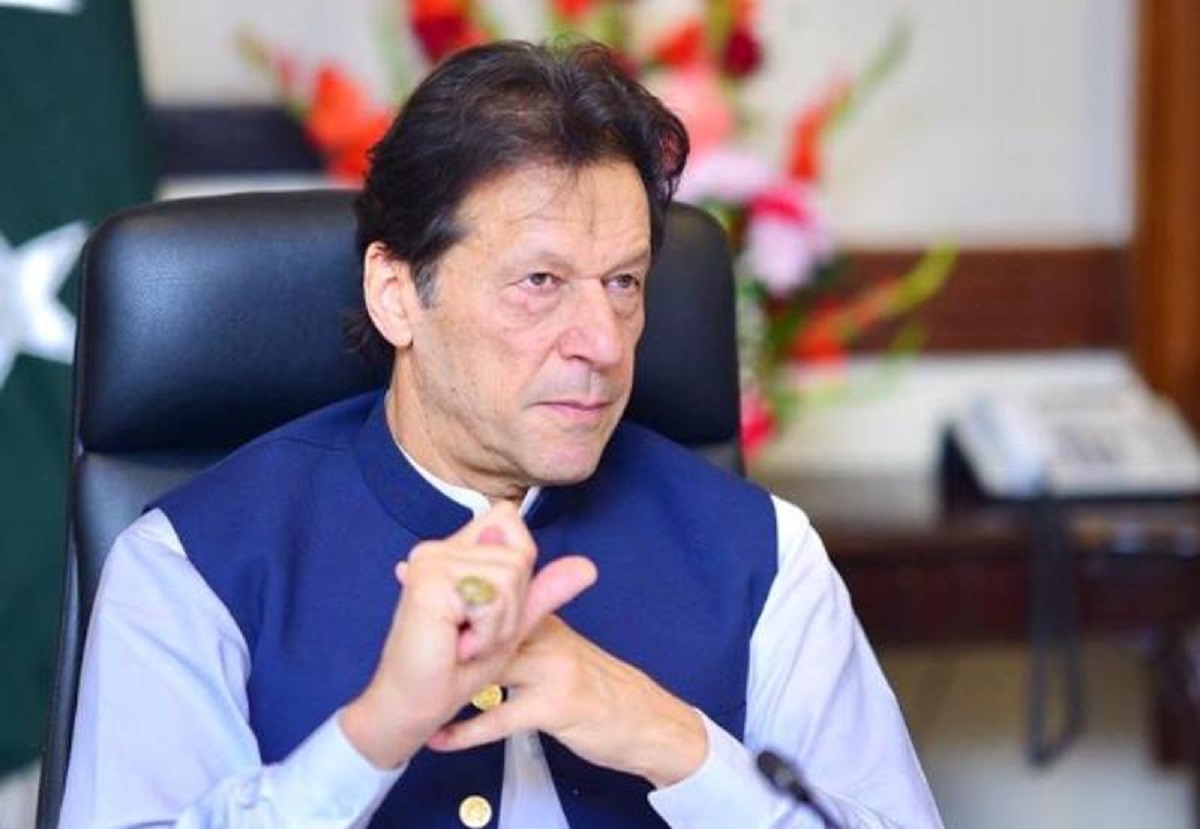 Over a cup of coffee (which he never drank) in Washington’s Mayflower Hotel where I had invited him in 1997, Imran Khan outlined his vision of governance in Pakistan. Earlier in the day, he had delivered an impressive speech at one of the premier think tanks, mesmerizing the who’s who of the town by spotlighting what ailed his country. His handling of the Q&A was brilliant – a rarity for Pakistani politicians, with few exceptions such as Benazir Bhutto.

We kept seeing each other during the early years of the millennium, either over dinner at my Potomac house in Washington or in his ramshackle Bazar Road office in Islamabad, where he drove a rickety car in the down-to-earth demeanor which he still supports.

As the clock moved forward, his convictions showed zero signs of diminishing. Though at that point in time his desire to test the political waters became more pronounced, it looked like just a solo flight. His out-of-the-box kind of political brand made a lot of sense and could sit comfortably with those who were sick and tired of seeing the same faces over and over again. A much harder line on corruption, across-the-board accountability, drastic poverty alleviation ideas, economic uplift, rule of law, religious tolerance, more funding for health and education and to cap it all the Westminster style of answerable parliamentary democracy – it all sounded rather too musical to the ears.

Conversely, those already holding or hoping to hold the citadel of power didn’t sit back. Back in the 1990s, his frequent appearances in the world capital didn’t go unnoticed. His fundraisers for Shaukat Khanum Hospital attracted Pakistani Americans in droves. In an angry and weak moment Imran once said to me that even as a child he had never asked his father for money. But that he needed money then to launch a movement against what he called the ‘Nawaz-Shehbaz Brotherhood’. He asked me to ask my friend Moeen Qureshi to make some contribution towards his party. Moeen Qureshi was non-committal. He said he liked Imran but that also that he found him just “another Asghar Khan in the making”. Yet, he said he would ‘try to get him some help’.

My next stop was George Soros, the billionaire, philanthropist and most successful investor in the history of the United States. He established the Open Society Foundation which granted scholarships to Black students from South Africa under Apartheid, and funded projects for freedom of expression, justice and democracy all over the world. In his heavily accented voice, Soros said, ‘that cricketer fellow? OK, I will fund him. Tell him to join forces with Benazir’. Imran’s reaction was stunning. He refused to accept any funding from a foreigner (and I was told the amount ran into seven figures). And as for joining Benazir, it was just out of the question for Imran. At that time, being an MNA, he lived in one of the apartments at the Parliamentary Lodges.

So who is Imran Khan? I am still struggling with this question after a lapse of nearly two decades. The rise and rise, and perhaps reversible decline, of Imran is a study in political science. How an apparently well-intentioned leader riding the horse of populism could drive an extraordinarily high octane country down a spiral of doom and destruction is a big question. Once in power, he turned his back on the lofty promises he made to an innocent and trusting nation. He captured his dream job. But his dream would translate into a national nightmare.

Imran is a good, simple man. His world is either black or white with a rather simplistic approach to governance. He probably didn’t do any homework before taking power, didn’t build any team like he used to do in his cricketing days. Instead, he just rode the wave of a rock star, which catapulted him into power. He seems to have honestly believed that his old school remedies would fix every wrong, thereby resulting in the reversal of our dwindling fortunes. Now off, now on lapses into home-spun philosophies of statecraft did the rest.

The laws of unintentional, unforeseen consequences took over the driver’s seat. The hopes that he would inject ‘fresh thinking’ faded, dashing people’s huge expectations to the ground. Delusion dominates his style even after two years in office. How relevant to our predicament is Albert Camus, who said, “the evil in the world almost always comes of ignorance, and good intentions may do as much harm as malevolence if they lack understanding’’.

There is no running away from the intoxicants power brings along. They say power corrupts. Apparently, Imran still is doing well in that department; his cabinet meetings are more open and democratic. His press conferences are relaxed and media men and women can ask him any question under the sun.

But there is a big puzzle. Why muzzle the media? Let the law of the land take its course. The arrest and incarceration of Mir Shakil-ur-Rahman on flimsy grounds didn’t bring accolades to the government nor to those who were gunning for him. Nor did it uplift the lofty claims of an independent judiciary, which seems more interested in who should head PIA or how best Covid-19 should be handled. Charles De Gaulle once said that no one is indispensable and “graveyards are full of indispensable men”. Imran Khan like many leaders before him is not indispensable and so is true about those that supported him from within the power structures of the country. Ambitions need to be kept in check.