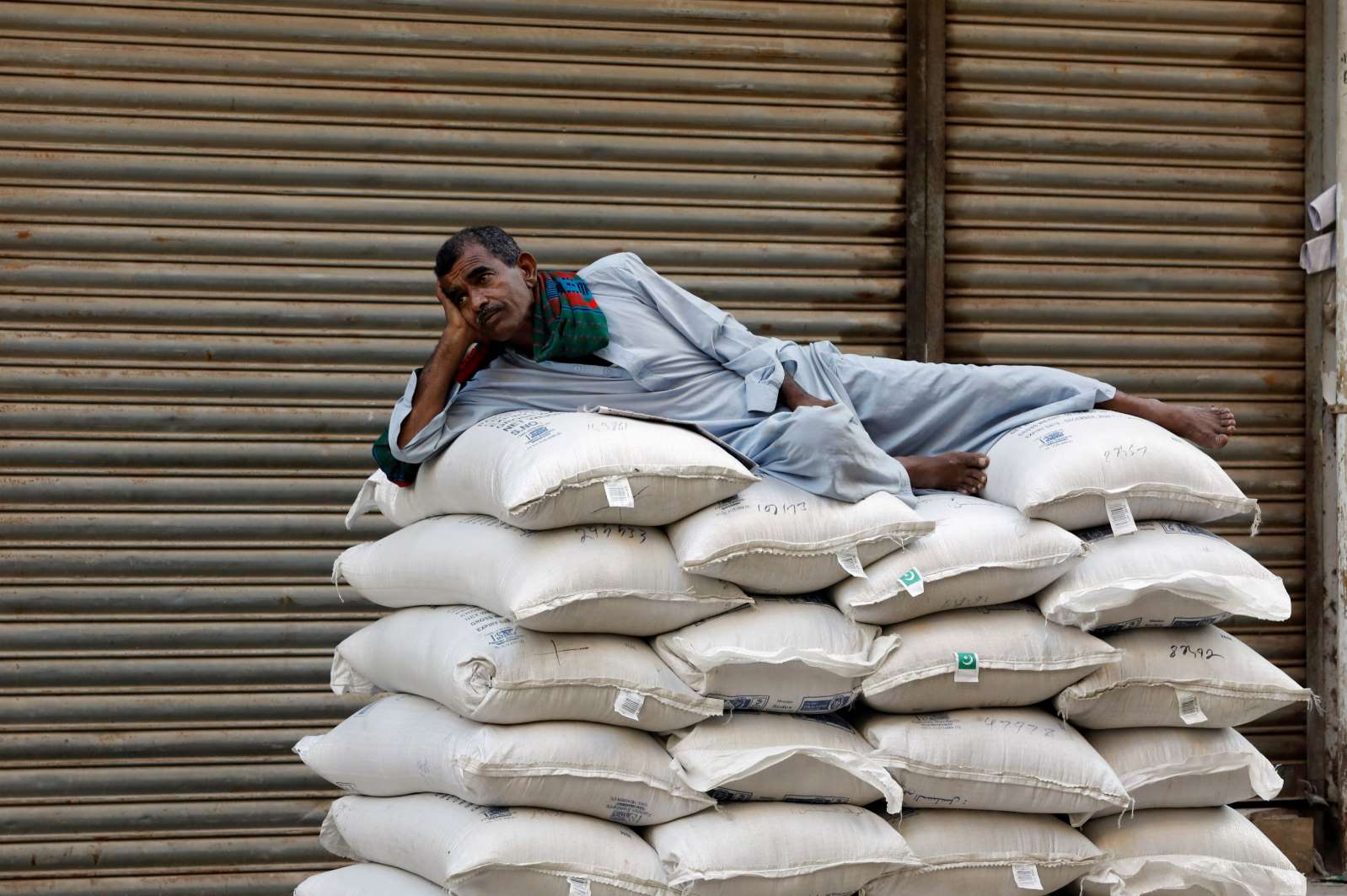 Prime Minister Imran Khan has publically accepted his government’s failure in dealing with the wheat and sugar issues properly after Pakistani faced a wheat and sugar crisis which led to skyrocketing of prices due to powerful mafias, and the government machinery consequently failed at both the administrative and monitoring fronts. The wheat crisis began when reports started circulating that the country had procured less than the required quantity of the commodity.

The Punjab government and Pakistan Agricultural Storage and Services Corporation (PASSCO) acquired wheat from growers at a price of Rs 1,400 per 40kg. However, when the Punjab government failed to meet the procurement target, the Food Department officials raided the stocks of private parties and seized their wheat.

The overall availability of wheat was reported at 26.059 million tons including the production of 25.457 million tons and carry forward stock of 0.602 million tons, reflecting a shortage of 1.141 million tons. Public sector wheat stocks were reported to be 6.32 million tons as compared to 7.65 million tons during the corresponding period last year.

The main reason for the wheat crisis, according to officials and documents, is the smuggling of the commodity to Afghanistan through Khyber Pakhtunkhwa and Balochistan as the prices in the international market are higher compared to Pakistan.

The Punjab government had imposed a ban on inter-provincial movement of wheat to stop smuggling to Afghanistan. However, KP Chief Minister Mahmood Khan approached the prime minister and succeeded in getting the ban lifted. KP has always depended on supply from Punjab but provincial agencies never played their due role to stop smuggling. The role played by officials of federal agencies deputed at borders has also never been satisfactory.

There have been around 40% less production of wheat this year in KP. With the lifting of the ban on the inter-provincial movement of wheat, its smuggling increased manifold, especially after speculators increased the price on the pretext of short supply. The public sector of Sindh procured about 1.25 million tons of wheat this year but is not willing to release its stocks despite pressure from the federal government. It fears that the early release of wheat may create a shortage and the federal government would hold it responsible for the crisis.

As the prices of wheat and flour were rising, the government decided to import wheat without any duty to deal with the issue. The wheat imported from Ukraine started arriving at the end of August while that from Russia is expected by the end of September.

The Economic Coordination Committee (ECC) of the Cabinet, headed by Prime Minister’s Advisor on Finance and Revenue Dr. Abdul Hafeez Shaikh, is also responsible for the wheat crisis as he neither took prompt decision to import the commodity nor approved support price at the right time.

Sources said the ECC in its meeting decided to allow provincial governments, PASSCO and Trading Corporation of Pakistan (TCP) to invite tenders/bids immediately for the import of wheat in addition to the private sector. The ECC has allowed the import of 0.2 million tons of wheat through TCP.

Regarding government to government import of wheat, the Russian Federation was contacted for the immediate arrangement of at least 200,000 tons of wheat to replenish the public sector’s strategic reserves. The private sector has also been facilitated to import wheat without any restriction and the FBR has waived all duties and taxes.

Endorsement from Punjab for 0.7 million tons, KP for 0.3 million tons, and PASSCO for 0.5 million tons have been received. Sindh has not responded. Department of Plant Protection, an organization of the Ministry of National Food Security and Research, has issued import permits to 359 importers for 1,475,296 tons of wheat. The private sector has stated that LCs for 200,000 tons of wheat have been opened which has started arriving in the country. Further booking of 565,000 tons from the Black Sea region has been made and its arrival is expected to start in October.

The Punjab government announced the release price of wheat at Rs 1,475 per 40kg and has so far provided 411,650 tons to flour mills. The initial price of flour was fixed at Rs 860 for a 20kg bag. The KP government had signed an MoU with PASSCO for the provision of 200,000 tons of wheat.

The average market prices of wheat and wheat flour are reported to be Rs 1,867 per 40kg and Rs 1,067 per 20kg, respectively. Accordingly, the Pakistan Bureau of Statistics has reported wheat and wheat flour prices at Rs 2,026 per 40kg and Rs 1,004 per 20kg, respectively. Meanwhile, the government has fixed wheat release price in the range of Rs 1,600-1,700 per 40kg to discourage hoarding. It also wants issuance of a new SRO with Withholding Tax (WHT) at 0.25% as full and final settlement on the import value of wheat during FY 2020-21.

The imported wheat will be supplied on the basis of the entire cost-sharing by the provinces and Finance Division (in the case of PASSCO) or it may be subsidized by picking the price differential options.

Provinces will also notify the exemption of the Anti-Hoarding Act on imported wheat. The provincial governments have been asked to ensure the free movement of imported wheat otherwise it will be construed as compromising essential food security.

The country is facing a sugar crisis due to speculations of short supply of the commodity and strained relations between the sugar industry and government after the official agencies started raids on mills and took on the dealers. Export of 0.3 million tons of sugar to China was also one of the reasons for the shortage of the commodity.

Pakistan Sugar Mills Association (PSMA) had clearly indicated to the government that abrupt action against the mills and sugar dealers will lead to a hike in prices and panic in the market. The government, and Prime Minister Imran Khan himself, took the PSMA’s letter as a threat. However, the apprehensions of PSMA proved correct and now the sugar prices are hovering around Rs 110 per kg as compared to Rs 57 per kg in 2018.

In July, there were about 1.6 million tons of stocks which tentatively cover the requirements for about three-and-a-half months. Ministry of Industries and Production proposed that the government should import at least 300,000 tons as strategic reserves for intervention in the market if the price rises sharply. The government has approved some incentives for the import of sugar such as in case of taxes, otherwise, the cost of imported sugar would have been between Rs 125 and 130 per kg.

An importer, Mr. Hussain Sharif, is of the view that the whole purpose of importing sugar to extend benefits to the masses and discourage sugar mafia will go in vain as an import from India, which is the nearest supply source for Pakistan, is not allowed.

Market sources are of the view that with maximum reduction in duties and taxes on sugar and wheat, supply will improve which will lead to a reduction in prices.