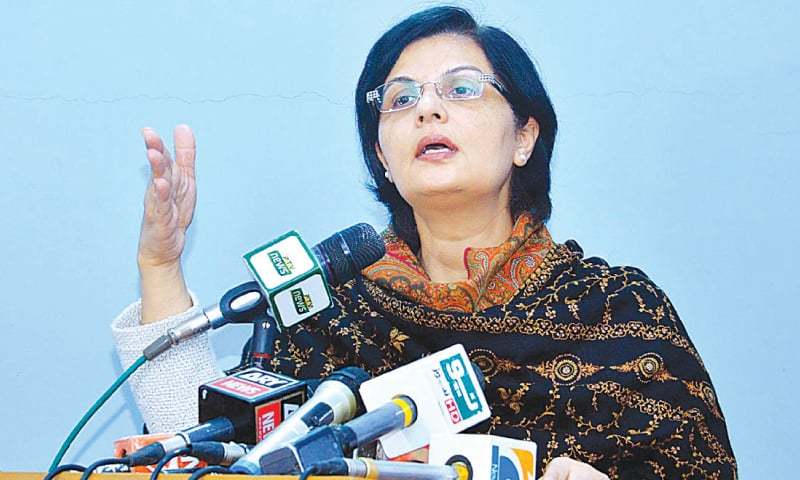 The government has launched an undergraduate scholarship program that will promote girls’ education and to help out those parents who cannot afford their children education. The World Bank has also appreciated the Program.

Special Assistant to Prime Minister (SAPM) on Poverty Alleviation and Chairperson of Ehsaas Program Dr Sania Nishtar explained that government has launched undergraduate scholarship program that will promote girls’ education and to help out those parents who cannot afford their children education. The government Ehsas Program is also being appreciated by World Bank.

“We have started an undergraduate scholarship programme for females to lessen the educational burden from their parents,” said Dr Sania Nishtar Special Assistant to Prime Minister (SAPM) on Poverty Alleviation and Chairperson of Ehsaas Program. She was speaking to a private TV channel.

Ehsaas Programme was continuing unabatedly across the country, she said adding there was no discrimination with anyone in that regard.

The incumbent government, she said had started a number of schemes through Benazir Income Support Program (BISP), to help mitigate the sufferings of the poor families.

The incumbent government, she said had started a number of schemes through Benazir Income Support Program (BISP), to help mitigate the sufferings of the poor families.

Replying to a question about the adverse effects of coronavirus, she said the poor segment of society had badly affected by the lethal wave of the virus. She further stated that the PTI government has supported the daily wage workers during the first wave of Covid 19

To another question about the poverty graph in Pakistan, she said the government has disbursed an amount of Rs.180 billion among the labour class. She informed that a programme has also been launched to provide food to poor segment of society through “Lunger Khana”.

Last week, the World Bank has recognised the Ehsaas Emergency Cash programme among the top four social protection interventions globally in terms of the number of people covered.

The WB had released a report on “global social protection responses to Covid-19,” according to an official statement issued on Saturday.

The report was called the “living paper” and it is a partnership effort involving 18 co-authors and a large number of contributors; the paper presents a 650-page volume and accompanying database documenting how countries and territories are planning, implementing or completing social protection measures in the context of the pandemic.

The lead author of the paper is Ugo Gentilini, lead of social protection at the World Bank. The report is accompanied by an excel sheet as well to make available the larger volume of data.

According to the report, Pakistan’s Ehsaas also ranked high amongst the programmes that did well in terms of planned versus actual coverage rates.

According to the report, most of the social protection measures are provided as social assistance.

These represent 55% of global programmes and are the predominant form of support in most regions.

Among social assistance measures, cash transfers remain the premier instrument. A total of 734 cash-based measures have been planned or implemented in 186 countries. The highest level of spending in lower-middle-income countries category is observed in Mongolia Zimbabwe, Bolivia, and Pakistan.

One of the special features of the report is on delivery matters.

According to the report, globally, there were essentially four ways to find and enrol new beneficiaries, the first of which was to simply add households to the list from an existing social registry.