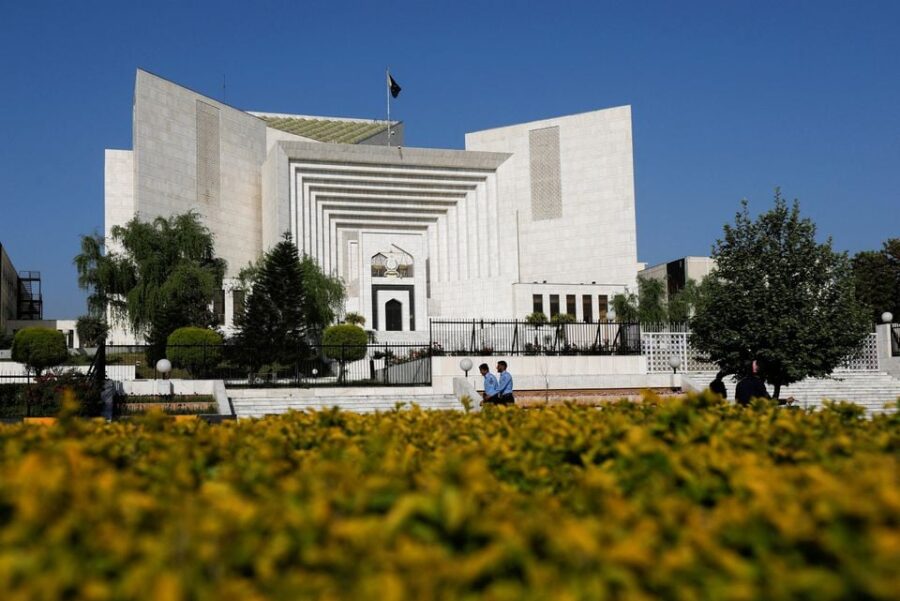 The CJP made the remarks while hearing Pakistan Tehreek-e-Insaf chief Imran Khan’s petition against the recent amendments, wherein the deposed premier’s lawyer Khawaja Harris appeared before the court.

During the hearing, Imran’s counsel maintained that people have to approach the courts when the executive fails to do their job.

Justice Bandial said that the NAB amendment was made by the assembly which was incomplete at the time and highlighted that there was no law about an incomplete assembly’s ability to legislate.

In his remarks, Justice Ejaz-ul-Ahsan said only a few benefited from NAB amendments and that an entire political party was running on “the line” given by a few people. “If you follow the line, it benefits only a few people,” he added.

He maintained that the NAB amendments were approved hastily, without discussion, and that if tweaks in law are made with “ill-intention then one should not proceed” with it.

CJP Bandial remarked that corruption could not end despite court decisions and emphasised that not only corruption, but flaws were also present in the system.

“No attempt was ever made to fix the flaws in the system,” he said, adding that the parliament’s job is to enact and implement laws to improve the system, however, in Punjab a police inspector general is changed after five months and a station house office (SHO) is changed after three months.

“The law is not followed while making executive decisions,” he remarked.

He furthered that the decisions pertaining to Reko Diq and Steel Mills were made by the court with good intentions and that the government could not catch the corruption in the projects due to the weakness of the system.

He stated that many people’s businesses were destroyed due to misuse of NAB law and iterated that corruption should not be pardoned under any circumstances.

The chief justice said that many issues had improved in Pakistan and that the country’s media was “free and presents the truth”.

Justice Mansoor Ali Shah said that Pakistan was 80th on the corruption index ranking prior to the NAB amendments and must have fallen by 100 points post them.

Justice Ijazul Hassan agreed with his statement and said that when the system is collapsing, the judiciary intervenes. He asked under which authority could the court declare the NAB amendments null and void due to a conflict of interest.

Imran’s lawyer Haris said that the term “regulatory capture” is used to refer to legislation made for self-interest.

A day earlier, the SC had asked the PTI to apprise it of its position on whether keeping the armed forces out of the ambit of the accountability law was a democratic act and how leaving parliament after being elected and seeking decisions through street power served democracy.

Earlier this year, PTI Chairman and former premier Imran Khan had challenged the recent amendments to the National Accountability Ordinance, 1999 in the apex court, arguing that the tweaks would pave the way for public office holders to get away with white-collar crimes.

The PTI chief had filed a constitutional petition under Article 184 (3) through renowned lawyer Khawaja Haris, who was former premier Nawaz Sharif’s counsel in the Panamagate case.

Imran had earlier declared his intention to challenge the amendments in the apex court and had said they were tantamount to “legitimising” corruption.

Supreme Court’s Justice Ijaz ul Ahsan, while listening to the petition against the accountability law amendments, had remarked that the government was trying to get its ‘sins’ forgiven through the tweaks.