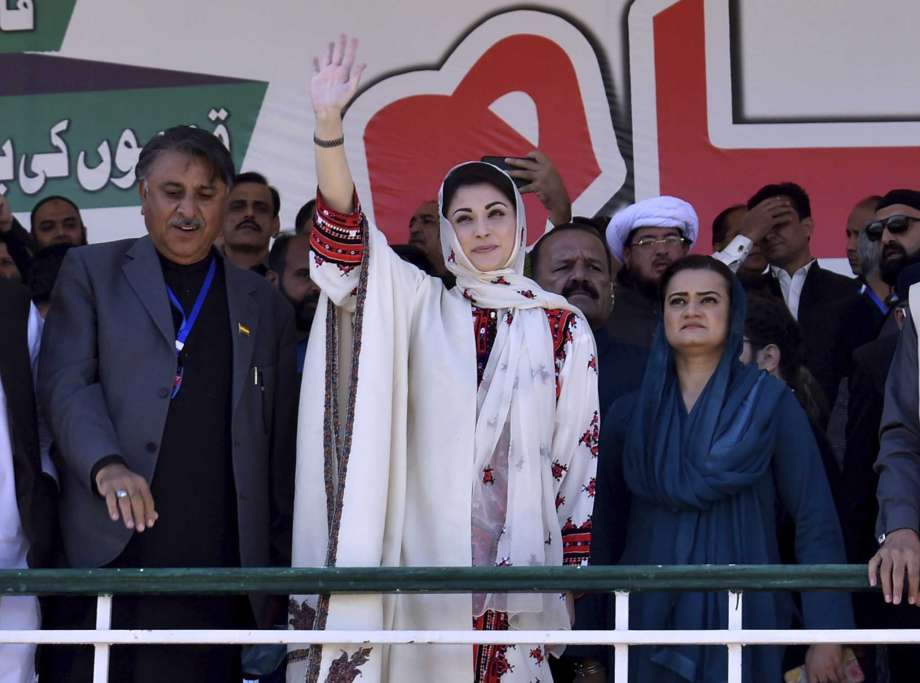 The bombshell development triggered a major controversy in the ranks of the eleven-party alliance and caused instant jubilation in the government camp.

In the interview, Chairman Bhutto seemed to question Sharif’s policy of naming army leadership and asking him to produce evidence of wrongdoing against the military officials he blamed.

In his hard-hitting speech from his London abode video link to PDM’s first public rally at Gujranwala, Sharif had spoken of unspecified wrongdoing by mentioning names of army officers to oust him from power and then to rig general elections to bring Khan to power, asserting they would be held to account for it.

It later became clear the clip had taken Bhutto’s words somewhat out of context to give the impression of divergence. In the fuller video, his intent is clearly different. He said he was shocked by Sharif’s naming of the generals in his Gujranwala speech, he had voiced his full confidence the elder politician who had thrice served as the prime minister of Pakistan would never name anybody without proof.

An opinion survey of opposition politicians and senior media persons on the episode conducted by TTI (The Truth International) surfaced a widespread unease over the Bhutto position. There was a feeling that although the young PPP chairman only pointed out a difference between the varying lines of attack of the two heavyweight parties of the opposition coalition, the timing and the forum he chose were not appropriate for it.

Mr. Bilawal Bhutto Zardari told the British broadcaster he was shocked when he heard Nawaz Sharif blaming two top generals for conspiring to oust. The eleven-party opposition alliance was founded in September in Lahore, the capital city of the Punjab province in a parties conference hosted by PPP.

Sharif’s Gujranwala speech was indeed a shocker for every citizen of the country. In a candid discussion with TTI before the Bhutto interview, PML-N legislators said almost no one from the party knew beforehand or expected Sharif would take the line he took in the speech.

Even as the viral clip from Bhutto’s interview gave rise to instant jubilation in the government camp, shell-shocked opposition leaders started an immediate damage control exercise. Some even felt young Bhutto’s remarks amounted to an allegation against Sharif of violating the APC resolution that mandated the PDM movement.

Chairman Bhutto was seen explaining in the interview how the APC had discussed whether to blame one institu- tion or the entire establishment. He said the decision the forum reached was to blame the establishment without singling out any institution.

He further said that when he heard Nawaz naming different names, he was shocked because, “Typically, we don’t talk like this at rallies. But Nawaz heads his own party so I can’t control what he says, just like he can’t control what I say.” He took pains to couch his words in positivity but nevertheless distanced his party from Sharif’s narrative.

PPP leadership was quick to sense the damaging potential of the interview and jumped to action mitigating it. President of the party’s Central Punjab chapter Qamar Zaman Kaira released a short video on Twitter in response to the viral clip, in which he tries his best to minimize the severity of the interview.

A seasoned political operator, Kaira in his clarification highlighted how Chairman Bhutto had emphasized Sharif’s political stature as a thrice-elected prime minister of Pakistan, clearly meaning the elder Sharif was a responsible person who would never make the baseless allegation in such a sensitive matter.

“We also took some names of officers during general election and by-election because we had proof of [wrongdoing on their part] and we believe Mr. Sharif would likewise be careful to not take names without proof ”, said Kaira. “PPP is standing with twenty-six points of PDM charter of demands including an end to establishment’s role in the politics of country”.

Shortly after Bhutto’s interview was telecast, Nawaz Sharif spokesperson Mohammad Zubair issued a statement claiming what Bhutto said was his personal opinion but what Sharif said at the Gujranwala rally was the experience of the whole PML-N party.

He conceded that the matter did not come up for discussion with the allied party but said it was necessary that past experiences are shared with people of the country for supremacy of democracy and to obviate such incidents in future. “What [Sharif] said it is not a story but the reality and he revealed the real situation”, he said.

Federal Information Minister Shibli Faraz seized the moment by tweeting to the effect that Bhutto’s remarks were proof enough that PDM has a shared narrative, and that the PPP leader has no confidence in Sharif. It was proof that PDM was a forum of the greedy and the power-hungry, he said.

Newly come back as Advisor to the Chief Minister of Punjab on Information, Dr. Firdous Ashiq Awan also tried to hit the opposition coalition hard and said Bilawal’s statement had put the final nail in the coffin of the opposition alliance.

PPP’s parliamentary leader in the Senate of Pakistan Senator Sherry Rehman’s clarifying position said that PPP was fully commit- ted to the PDM program on a common agenda. She said, “There is no change in our political position from the comprehensive joint resolution adopted during the APC. We will continue to host and attend and play our full role in the alliance we helped build”.

But interestingly PPP’s senior leader and former Prime Minister Raja Pervaiz Ashraf during the meeting of PDM on 8th November talking to journalist said something different from what his party leaders said after interviewing of Mr. Bilawal as mitigation the situation. In the office of host party PML-N talking with journalists, Ashraf said it was decided on day one the establishment will be blamed for the wrongs, which was why his party was named the establishment. He further said if any change in that stance was required, it would happen only in a meeting of PDM.

PML-N Vice President Maryam Nawaz showed great political acumen during a brief chat with media persons at Islamabad International Airport when she said Bhutto’s remarks had been twisted for political purposes, adding she and Bilawal were not kids to be fooled by anyone. Her handling put a damper on the controversy.

The controversy started to die out when she issued directions that no one from the party was to react to the PPP chairman’s interview except the authorized official spokespersons. On her directions, party spokesperson Maryam Aurangzeb and Nawaz Sharif’s spokesperson Mohammad Zubair issued brief and calculated statements.

Equally effective in putting the matter to rest was the finesse of PDM chief Maulana Fazlur Rehman at both a PDM meeting at Islamabad and the media briefing afterwards.

To a question about Bhutto’s remarks, the Maulana brushed aside the matter claiming it was not an issue at all as everyone knew what was meant by the establishment. He said he respected the country’s institutions, but if the names of politicians could be taken, then the name of someone belonging to any institutions could be taken.

In sum, PDM was able to overcome the controversy in short order thanks to deft handling and timely action by political leadership from both PPP and PML-N, aided substantially by a robust contri- bution from the Maulana. Nevertheless, this was only the first of many hurdles on the path of PDM, which at the 8 November meeting decided to finalize a new charter for future action at a meeting slated for mid-November.