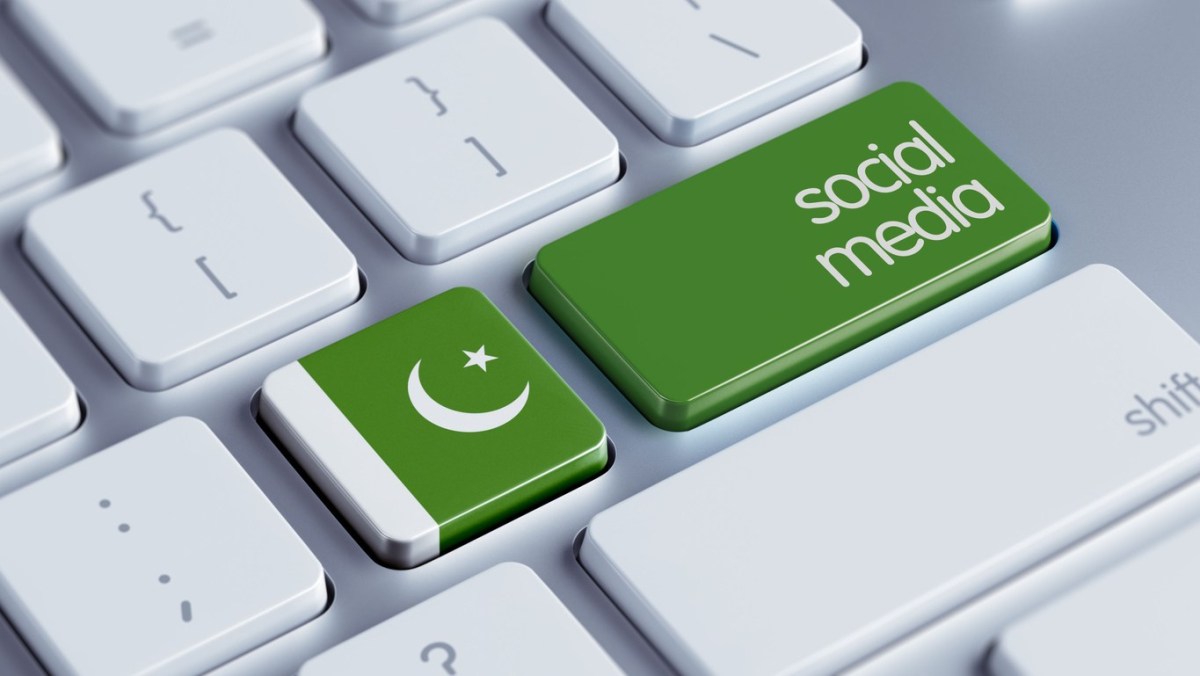 KARACHI: Like any other country across the globe, Pakistan saw a dynamic digitalisation growth after the pandemic struck the world. Every country making new innovations, policies and regulations thereafter to support the sudden but swift shift that corporations and businesses went through. A similar speedy transition was also seen in Pakistan. However, one thing in Pakistan was different from the rest of the world: the knowledge of policy maker’s about digital platforms.

With the passage of time and the digitalisation process has changed the way of work not only in running or making things but also to make policies to support those mechanisms. In today’s world, when many young graduates aim to start their own startups, there are still many legal hurdles that one has to go through to achieve what they want.

Any startup or any business before initiating to build up or penetrate into a new market does a PESTLE (Political, Economic, Social, Technological, Legal and Environmental) analysis. This is a universal rule for any business that wants to enter a market. Many of the smaller markets (compared to the Pakistani market) have made business-friendly policies for new startups or companies seeking an entry in the market based on technology and the digital world; unfortunately, in Pakistan, the situation is different.

Bans – Not a Solution

We have seen several social media platforms in the past five years and some games being banned following an indirectly linked incident. Some of the highest used apps – YouTube, Facebook, TikTok, the video game PUBG – are all used by the masses in Pakistan and are also a source of income for many here.

YouTube, a platform that pays individuals for creating content for masses, has faced bans a number of times in the past and once again during the pandemic, faced a lot of heat and thus the discussion to ban the video streaming site was floated yet again. This instance in particular highlighted the dearth in understanding of digital platforms as when the whole world took on YouTube for entertainment, education, and to earn from their monetisation program, Pakistan sought to ban the platform following the personal experience of a judiciary’s family members.

The same goes for other trending platforms like TikTok, which was the most downloaded app in 2020. The platform that spread like wildfire across the world, including Pakistan faced a barrage of negativity in Pakistan. Although the majority of the population, especially the younger segment, loves TikTok, there are compelling sectors of the society who strongly disapprove of it. Many felt that the app went against religious and cultural norms of the country and in an Islamic republic like Pakistan, religion is hugely factored into policy making as well.

Each country has its own cultural, religious, and social values and domestic laws tailored to suit the interests of its people. Every state adopts and enacts a set of laws that conform to its ideology, all domains of national security and foreign policy aims. No two states have the exact same laws nor can the global community guidelines supersede the law of the land.

Local content on TikTok is where the trouble lies. Content from local creators has been majorly unidimensional, it has just been reliant on fun, gibes, dance, lip-syncs and humor – mostly crass. The content creators have also been very ignorant of their safety along with that of people around them. There have been multiple accidents and deaths reported of people throwing caution to the wind while making TikTok videos – almost one such death case was reported this month.

Since it is always easier to blame a single foreign entity than local masses, TikTok was squarely blamed for the entire incident. Due to content issues and pressure from specific sectors of the society, government departments and regulators have issued multiple times statements, filed petitions and proposed framework to ban or strictly regulate TikTok.

According to Jehan Ara, the president of the Pakistan Software Houses Association, founder of The Nest I/O and TikTok APAC Safety Advisory Council member, “Creating a sound content moderation policy that considers current and future issues, is not an easy task for any platform. While users enjoy creating content on TikTok, with it comes the responsibility to keep users safe on the platform.”

“TikTok appreciates Pakistan’s unique culture, and the app experience is localised to suit the interests and trends reflected in the local society. The app itself deploys a combination of policies, technologies, and moderation strategies to detect and review inappropriate content, accounts, and implement appropriate penalties,” she said. “It has several publicly available policies and resources for users and enforces a Community Guidelines and Terms of Service set. Besides, it offers users several controls, tools and privacy settings,” she added.

From her point of view, when any platform is taking up the user’s safety, it is also equally the user’s responsibility to do the same as well and banning any platform entirely is not the solution.

Following the uncertainty between the Chinese and Indian Government, TikTok wrapped up their regional office from India. This was an open opportunity for Pakistan to plot TikTok’s regional office and bring all the investment previously going into India. But the opportunity was missed following non-favourable business policies in Pakistan, and they opted for Dubai.

If we talk about the top social media platforms’ monetizsation policies, we see YouTube as the only platform from which the Pakistani people are earning. Facebook operating in Pakistan for more than a decade, has yet to finalise its monetisation policy in Pakistan, and the same goes for other major social media platforms like TikTok and Instagram.

This is limited to social media platforms and all other digital services, including payment solutions, mobile manufacturers, entertainment platforms, technology companies and software houses, etc. Many neighbouring countries that are ever smaller or have less potential than the Pakistani market attract investors and digital services following their business-friendly policies.

For Pakistan, most big companies have yet to open their offices and offer Pakistan services because of unstable policies.

“There is a norm in Pakistan: the policies and decision are based on personal experiences. During my time with Google and Facebook, I have suggested many amendments in the current policies to favour the investor and generate revenue for Pakistan. Still, as the policymakers are neither aware of the technology nor its positive outcomes it can generate, the suggestions were dusted [under the rug],” he said adding that the people on the policy-making positions are not field specialists.

Talking about the PESTLE analysis for the Pakistani market, pointing out one of the significant reasons for the companies being reluctant in coming into Pakistan is that the people sitting at the decision and policy-making positions are not acutely attuned to the full spectrum of information and thus its benefits as well as its drawbacks in the manner that is needed in order to making impactful decisions about them.

“They don’t have any background in the specific field. We have to get the right people at the policy level if we want to encourage international companies to come to Pakistan. We need to ensure that the person creating these policies understand the related businesses’ consequences as well as its profits,” he said. “Moreover, the tax policies should be consistent. If they keep changing then companies hesitate putting down long-term investment,” he said.

For example, Facebook, TikTok and Instagram have yet to offer monetisation in Pakistan. We have seen YouTube opening its monetisation gateway for Pakistan and according to a survey, successful YouTubers are earning more than $2,500 a month. This not only opens up the opportunity for the people to earn but can grow Pakistan economy. Similar to YouTube, if other social media open their monetisation then there are many Facebook, Instagram, TikTok users who have crossed the requirements of getting their channel or page monetised. The reason the companies haven’t offered this yet are the digital policies that don’t satisfy the PESTLE analysis.

The first aspect of the analysis is the political condition and interference in making or amending the laws. “We have seen some examples where the laws have been changed within days and just on some policy maker’s personal experience. There is no proper body that can make the laws permanent or stable. If a company enters a market considering a policy, they don’t know how long it will remain the same. They should not be given right to ban anything and a proper body should be made,” he explained.

Second, comes the economic analysis, according to Khushnood, the companies analyse the exchange rate policy and how easily the investor can take his money out of Pakistan. “The policies of the exchange rates and the process of taking money out of Pakistan is not easy. The investor cannot take money in dollars, and the investor doesn’t want his or her money to be stuck if he or she is not given any incentive against it,” said Khushnood.

The next type of analysis is social, which plays a significant role in approvals. “Pakistan is an Islamic country and the cultural barrier is what limits many to come into the market. Everyone saw how YouTube was banned following the content, which was not suitable within Pakistan’s culture. Same thing happened with TikTok as well. The app does not align with cultural values of the country. However, again, the problem is with the users not with the app itself. Hence, the app itself is not what should be the targetted,” he explained.

“Let’s take BitCoin as an example. It was banned without analysing its positive outcomes and how it can actually benefit Pakistan,” he added.

Technology itself is one of the main concerns too. Not many people accept the change that technology has brought, and not everyone welcomes technology. According to Khushnood, a company looks to see whether the users in the market are open to technology. “Here in Pakistan, many policymakers are afraid of adopting technology as they are not fully aware of its uses and don’t necessarily fully understand its outcome either, especially in terms of how it can benefit the country and its individuals. This is why technology takes some time to penetrate the market in Pakistan,” he said while adding that the connectivity among the people also matters that how much of the population is connected with each other through technology.

Apart from political, legal is the other challenge that needs certain yielding in order to bolster investors confidence, says Khushnood. “These factors have both external and internal sides. The legal analysis considers different types of laws present in the country and how they can impact their operations. For example, consumer laws, safety standards, labour laws, etc,” he added.

“We have to make the right laws that are not discriminatory. Legal framework and tax framework is complicated. Currently, 80 per cent of the people don’t want to declare their assets as the policies are not friendly and easy. It’s old school and it isn’t favourable for new tech-related businesses.”