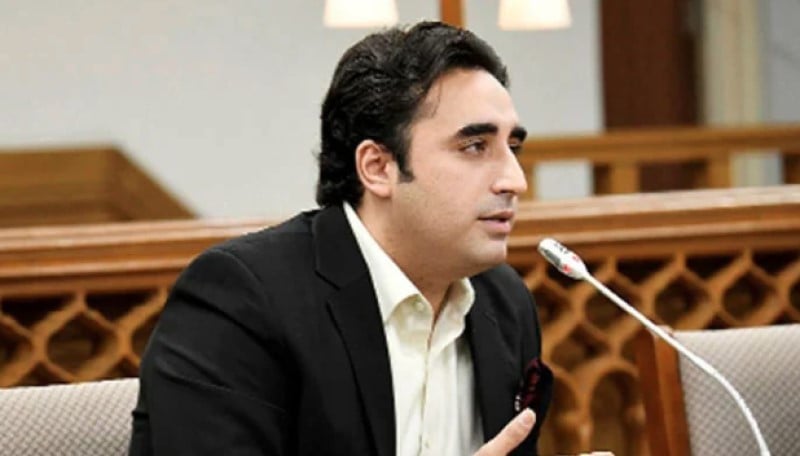 DADU: Chairman Pakistan People’s Party Bilawal Bhutto-Zardari in a press conference on Tuesday reiterated that his party will continue to cooperate with the Muttahida Qaumi Movement-Pakistan (MQM-P). Although, later that day the MQM announced that it would protest on January 9 if local government elections were held without new delineations.

The PPP Chief said the two parties have had differences in the past and will likely have in future also. But they would continue to work together.

He underscored the need to work together on the provincial local bodies’ law to make it stronger. The leader added that the PPP was ready to hold talks with MQM for resolving all issues and reservations. Some PPP leaders had reservations about the delay in local bodies’ elections, he added.

While visiting the flood-affected Khairpur Nathan Shah in the Dadu district, Mr. Bhutto-Zardari addressed the media at Zafarabad hamlet. He thanked the country for helping the flood victims but pleaded for further aid because winter had made their issues worse.

Bilawal said many districts of Sindh still remain inundated. The affected people needed blankets, warm clothes, and other items amid the extreme cold.

To a question, he said the federal government was supporting the flood-hit people through the Benazir Income Support Program. He added PM Shehbaz Sharif announced the release of extra funds under the program to the benefit of the people.

He announced that the federal and provincial governments would present flood rehabilitation plans at the International Conference on Climate Resilient Pakistan on Jan 9 at Davos. “We will ensure that we get support from around the world. And ensure that the people affected by climate change to stand on their feet.

The PPP chief said that after the floods, a crisis had arisen in every sector. Particularly agriculture, health and educational infrastructure had been badly damaged. He said 50pc of educational institutions had been destroyed in Sindh.

Responding to a question, he said the development and rehabilitation of the country, would soon begin thro­ugh a public-private partnership. Sindh provided a wind energy corridor and solar and green zones would be established here. He further said power would be generated and supplied at cheap rates.

The foreign minister said the former premier launched two long marches to get early elections but failed both times.

He also said PTI lawmakers were avoiding appearing before the National Assembly speaker to verify their resignations. He said whenever Speaker NA calls them, their senior party leaders SM Qureshi and P. Khattak disappear delaying the matter themselves.

The PPP chief remarked that Mr Khan didn’t want political stability and that his politics was damaging the country.

Referring to the former prime minister’s statement that his PTI government was “negotiating with Afghanistan to “resettle” the outlawed TTP” in the country, the foreign minister said it was akin to supporting terrorism.

“The one who called us imported was importing terrorism. Today, PTI representatives are themselves paying extortion to the Taliban,” he remarked.

Speaking about the rising wave of terrorism, he said Waziristan and Karachi had been cleared after military operations, after which they had decided not to compromise on the integrity and sovereignty of the country.