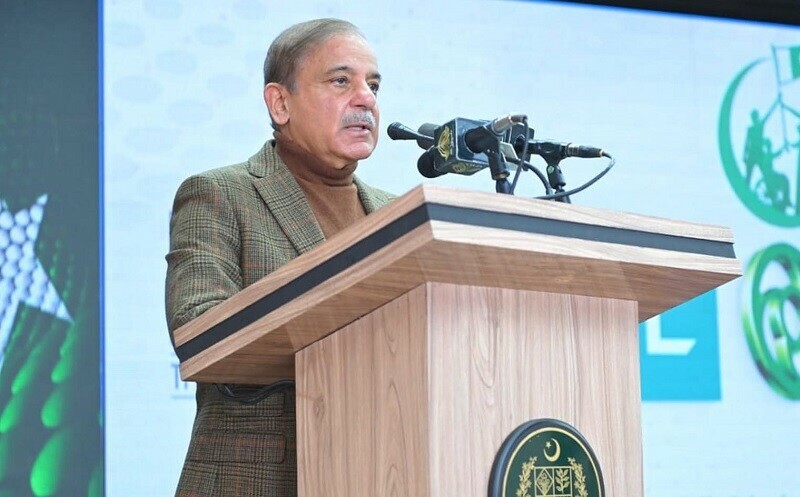 ISLAMABAD: Prime Minister Shehbaz Sharif hinted that the government is finally ready to adopt “stringent” IMF conditions to revive the loan program in the economic interest of Pakistan.

Speaking at the launch of ‘PM Youth Loan Scheme for Busi­ness and Agriculture’, he said, “The ruling PDM alliance was ready to sacrifice its political career for the sake of the country”.

PM said the government has clearly conveyed its intentions to complete the ninth review to the IMF. He shared that “I spoke to the IMF managing director two weeks ago and we have proactively approached them, so that the program moves forward, in addition to other multilateral and bilateral program,”

He added that “Pakistan has been given a clear message “from left and right” that it would not be abandoned. But it should “stitch” the IMF program. It’s a reference to reports of friendly nations looking at the fate of the program to provide financial aid to Pakistan.

Lately, government has been making hectic efforts in wake of country’s worsening economic situation to convince the IMF to complete the review impending since September 2022, however the strings attached to the move ahead have been a sticking point between the global lender and Pakistan.

The IMF conditions include the withdrawal of electricity subsidies, rationalizing gas tariffs in line with prices in the international market, market-determined exchange rate of dollar and removal of the ban on the opening of LCs.

As the government enters the election year, the ruling coalition is wary of implementing the demands. The IMF deal would lead to a further rise in inflation. The inflation had already reached 24.5pc for December.

The PM said as a Pakistani and as a Muslim, the rulers should respond to the difficult situation. It is clear that Pakistan is facing huge challenges. And if we have taken responsibility, we will make all-out efforts to steer the country out of the difficulties.”

The premier said “The people at the helm of affairs – the politicians and the rich – have to set an example. He empathized it’s unfair to burden the poor with price hikes while the elites and governments splurge loans”.

He said Pakistan was spending $27bn on the import of oil for energy generation. The PM noted that taking practical steps the import bill could reduced by half.

The premier urged the nation to conserve resources like water, gas and electricity.

The PM expressing optimism in the potential of youth said they are capable of steering the country out of crisis. The PM said loans would be extended to young people in different categories to help them excel in different fields.

He said the loan scheme is aimed at promoting entrepreneurship among youth. For the purpose softer terms loans with less markup are designed.

He added that 15 commercial, Islamic and SME banks will facilitate the government in providing the capital. Under the scheme, Pakistanis, aged between 21- 45 yrs of age are eligible are eligible to apply for the loan.