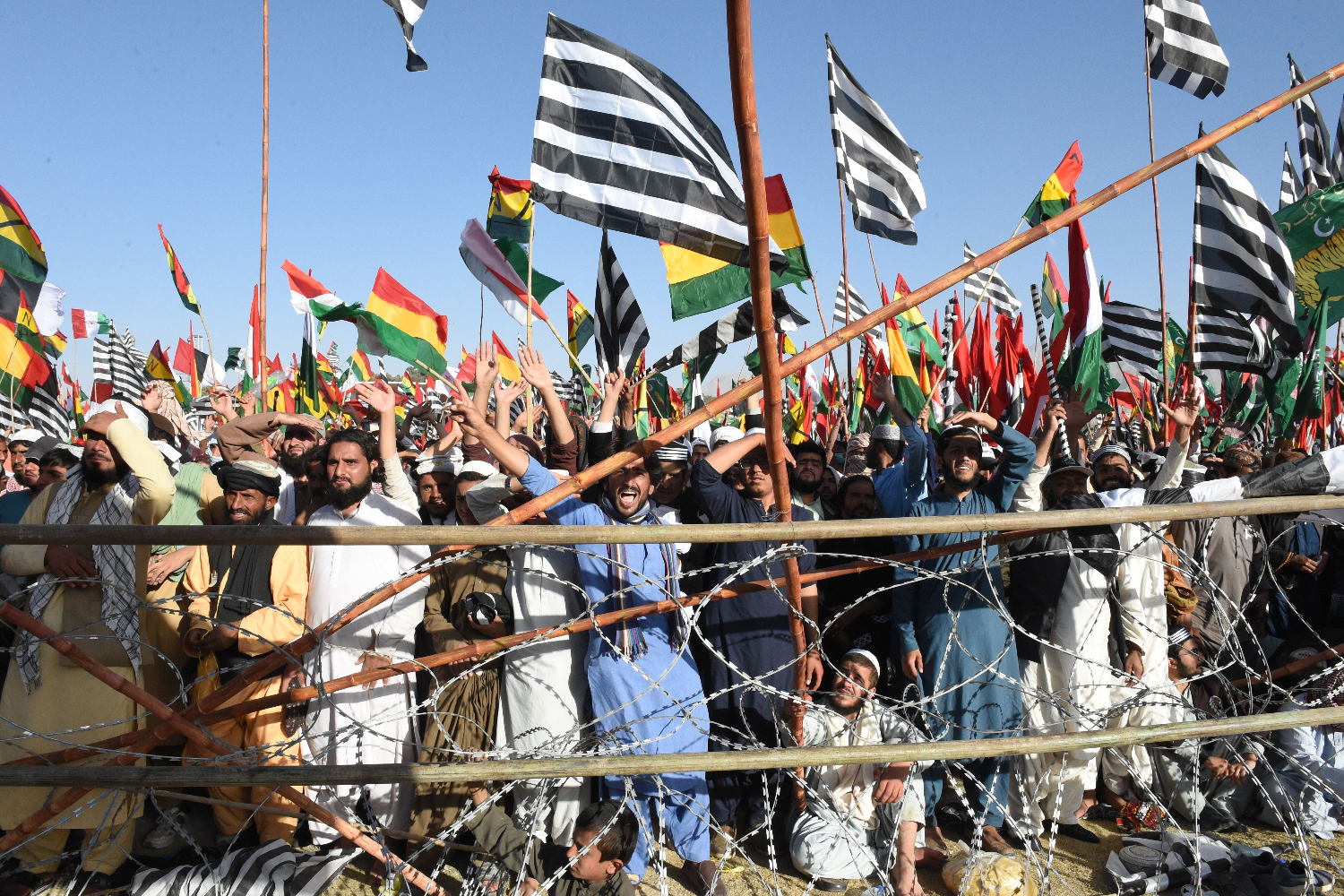 After Pakistan Democratic Movement (PDM) put on three convincing shows of power in quick succession, all eyes are on Peshawar, the next stop on the campaign trail of the opposition coalition agitating for radical political change.

In October, the Pakistan Democratic Movement (PDM) held three main public meetings in less than ten days, the first at Gujranwala (16 October), the second at Karachi (18 October), and the third at Quetta (25 October), completing the first leg of its announced schedule of public meetings.

The second leg of the schedule is set to commence with a public meeting at Peshawar on 22 November, and continue with a meeting each at Multan (30 November), Lahore (13 December), and Larkana (27 December).

First and foremost will be the seriousness and sincerity of the two regional stalwarts of PDM, Jamiat Ulema-i-Islam Fazl (JUI-F) and Awami National Party (ANP).

However, another meeting held the same afternoon in the same city presented an altogether different spectacle. The ‘Namoos-i- Risalat Million March’ organized solo by the JUI-F meeting was a mammoth power show. Invited to attend, other opposition parties had conveyed their regrets days before.

In retrospect, it is easy to see what happened: The JUI-F allowed a limited number of its activists to attend the coalition public meeting, leaving the lion’s share of the responsibility to other partners – none of whom, it seems, took the responsibility seriously enough. The result was a bungled show of power to the mortification of all partners.

In this way, the JUI-F chief Maulana Fazl ur Rehman – widely regarded as a shrewd politician – made a point for the benefit of his coalition partners: At least so far as Peshawar was concerned, his party was a crowd-puller to reckon with.

The PDM would therefore do well to forge unity this time around to make the coming public meeting a success, in terms not just of headcount but also of representation.

For only then can they deliver a clear message to the powers-that-be that the myriad political forces of the country are united and firm in their stand against any encroachment of the political space.

In the aftermath of the July 2018 general elections, the JUI-advocated a hard line against rigging by rejecting the results. The Maulana ran from pillar to post to canvass other opposition parties to his position and force snap re-election – eventually to no avail.

The two major opposition parties did not agree with the Maulana back then, each for its own reasons. They have since come to regret the slip-up – Nawaz Sharif for one is on the record having said they should have listened to the Maulana.

In any case, more than two years down the line, PDM parties have come round to the Maulana’s position. They are mounting an aggressive campaign against not only the PTI but also the military establishment, widely-believed to have rigged the previous general elections to install Imran Khan’s PTI in power.

The military’s antiterrorism operations in the province in the recent past – which brought peace to the conflict-hit areas but also caused civilian deaths, mass displacement, destruction of civilian properties, and enforced disappearances – further cemented those sentiments.

These grievances coalesced to bring forth the Pashtun Tahaffuz Movement (PTM) – a grassroots organization campaigning for the rights of the Pashtun conflict zone.

In Quetta, the administration successfully manoeuvred to prevent the eloquent PTM leader Mohsin Dawar from addressing the gathering. Nevertheless, the presence of the families of the missing persons on the podium was a clear message to the military establishment that the opposition was now prepared to go to any extent to bring the all-powerful Army to its knees.

Like Balochistan, the number of the illegally-detained people in Khyber Pakhtunkhwa runs in thousands. Stories of the missing persons narrated through their relatives at PTM rallies was one of the major strategies to win support for PDM’s anti-establishment discourse.

In the Peshawar event, set for November 22, the opposition parties can play the card of missing persons to strengthen their narrative of army ‘highhandedness’ besides its ‘political engineering’ which, they say, is tantamount to violating the soldiers’ oath.

There is no denying the fact that the unprecedented inflation during the last two years is a catalyst to turn the masses against PTI government, which may make them turn up in the PDM public meeting in Peshawar. It may prove a platform to vent popular anger against the PTI government even for the people having no affiliation with any political party.

The opposition has finally found the opportunity to kill two birds with one stone. Like other public meetings of the PDM, the Peshawar event would be used to mobilize the masses not only against the PTI government, but also against the military’s political adventures.

It can credibly put the onus of runaway inflation, deteriorating economy, and poor governance of the PTI on the military estab- lishment or ‘selectors’, whom they accuse of installing PTI in power through a rigged election.

Ironic as it is, the ANP seems to be confused at this juncture – unless it has deliberately adopted a policy of running with the hare and hunting with the hounds.

In a party gathering in Swabi’s Yar Hussain town on 27th September 2020, the head of KP chapter of the ANP Aimal Wali Khan categorically distanced his party from the PDM position, saying he will not let the opposition “shoot their gun from our shoulder”.

Taking Nawaz Sharif to the task, the young scion of the Baacha Khan family said delivering online speeches from abroad made no difference. “If he (Nawaz Sharif) is indeed concerned about his people, he would have to make an early comeback”, said Aimal.

However, exactly a week later, Mian Iftikhar Hussain of the ANP was made secretary information – the official spokesman – of the PDM.

Since PTM has opted to remain apolitical, the ANP is eager to convert the massive grassroots support for this Pashtun nationalist movement into its own vote bank. Probably this is why a section of the party leadership vocally espouses an anti-establishment discourse.

Still, there are appearances at this point to the effect that in sharp contrast with PML-N, JUI-F and PkMAP (Pashtunkhwa Milli Awami Party), the ANP is unlikely to take a daggers-drawn posture against the army.

The question, then, is, what consequence will this ambivalence on the part of ANP leadership have for PDM’s Peshawar rally? There are two answers to this question.

The first answer deals with quantity: In terms of numbers, the JUI-F has the required street power and to spare – not only to make the Peshawar event a success but also to bear the brunt of the entire movement all by itself. In fact the JUI-F’s massive and disciplined street power is believed to be the reason why the feared National Accountability Bureau (NAB) has left the JUI-F leader well alone, at least up until now.

The second answer to the above question concerns quality: For any political gathering organised by a coalition, sheer numbers tell only half the story, representation telling the other half. The credibility of the PDM as a truly national actor hinges on all coalition partners pulling their weight. Any partner shirking responsibility is a potential crack in the alliance.

In sum, PDM would do well to get their act together to make the Peshawar event a success in terms of both quality and quantity. For, only then can it deliver a loud and clear message of nation- wide support for civilian supremacy – and exert a pull on any fence-sitting pockets of anti-establishment sentiment to join in.