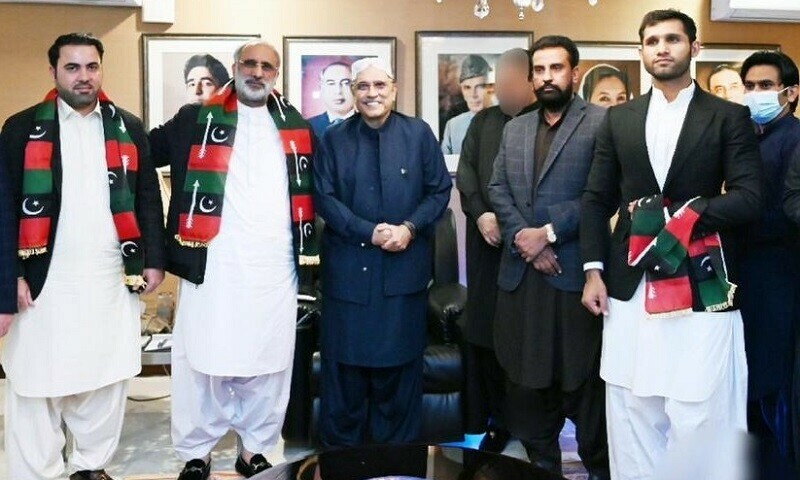 Sardar Fateh Muhammad Hassani, a former senator and federal minister, rejoined the party as well. In a meeting with PPP co-chairman Asif Ali Zardari at Bilawal House the leaders formally joined the party.

The co-chairman of PPP greeted the newcomers and said that Balochistan and PPP had a longstanding relationship.  PPP has always advocated for Balochistan’s rights.

The politicians who have joined the PPP come from well-established political families. Jamal and Fareed Raisani are nephews of former Balochistan CM Nawab Aslam Raisani who had recently joined JUI-F

The joining of Mr Marri was significant as his late father, Nawab Khair Bakhsh Marri, never had good political relations with former prime minister Zulfiqar Ali Bhutto during the PPP government in the 70s.

Mr Marri, a seasoned politician, was elected to the Balochistan Assembly for the first time in 1993 and served as the home and tribal affairs minister in the cabinet of Nawab Zulfiqar Ali Magsi, a close relative of Mr Marri.

Zardari said the “PPP is an integral part of Balochistan’s politics and the party will never compromise on its fight for the rights of the Baloch people”.

The new group of politicians joined the PPP only a week after several Balochistan Awami Party (BAP) leaders parted ways to join the PPP. The BAP, which was formed right at the cusp of the 2018 general elections, was in power in Balochistan.