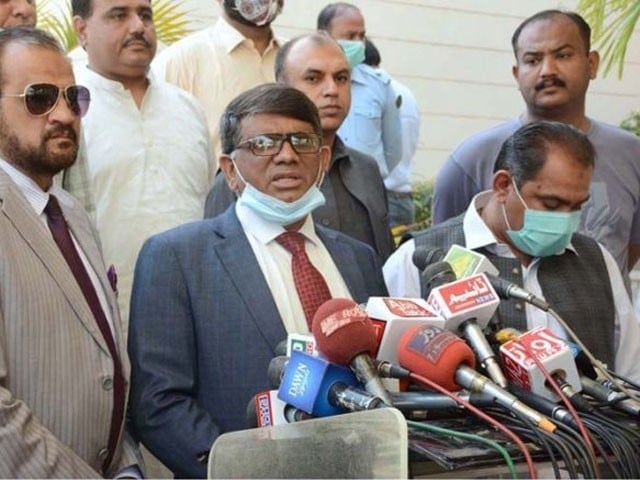 Islamabad: Sindh Election Commissioner Ejaz Anwar Chauhan responding to the criticism from contesting parties over the delay in results the in a press statement on Monday morning stated that it takes time to prepare the result of even one union council as it is a complicated process.

The provincial election commissioner informed that each returning officer had five to six UCs to oversee. This “is causing a delay in releasing the poll results”. And that the Forms 11 and 12 had to be prepared for each constituencies. This makes the process “time-consuming” and involving “extensive labor”.

Chauhan jibed at critics that the results were being prepared on an excel sheet on computers and not being compiled from result transmission system (RTS).

He elaborated that the results were being transferred to the offices of returning officers from all polling stations. And that, “each union council consists of four wards and around 20 polling stations. The final result of a UC remains incomplete if a result sheet of even one polling station is left”.

He asserted “the body is aware of its constitutional duties and is sincere in holding free, fair and transparent elections. “God willing, the results of all 246 union committees of Karachi will be ready by today evening,” Chauhan vowed.

The Sindh LG polls fell disputed with PTI and JI alleging the results being deliberately delayed in Karachi. Here it is pertinent to mention that the RTS purportedly “malfunctioned” on the night of the 2018 general elections. It had prompted widespread rigging allegations. At the time, the ECP had to revert to the traditional method of counting votes.

PTI flagrantly accused the PPP-led Sindh provincial administration and the electoral body of wrongdoing. The party’s Karachi chief warned of strong reaction against an attempt to “change the results.” The Jamat-e-Islami cheif threatened to besiege the polling stations. And the GDA rejecting the electoral process, demanded “immediate intervention” of the state institutions.

PPP accused PTI of going beyond the set rules and sabotage the peaceful process in Karachi. Unofficial results from Hyderabad put the PPP in pole position on the majority of seats.

In this article:Sindh LG Polls