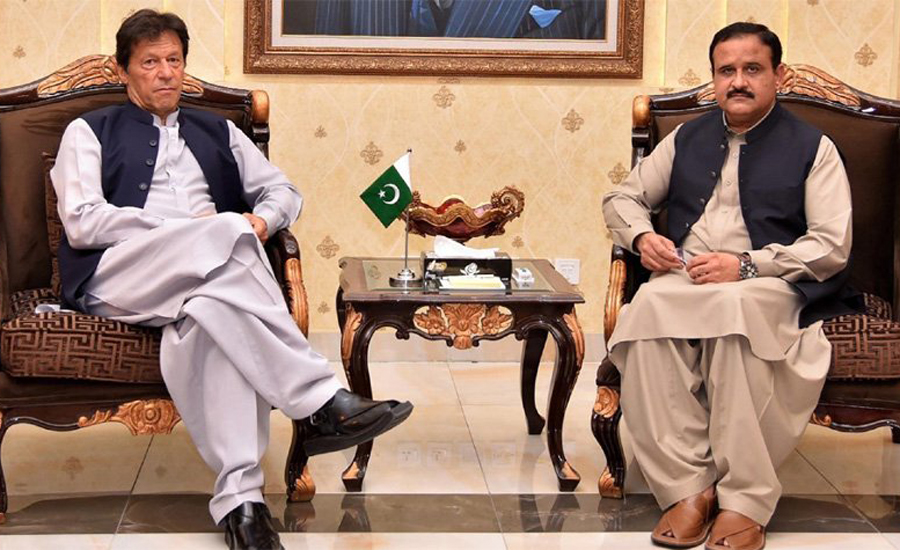 Two years on, the Pakistan Tehreek-i-Insaf’s (PTI) Punjab government is still struggling to sail smoothly as people’s expectations regarding service delivery and plugging corruption have not met primarily due to poor governance and `weak’ Chief Minister.

Sardar Usman Buzdar, who was picked by Prime Minister Imran Khan from a remote constituency of D.G. Khan to lead the country’s most densely populated province as its Chief Executive, has continuously been facing the threat of replacement alongside strong criticism for his inability to take up matters actively and produce results. For a long time, the party stalwarts could not digest that a new entrant in the party was picked and made Chief Minister. Despite severe criticism, Buzdar’s government is striving hard without any threat of change, as it has a significant place in the eyes of the Prime Minister, Imran Khan.

Mr Buzdar recently himself admitted his shortcomings at a media talk saying,

“I cannot say that everything is good in Punjab. It’s a big province and no one can guarantee about anyone”.

Criticism against the Buzdar-led Punjab government was not only being made by the general public and the opposition parties, but dissenting voices from within the ruling party were getting stronger every passing day, too. The party leadership has severally felt the need to replace the `figurehead’ Chief Executive of the province with a “pro-active doer” but the prevailing political situations around did not let the political move of replacing the chief minister happen.

Mr. Fawad Chaudhry, Federal Minister for Science & Technology had remained a vocal critic of Usman Buzdar from day one and just recently tweeted and apparently termed Buzdar as a mediocre chief minister:

Mr. Chaudhry tweeted and urged the political parties (including PTI) to think over the crisis. Despite many tall-claims, Mr. Buzdar seems more powerful and seems to complete his entire tenure.

Since the voices of replacing `puppet’ CM Usman Buzdar with a “pro-active doer” Chief Minister started getting strength, Prime Minister Imran Khan had himself started listening to the party men about the ground realities and perception of the PTI government at the grassroots level in Punjab. Some party stalwarts suggested that replacing Buzdar with an active chief minister would help restore public confidence in the PTI government and remove opposition’s allegation that Punjab was being run directly from Banigala.

“The PTI Punjab government’s current performance will lead the party to pay price in the next general elections,”

they had also hurled a soft warning to the prime minister.

Publicly, the Prime Minister terms all aspirants as foes of the Punjab Chief Minister and have severally asserted that Buzdar would continue serving as CM till the completion of the government’s constitutional term in 2023. A party leader told this reporter,

After NAB summoned Mr. Buzdar in an alleged case of a liquor license and a bribe of Rs.50 million, the Prime Minister yet again lauded the Buzdar-government’s performance, claimed by party sources as a change of heart. Political analysts see the summoning of Chief Minister Usman Buzdar by NAB in the alleged liquor license case as the country’s establishment itself surfacing to ensure removal of Mr. Buzdar from the province’s chief executive-ship. The NAB is also already investigating the chief minister into the sugar subsidy case.

Disturbed over the alleged role of the establishment, in a bid to remove Mr. Buzdar, party insiders say the PTI and the Prime Minister felt the threat against Usman Buzdar as a threat to them.

“The PTI thinks, if Buzdar will go without its consent, then the PTI government will also become vulnerable,”

Mr. Khan’s concern over NAB summoning of Mr. Buzdar can be gauged from the fact that the Prime Minister never commented on the summoning of any party man by NAB but in Buzdar’s liquor case, Imran Khan came up saying that he had strong reservations over the case.

Party insiders say the PTI is observing the NAB case as if other forces now want to remove Usman Buzdar.

“This is not just the NAB action against Buzdar but the involvement of other state institutions as well,”

a source said and added that in this situation PTI was united and Imran put his weight behind Mr. Buzdar.

“Prime Minister Imran Khan has recognized that he himself would become weak if Buzdar was removed without his consent,”

says a close confidant of the premier and adds the party looking after the NAB case (against Buzdar) as the establishment’s attack to weaken the prime minister.

The Punjab bureaucracy too did not offer support to Prime Minister’s Wasim Akram-Plus and continued looking towards the center for directions. The bureaucracy has also been reluctant in taking bold and major administrative decisions, particularly involving big money primarily because of the premier’s warning of strong action on corruption, soon after he had assumed the charge of the country’s Chief Executive Office. Eventually, public spending was squeezed and the private sector was already in crisis owing to the introduction of certain anti-traders and anti-business policies, leading to a severe economic crisis since the PTI government’s early days.

A bureaucrat on the condition of anonymity said the governance crisis would stay in Punjab if the province would continue to be run through remote control and independent decisions disallowed. The official says no bureaucrat is able to deliver until and unless he is allowed to focus on his department for a longer period of time.

Feeling the need to improve governance, the Punjab government has recently constituted a Good Governance Council with the chief minister as its head. The council members are primarily the true faces of the PTI, who have been standing alongside PTI chief Imran Khan through thick and thin at least during the past one decade and more.