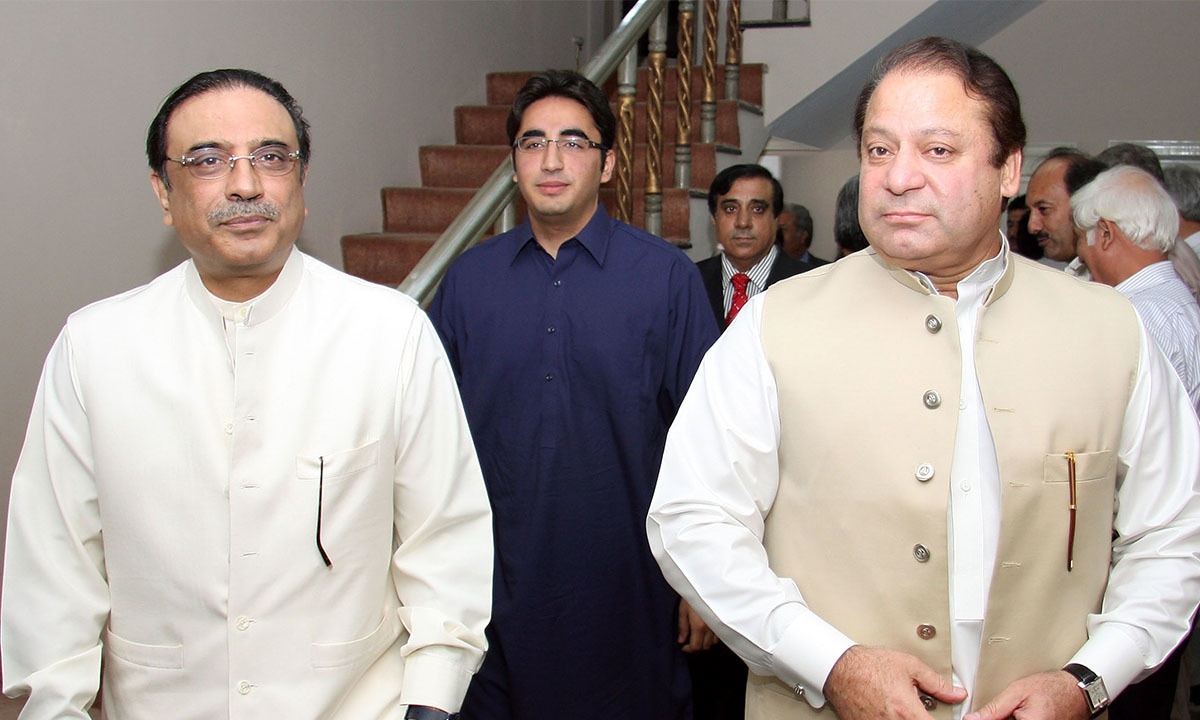 Bilawal Bhutto-Zardari has succeeded in reviving the Pakistan Peoples Party through his energetic leadership and a clear line of action, but he is still struggling to provide relief to the common people, bring standard of governance of the party’s government at par with advanced countries, fully control corruption and take action against violators of party discipline and corrupt elements. People who have been voting for the party since decades are waiting for him to control these problems. However, sometimes he faces resistance from some elements in this regard, show background interviews by The Truth International.

Bilawal was nominated chairman of PPP on the third day of the death of Benazir Bhutto on December 27, 2007, but did not take an active part in party affairs till 2015. After taking over command of the PPP, he spent some time to fathom political issues of the party and country.

During that period former president Asif Ali Zardari took all decisions regarding the party and Sindh government. Senior party sources asserted that the PPP government headed by Zardari followed a policy of reconciliation or compromise with the military establishment and the PML-N which caused damage to the party. At one stage the leadership started suggesting that the time had come to hand over decision-making powers regarding the party and government to Bilawal. This was accepted by Asif Zardari.

Following this change, central party sources said, some differences of opinion cropped up but both personalities handled the issue successfully. If Asif Zardari had an opinion that differed from the majority in the party, Bilawal tried his best to convince his father but if the latter stuck to his guns then the son capitulated. However, Zardari was impressed by his son’s rationale on many issues.

Farhatullah Babar, who remained spokesperson of the former president and is now secretary-general of PPP Parliamentarians, said the main difference between the leadership style of the two is that Bilawal’s tilt is towards basic party principles and he is very clear about democracy and human rights.

After becoming the chairman, he gave priority to implementing the party manifesto.

“I am not claiming that the party has fully implemented its manifesto but I can say that many points have been implemented. In 2016, Mr. Bilawal personally participated in the preparation of the manifesto, something that Zardari did not do,” according to Mr. Babar.

Regarding the alleged corruption by PPP leadership, a central leader told that after assuming charge Bilawal clearly directed Chief Minister Sindh Murad Ali Shah that if any minister or advisor is involved in corruption or corrupt practices, he or she must be removed.

Party sources say Bilawal is very conscious about his personal image and doesn’t want it to be tarnished due to the corruption of party members, but Zardari never cared about such allegations.

When Zardari was in command of the party, he only wanted to know the main points of policies and gave directions on that basis. In contrast, Bilawal personally oversees the implementation process, the progress of provincial government, and the functioning of the parliamentary committees including progress under the charter of democracy, sources claim.

A majority of the party leaders feel that one area in which Bilawal lacks is taking strict action against party representatives who violate party discipline. During the election of Senate Chairman Sadiq Sanjrani, some senators violated party discipline, but no action has been taken against them, although Bilawal may not grant them party tickets in the future.

Party members believe that there is no doubt that Mr. Bilawal is a true democratic leader. He was the first leader of a party to back the Pashtun Tahafuz Movement (PTM) regarding their “genuine demands” when no one dared to speak about the organization, they say.

According to sources close to Bilawal, during the lawyers’ APC and the opposition parties’ conference in September, the main issue was to distance the army from politics. This is a clear result of steps taken by Bilawal to expand the principle of democracy and bring the opposition parties on one platform, they added.

PPP leaders believe that Bilawal is delivering the goods. To substantiate their claim, they say that after assuming party command, on his directives the Sindh government gave priority to the health and power sector, construction of hospitals especially cardiac facilities, and power generation from wind and coal plants.

Regarding the corruption perspective, a close party aide claimed that after Zardari stepped down from PPP leadership the sentiment in Punjab has started to improve from negative to positive. Earlier most provincial leaders were not ready to defend the main leadership, especially Zardari and his sister Faryal Talpur, but now the situation is different.

A political analyst from Lahore said there is not much improvement in the governance of the party under the command of Bilawal due to alleged corruption and many other factors but it is better than the era of Zardari.

A journalist from Johi, a remote area of Sindh, observed that after Bilawal took command, the party has a young face but its lower body is still paralyzed because all lower machinery from civil administration to party representatives are the same with a corrupt mindset. That’s why the party under the command of a foreign-educated young and energetic chairman did not deliver any positive results, he added.

Most of the common people of Sindh, especially in the rural areas, while expressing their views said they did not feel any major change in the governance and delivery system under the chairmanship of Bilawal as the same people are running the show.

When the above perceptions were shared with a person close to the former president, he said many old or infamous people are missing from the picture; a few old guards are still there only due to the chairman’s decision. It was revealed that during the change of command the party had decided that the new chairman will bring his own team, but after a lot of debate, Bilawal said he will decide who has to be removed.

Commenting on this situation, Farhatullah Babar said a good decision for a political leader is to choose their own working team as this will clearly convey the message of change.

About the common perception that people from Asif Zardari to Faryal Talpur are taking benefits from different businesses such as Bahria Town, a high-level party leader claimed that from day one Bilawal isolated himself from any type of business, including the family business.

Senator Aajiz Dhamra, information secretary PPP Sindh, claimed that Bilawal’s priority is party governance and he regularly questions ministers and party officials; he is not compromising on powers of the party or provinces.

Regarding the corruption issue, Dhamra said if anyone alleges the

When asked why Faryal Talpur is not active in the party, Dhamra claimed now that Bilawal himself is looking after most political issues of the party, consequently, Faryal has curtailed her activities.

Bilawal has directed the provincial government that more powers should be given to the local bodies. A new local government draft law has been prepared in Sindh in which the matters of water, sanitation, and sewerage have been devolved to local governments. Hopefully, this will prove a major step in improving governance delivery in big cities, sources said.