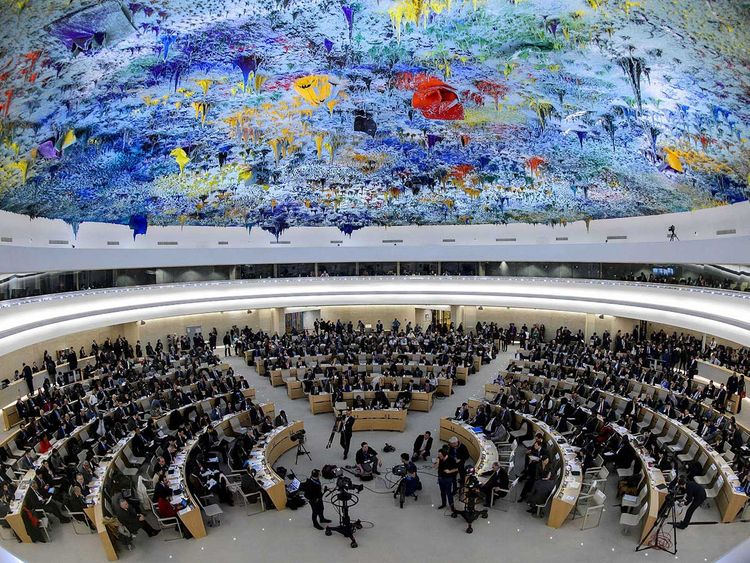 Pakistan in its national report submitted to the council said it remains committed to ensure realization of Human Rights. Besides the country’s constitution enshrines enjoyment of basic civil, political, economic, social and cultural rights of its citizens. The constitution even guarantees the right to development.

Consistent engagement with the UPR mechanism and follow-up actions pursuant to UPR recommendations reflect Pakistan’s commitment to cooperate with the Human Rights Council and its allied mechanism, the report says.

The Universal Periodic Review (UPR) is a process which involves a review of the human rights records of all UN Member States.

According to UN Council’s press release, the UPR working group’s review session will continue till February 3. The country’s first, second and third UPR reviews took place in May 2008, October 2012 and November 2017.

The Human Rights Situation in Pakistan

As of recent incidents, the court five years on has declared former SSP Anwar and all his 17 subordinate officers not guilty in Naqeebullah Mehsud’s murder case.

While Mehsud was allegedly killed in a police encounter, Pakistan has still not enacted a law criminalizing torture despite Pakistan’s obligation to do so under the UN Convention against Torture.

In July, the Pakistan Senate unanimously approved a bill outlawing police torture and otherwise seeking to prevent deaths in police custody. The law if passed would be the first time that Pakistan enacts a comprehensive definition of torture in line with Convention Against Torture. The bill also proposes criminal liability for death caused in police custody.

Similarly, violence against women and girls, including rape, murder, acid attacks, domestic violence, and forced marriage remains endemic throughout Pakistan. Human rights defenders estimate around 1,000 women getting killed each year in the name of honor killings. Religious persecution also remains a grave concern for different minorities and ethnicities in Pakistan.

In 2021, the Pakistan government intensified its efforts to control the media and curtail dissent. Authorities harassed, and at times detained, journalists and other members of civil society for criticizing government officials and policies. Violent attacks on members of the media also continued.