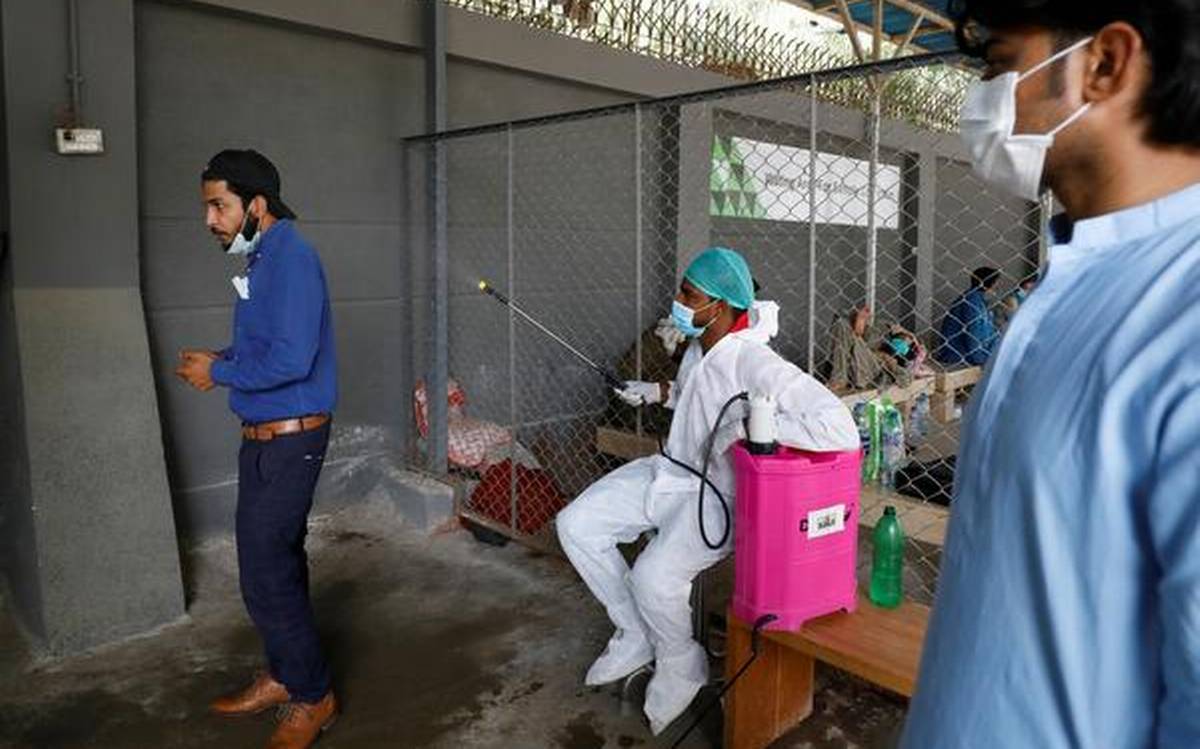 Corona has killed two controversial judges recently, Waqar Seth and Arshad Malik. The Establishment and the government, to put it mildly, had reasons to hate both. For totally different reasons though, both will live for a long time in our history.

With his boots on as the Chief Justice of Peshawar High Court, Mr. Seth was catapulted to fame for his historic decision convicting Musharraf in a high treason case. He was hailed by many as an independent, intrepid judge while the then ISPR chief and certain PTI ministers dubbed him a traitor, working for the enemy, and mentally unfit. Amidst this grand controversy, the hand of Corona intervened and took him away.

Accountability Judge Arshad Malik convicted Nawaz Sharif in the Al-Azeezia reference case and was later found admitting, in a video recording, of the pressure he was under to convict Nawaz. His confession embarrassed his handlers. He, like Musharraf, was great at waltzing with a goblet full of the wine on his head without spilling it; hence, capable of spilling yet more beans. But then the virus silenced him.

Twitter is a dodgy platform where people say all kinds of nasty things. Responding to one such horrible allegation, General (R) Ghulam Mustafa in a Youtube video said that the Establishment doesn’t have anything to do with these deaths and that such ideas were detrimental to Pakistan. General sahib is spot on.

However, looking at the choices covid-19 is making, Qazi Faiz Essa needs to be super cautious. Social distancing one doesn’t know, but judicial distancing he is not observing as he has filed yet another petition pointing out the undeclared or dubious assets of various PTI men including Imran Khan and former information advisor to the PM, Asim Saleem Bajwa. Mr. Essa in his petition mentioned about a dozen properties of Mr. Bajwa in the USA. Prime Minister Imran Khan, a certified Sadiq and Amin himself, however, exonerated Mr. Bajwa of any wrongdoing, as Mr. Bajwa fully satisfied him in an interview. Hence, there was no need for further probe through a JIT.

Besides the two deaths, two interviews have also attracted attention recently. Stephen Sackur interviewed former Finance Minister Ishaq Dar in HARDtalk, wherein he was found stuttering while answering questions about his properties. A PML(N) friend thought Mr. Dar was financially as clean as a whistle but his English let him down. Many disagree. After all, Dar is no Meera. He was perhaps caught unaware; prepared to talk about Pakistan’s economy and not his personal financial empire. The second interview was that of Imran Khan by a local Sackur (spelt right?) Mr Hamza Ali Abbasi. Mr. Abbasi is a PTI member and his services for journalism are no less than those of Shehbaz Gill in the spread of truth and decency in society. It was SOFTtalk, every inch. The lengthy interview covered almost every issue of importance, including drug addiction. Let’s give the PM his due – he talked well on the topic.

The world is full of all kinds of Sackurs (correctly spelled?) Little wonder then that the PTI Lahore Twitter handle shared two lists of journalists, The Good and The Bad. The latter, the tweet read, ‘build narratives for the corrupt’ while the former was a bunch of ‘brave and bold journalists fighting the war of truth and justice’. The list of bold and beautiful included Chaudhry Ghulam Hussain, Sabir Shakir, and Imran Riaz, aka The partridge. While The Bad list included the likes of Hamid Mir, Talat Hussain, and Najam Sethi aka The sparrow. No comments! Later, like the droppings of a bird, the tweet was removed.

Talking of birds, a hawkish statement by Imran Khan came to mind, wherein he said anybody who provided the chairs, tents, sound system, etc. to the PDM jalsas would face criminal charges. Going by this logic, Mr. D.J.Butt should have been serving life imprisonment for arranging sound in PTI’s 126 days dharna. Rationality should be left alone though when talking about Pakistani politics and politicians. Remember, Firdous Ashiq Awan recently breaking a stack of tiles with a punch at a ceremony said she had broken the tiles with PDM in her mind.