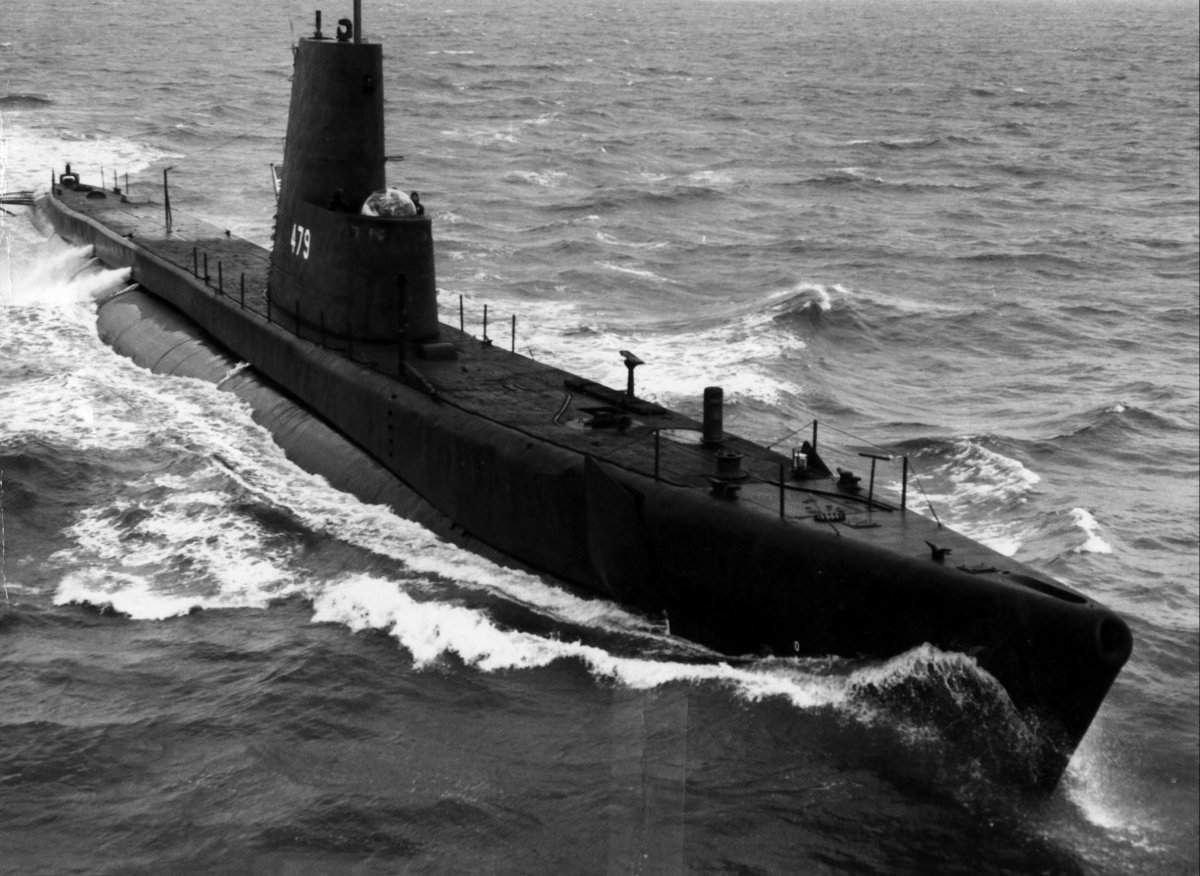 “Each year he grows more restless, the salt flows through his veins But the depths are for the young, not the old with many pains.” – Soul of a Submariner by John Chaffey

The above couplet sums up the self-immolating temerity of those silent prowlers who risk death and discomfort by moving intrepidly across the ocean currents in the stygian gloom of sea depths. Life under the sea is not for the fainthearted; it takes a special breed to come up to the verity of John Chaffey’s poetic tribute to the submariners.

For a country like Pakistan – which is faced with the threat of a much larger and aggressive Indian navy – submarines are the ultimate levelers.

The Tench-class fast-attack diesel-electric submarine called Ghazi by the Pakistan Navy was leased to Pakistan in 1963. The result of Ghazi’s aggressive deployment was the bottling up of the Indian fleet that did not dare to sail out of its harbor, deciding to sit out the war due to fear. S N Kohli, the Indian deputy naval chief, writes in ‘We Dared’ about the infuriation and shame of the Indian sailors who felt belittled by the timidity of their high command.

The memory of such pusillanimity rankled with the Indian military planners who set about raising the stock of their navy during the inter-war years. The upshot of the 1965 humiliation was the comprehensive modernization and development of the Indian navy that effectively tripled its size by 1971. The Indian naval build-up in the shape of four submarines and eight OSA-class missile boats was not matched by Pakistan where a phasing out plan of the WWII vintage surface fleet was in progress.

The 1971 war that was mostly fought in the eastern half of the country saw a daring action by the Pakistan Navy that was outmatched on the surface by the Indian Navy. In order to keep the Indian fleet confined to its coast, the Pakistan Navy deployed three submarines on nodal points along India’s Western coast.

The Daphne-class submarine Hangor prowled the sea along the coast opposite Bombay. It came across a mouth-watering opportunity to sink the Indian fleet, which was moving out of Bombay on the night between 3 and 4 December. But it restrained itself due to the rules of engagement given by the Pakistan Naval Headquarters to not attack any warship unless it attacked first.

However, in subsequent duels, when permission was granted, Hangor sunk an Indian anti-submarine frigate INS Khukri off the coast of Kathiawar on 9 December. Hangor defied Indian attempts to destroy it through 150 depth charges and remained instrumental in bottling up the Indian fleet.

In order to hunt Vikrant and also relieve pressure on depleted naval resources in the eastern theatre, the Pakistan Navy decided to send the only submarine with pluck and range to accomplish the arduous mission: the redoubtable veteran of 1965, the Ghazi.

In the eastern theatre, the Indians had a decisive superiority with a Task Force comprising aircraft-carrier Vikrant, two frigates, a destroyer, a submarine, and a few patrol vessels. Pakistan had just four gunboats and a few small riverine crafts. Some war historians also report that Indians had hidden the INS Vikrant, their much-vaunted aircraft carrier, in the backwaters of the Andaman Sea as they feared Pakistani submarines.

PNS Ghazi, under the command of Commander Zafar, embarked upon its daring and hazardous 2,000 miles trek from Karachi to the eastern theatre on 14 November 1971. On the scent of the Vikrant like a bloodhound, it bypassed Vishakapatnam, the Indian Navy’s eastern base.

However, as Vikrant had moved far ahead by that time to hide in the Andaman Sea, the submarine couldn’t locate its intended prey. It doubled back and came towards the Vishakapatnam Port for the second part of its mission to lay mines in the narrow approach to the harbor. The intention was to bottle up Indian heavy naval concentration in its strategic eastern port base.

During the day, the Ghazi successfully laid mines in a linear fashion. It returned during the night to finish off the task, most probably due to the obstreperous post-monsoon heavy tides. As the musical whir of the diesel engines and the sweet purr of electronic gadgets created an auditory sensation akin to a lullaby, the intrepid crew of the Ghazi prepared to lay the second string of mines.

The Ghazi’s mission was tantamount to tempting fate from the word go. That night, however, proved to be too much of a tempta- tion to fate. The dangerously aggressive gambit backfire as the storied submarine accidentally struck one of the mines it had laid by day.

A deafening crescendo of sound heralded the martyrdom of brave souls as the Ghazi went up in a blaze of glory, striking terror in the hearts of Indian sailors at Vishakapatnam. It was a classic act of self-immolation by a daring crew that had defied Indian surveil- lance and sea hazards on one of the most hazardous and daring war patrols in naval history.

The Ghazi saga reminds us what a single daring submarine can achieve – a fact we ignore at our own peril when according due diligence to our naval development.