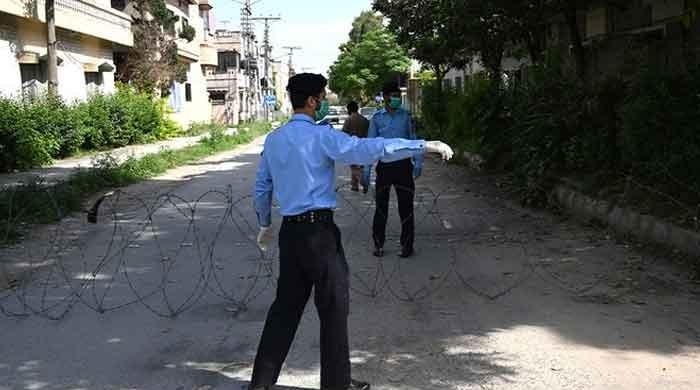 On the other hand, while violation of standard operating procedures (SOPs) continued, vaccination centres have become one of the most vulnerable places. Hundreds of people stay in queues without maintaining social distancing. It is worth mentioning that as many as 3,707 samples were collected from the city on Saturday, out of which 395 were found positive.

The weekly positivity rate, which was 0.9pc in the last week of June with 221 cases reported during the week, has increased to 9.2pc with 2,180 cases reported in the past one week.

There are some exemptions to the order such as availability of essential services and supplies like pharmacy and medicine shops, rationing, drinking water supplies, utilities and emergency and so on, but under strict standard operating procedures (SOPs).

Meanwhile, vaccination centres across the city have become hubs of virus transmission as implementation of social distancing has been ignored by people and the administrations of the centres.

Meanwhile, Punjab health authorities have recommended smart lockdown in 17 areas of the district as 80 patients were reported from these areas in a week.

Smart lockdowns will be enforced in and around the houses where more than four patients are reported.