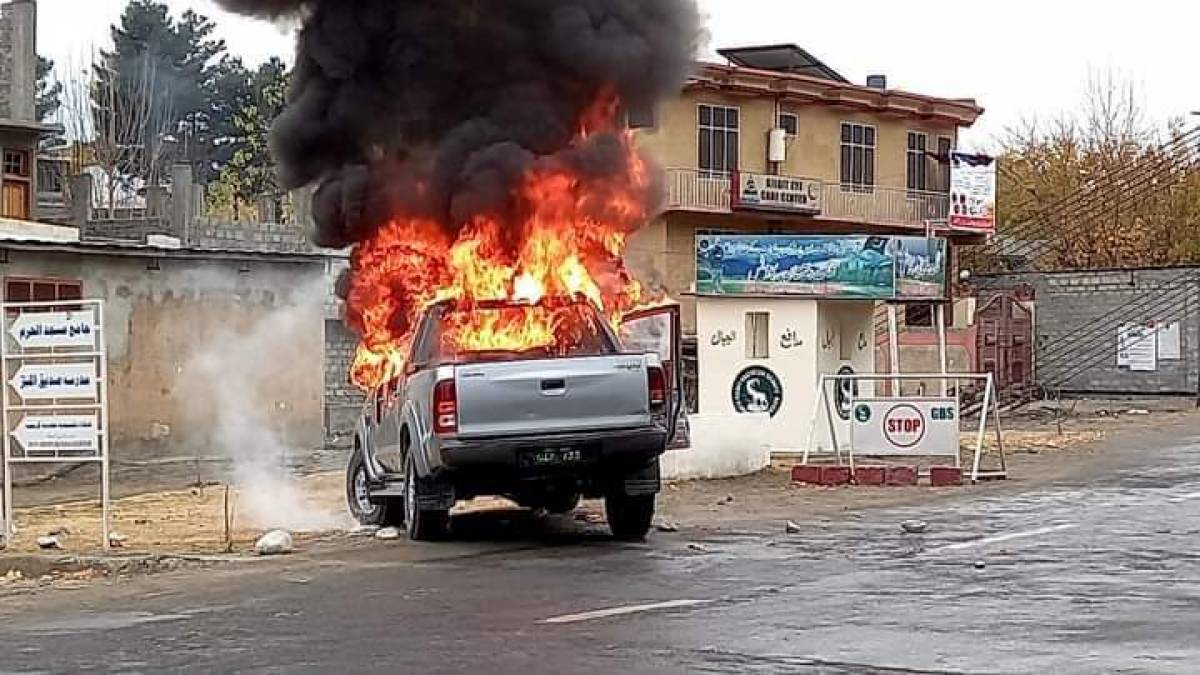 At least four vehicles, one of which belonged to an interim minister, and a building of Gilgit-Baltistan’s forest department were torched by unidentified persons on Monday. The protest arranged by the PPP against alleged rigging in a constituency in the recent GB elections turned violent, said poilce.

Gilgit Senior Superintendent of Police Mirza Hussain said the violence started after a clash between security forces and protesters. He said there were no injuries and no one had been arrested.

PPP’s GB chapter President Advocate Amjad, however, said that several workers of the party were injured from tear gas shelling by police. He said demonstrations will be held in 12 districts from 12-4 pm tomorrow.

Meanwhile, PPP’s information secretary for GB Saadia Danish said that party workers had arranged a peaceful protest against alleged rigging in GBLA-II but the police used force to stop them. She said police resorted to baton-charge and aerial firing, which led to the disruption of peace. She held the local administration responsible for the law and order situation.