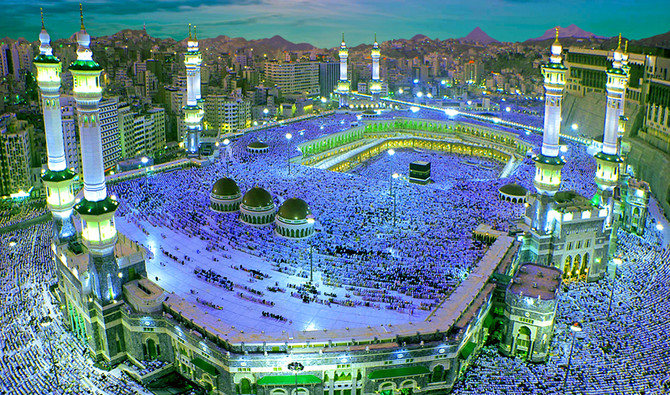 MAKKAH: Ahmed Khan Qandal, who came from Mandi Bahauddin in Pakistan in 1983 at the age of 23, never thought that he would spend the next 40 years of his life in Saudi Arabia, specifically as a sanitation worker/supervisor at the Grand Mosque in Makkah.
Qandal initially promised his parents he would return home as soon as possible. But Makkah and the service of the Grand Mosque kept him preoccupied as his parents have since passed on. The years flew by and today the 61-year-old Qandal is a supervisor for sanitation work at the Grand Mosque.

His memory is made up of different Saudi events, the most important of which were the Grand Mosque’s second and third Saudi expansions projects, and the Kaaba’s restoration project.
“Since I came to Saudi Arabia almost 40 years ago, I felt that I was among family and I never felt alienated,” Qandal told Arab News. “Whenever I meet someone new, they tell me how lucky I am to be able to serve the Grand Mosque and pray there. I was always near the Holy Kaaba and this is a great honor that only a person with a special relationship with God can have. I was blessed to be able to do this work for four decades.”

He noted that he came to Saudi Arabia during the reign of the late King Fahd bin Abdulaziz.

“I worked in cleaning the outer courtyards, and approximately four years later, the second Saudi expansion of the Grand Mosque happened,” Qandal said. “I was a witness to how Muslims began to perform their rituals more comfortably.”
The Pakistani worker witnessed the restoration of the Kaaba during the reign of the late King Fahd and said it was one of the most important and beautiful stages of his life.
Qandal believes God chose him to witness many significant events, including the third Saudi expansion during the reign of the late King Abdullah.
Aside from his time at the Grand Mosque, Qandal also worked with a cleaning company for 11 years until he moved to the Saudi Binladin Group. Over the years, he became known for his efficiency and hard work. Working with warm, welcoming people from all over the world is what has stuck out the most for Qandal during his time at the Grand Mosque.
“We were all loving brothers,” he said. “All the workers in the General Presidency for the Affairs of the Grand Mosques and the Prophet’s Mosque operate as a united team to show the Two Holy Mosques in the best way possible.”
Qandal has two sons and a daughter. One of his sons works in the electrical department at the Grand Mosque and the other is with his sister in Pakistan.
He stressed that his wish is to be buried in Makkah, the city he lives in, pointing out that whoever lives in the service of the Two Holy Mosques cannot in any way feel bored or lonely.
“Happiness, love, harmony, tolerance, mercy, and peace can be found in all corners of the Grand Mosque,” Qandal said. “Where Muslims coming from all over the world come to praise God.” Courtesy: Arab News