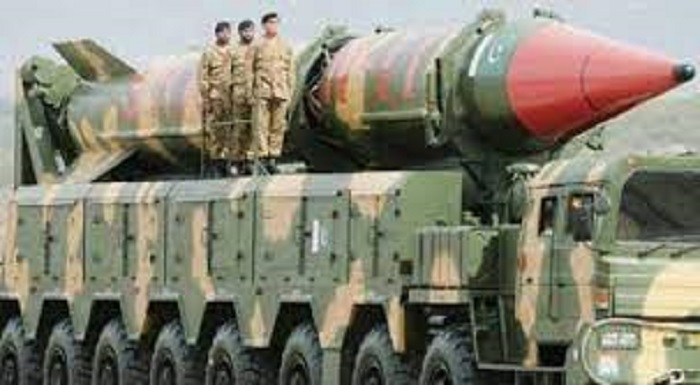 The training launch was aimed at ensuring operational readiness of Army Strategic Forces Command (ASFC) and re-validating technical parameters of the weapon system.

Missile Ghaznavi is capable of delivering multiple types of warheads, including nuclear weapons, up to a range of 290 kilometres.

Gen Ali appreciated the excellent standard of training, handling of the weapon system and execution of the launch mission in the field by troops.

The president, prime minister, chairman joint chiefs of staff committee and the services chiefs also congratulated all ranks of ASFC, scientists and engineers on the successful conduct of the launch.

In February this year, the ASFC had cond­ucted a ‘training launch’ of Ghaznavi as part of its annual field training exercise.

“The missile is equipped with a proper terminal guidance system. In recent years tro­ops from the ASFC have conducted several training launches to check the handling and operating of the complex weapon system,” the ISPR statement had said at the time.

The Ghaznavi missile has been tested in both day and night modes, which indicates the high reliance of Army Strategic Force on this missile since it brings several Indian cantonments and military bases in areas along the border within its range even if launched from central Punjab.