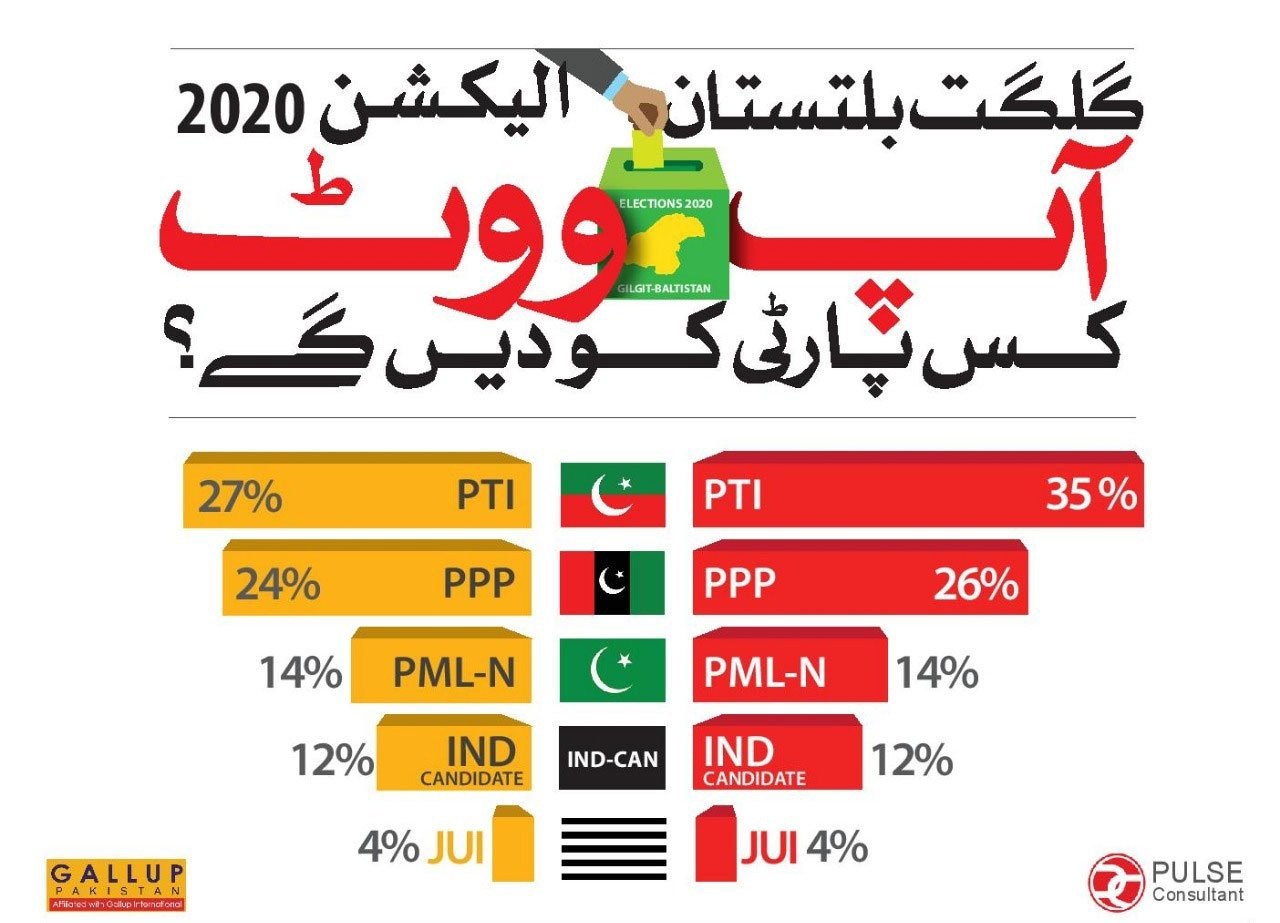 Pakistan Tehreek-e-Insaf (PTI), the ruling party at the Centre, has emerged as the leading party after it secured 8 out of the 23 Gilgit Baltistan Legislative Assembly seats in the elections held on Sunday.

As per unofficial results, the PPP came in second with 3 seats bagged, PML-N secured 2 seats, while the JUI-F and MWM secured 1 seat each. On the other hand, 7 seats went to independent candidates who will play a vital role in the formation of the next Gilgit-Baltistan government.

The result of GBA 18 is delayed where PTI’s Gulbar Khan was leading.

PPP GB President Amjad Hussain Advocate managed to win from 2 constituencies — GBA-1 Gilgit-1 and GBA-4 Nagar-1. It is for the first time that any candidate has won two seats in the regional election.