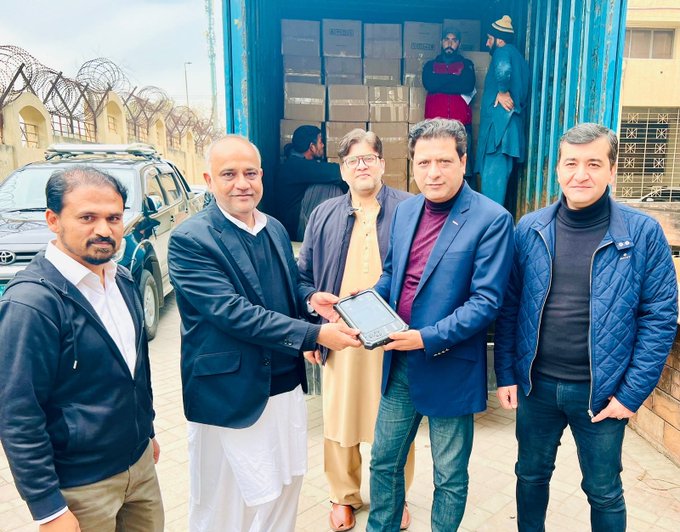 ISLAMABAD: The National Database and Registration Authority (NADRA) handed over 17,600 Android tablet computers to the Pakistan Bureau of Statistics (PBS) to enable commencement of the first-ever digital population and housing census. Its the last batch of the 126,000 tablets provided for the purpose.

Distribution of these tablets in 495 census districts across the country had been a challenging task. The authority successfully completed the massive drive in nine days. It also includes the capacity building of more than 90,000 enumerators at 932 venues.

Speaking on the occasion, the Chairman Malik said: “Digital census is step that pulls Pakistan out of ancient past and opens the door of modern future. From scribbled responses on millions of paper sheets to real time validated data in apps on secure devices with the satellite imagery is a step towards Digital Pakistan. Big data from digital census would become foundational system for evidence-based policy making for Pakistan.”

The team efficiently ruggedized and hardened the huge number of tablets at the assembly line facility.

The Android-based census digital application has online and offline support with seamless data synchronization feature. The system will support the PBS in all three stages of census — pre-census, census stage and post-census stage.

The Election Commission of Pakistan (ECP) had on December 16 linked the conduct of fresh delimitation with official notification of the final results of the first digital census results by March 31, 2023.

Dawn News reports Chief Statistician PBS saying that the field work would be completed in the first week of March followed by data validation.

To a question he added that the Article 51(5) of the Constitution provides for the conduct of GE on the basis of the previous census results.

He said that the validation of data on block level might take two to three weeks.

In this article:Digital Census, NADRA PBS