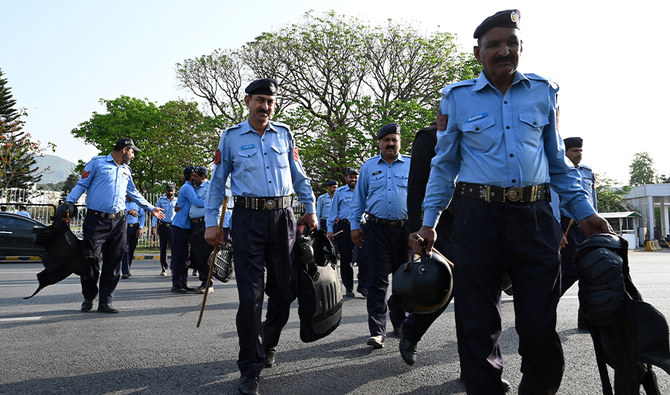 ISLAMABAD: The capital administration and police found themselves in a predicament after the Islamabad High Court ‘s divisional bench on Friday ordered ordered holding of local government (LG) elections in the capital on Saturday, Dec 31, 2022.

Police and administration officers said the direction comes at a time when two major events_ a written test for recruitment in the police and New Year’s eve_ are already scheduled for the day.

Over 25000 candidates will be appearing for the recruitment test scheduled to be held at the Sports Complex. Two thousand police personnel were deployed there on security duty. Besides restricting public transport from Zero Point to Dokri Chowk from 8am on Srinagar highway.

With only half a day left and all personnel already deputed on security duty of the two events, all relevant staff and police officials had been called on duty and their leaves cancelled with immediate effect, the officers added.

The officers said despite the court order, no intimation was issued to the officers of the capital administration and police till 8:15pm. While 1,050 vehicles had been arranged for transportation of polling staff and election material earlier following the ECP order, but as the elections were postponed the vehicles were sent back.

Arranging such a large number of vehicles in a short notice is impossible, the officers said. They added that there were over 3,000 polling stations for over one million voters. Fifty 50 of the polling stations were very sensitive and 500 sensitive.

The polling stations require deployment of at least 9000 police personnel, if three officers assigned to each.

On the other hand sources in the Federal Directorate of Education (FDE) said that majority of the staffers left for their hometowns for winter vacation, as no prior direction had been received regarding the elections on Saturday. The officials added that it is impossible to call them back at such a short notice.