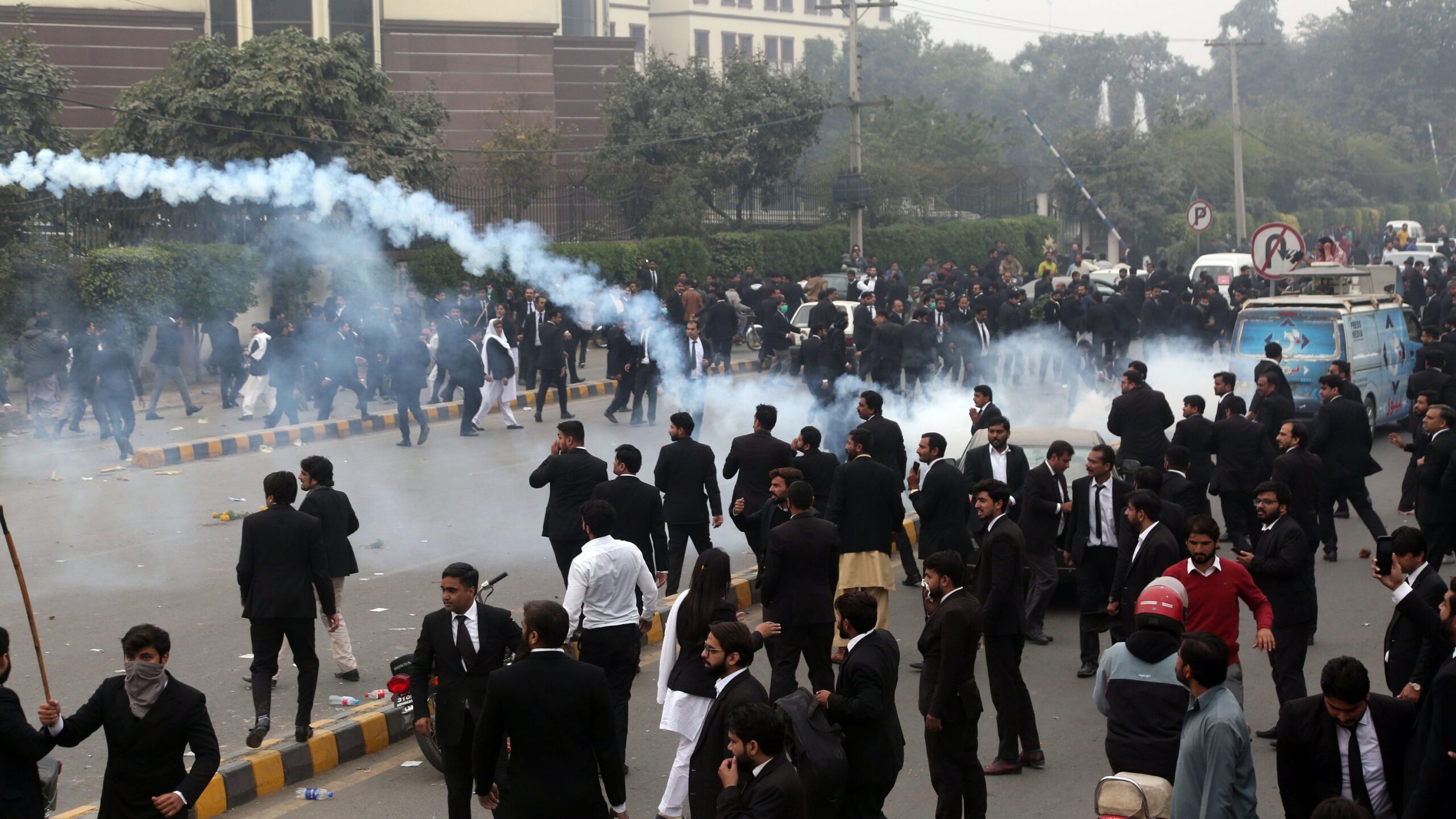 The recent attack on the Chief Justice of the Islamabad High Court (IHC) was only the tip of the iceberg of the deteriorating relations between bar and the bench. Besides so many other things, a core issue behind strained relations between lawyers and judges is the matter of inadequate oversight of the regulators i.e., the Bar Councils.

On 8 February 2021, about 150 lawyers stormed the Islamabad High Court (IHC), ransacked the Chief Justice Block, and detained the IHC Chief Justice Athar Minallah and other judges for a couple of hours.

The judiciary got registered FIRs against the ‘rowdy’ lawyers under the Pakistan Penal Code (PPC) and Anti-Terrorism Act (ATA). Besides, the court has also started disciplinary proceeding against the delinquent lawyers to send their references to the Islamabad Bar Council (IBC) and Pakistan Bar Council (PBC).

The lawyers manhandled, detained, abused and even beaten up the judges of the lower courts on several occasions in the past. However, neither the High Courts nor the Bar Councils took notice of the rowdy behaviour of the black-coat holders.

Recently, a lady Additional District and Sessions Judge Dr Sajida Ahmed wrote to the Chief Justice of Pakistan and Lahore High Court (LHC) Chief Justice, highlighting the uncalled for behaviour of the lawyers and said she would never have joined the profession had she known about the lawyers’ behaviour.

The prime responsibility to maintain order among lawyers is on the Bar Councils which grant them licences for legal practice. The role of Bar Councils has finally come under the judiciary’s scrutiny after the Chief Justice Block of the IHC came under attack.

Ironically, the Bar Councils responsible to ensure discipline among the lawyers take lenient view for various reasons including the political considerations and their internal groupings.

Section 13(d) explicitly empowers the Pakistan Bar Council to lay down and prescribe standards of professional conduct and etiquette for advocates. Section 21 divides the profession into four distinct categories. Section 22 provides that no person shall be entitled to practice the profession of law unless duly enrolled as an advocate.

Chapter-VII is in relation to the conduct of advocates and describes the mechanism regarding conduct of proceedings in case of professional misconduct and prescribes the punishments. Section 55 empowers the Bar Council to make rules. The scheme of the regulatory framework is based on the foundational principle of self-regulation.

The requirements and procedure for enrolment of an Advocate of the Supreme Court is laid down by the Pakistan Legal Practitioners and Bar Councils Rules, 1976.

Chapter-XII has prescribed the canons of professional conduct and etiquette required to be observed by the Advocates. The conduct has been divided into three distinct categories i.e. in relation to the other advocates, clients and the general public, respectively.

The honour of the profession is advanced when an Advocate renders professional services or gives advice ‘undertaking exact compliance with the strictest principles of moral law”. It is an integral part of the prescribed code of conduct that an Advo- cate himself has to observe and advise the client to obey and respect the statute law.

However, despite having ample powers, the Bar Councils seldom take punitive action against the delinquent lawyers.

According to senior lawyer Hamid Khan, this is because the elections of the Bar Councils and the Bar Association have been changed and instead of professional- ism, the decisive factors are grouping, politics and money driven.

He said that at present so called lawyers leaders not only use money but apply all the techniques including taking help from the district administration and police to secure vote and support of their opponent lawyers.

This is the reason for the erosion of profes- sionalism, he said.

As far as the case of Islamabad’s lawyers is concerned, the issue of lawyers’ chambers has a decade old history. In the Islamabad’s Master Plan, there was no place allocated for the District Court.

The District judiciary was established as a makeshift arrangement in 1980. The chambers crisis started to emerge in 2011 when the federal capital got an exclusive high court – the IHC. In subsequent years the size of the lower judiciary also increased manifold as the sanctioned posts of the sessions courts judges rose from 14 to 100.

It may be mentioned that before the establishment of the IHC, Islamabad was under the territorial jurisdiction of the Lahore High Court (LHC) while the judicial officers from Punjab Judicial Service were posted in Islamabad as lower courts judges.

However, after the local judiciary emerged, the number of practicing lawyers also increased from about 1,200 to 6,500. However, neither the district judiciary was given the proper space nor there was enough room allocated for lawyers to establish their chambers.

At present, the district judiciary is working in six commercial buildings owned by Saeed Anwar, Anwar Sanwal, Dr Haroon Rashid, Raja Shafqat and Mrs Anjum since 1980 when the sessions courts were established in Islamabad. Initially, the rent for the courts was Rs14 per square foot, however, currently, the rent has increased to Rs84 per square foot.

In 2005, the government planned to shift the lower courts to the newly-constructed district courts complex, but the devastating October earthquake forced the government to defer the move.

In 2013, the lawyers encroached upon the Football grounds but faced tough resistance from the local traders. Former Chief Justice Saqib Nisar took a suo motu action on lawyers’ encroachments. However, despite authoring the judgments on almost every subject, he could not conclude the proceedings in this case till the time of his retirement.

The lawyers also started construction of chambers within the premises of the district courts even outside the courtrooms, parking areas etc.

The Bar Councils could have avoided a crackdown against the lawyers by taking action against them on its own in accordance with the Legal Practitioners Act. However, the ball is in the judiciary’s court now and the lawyers’ bodies are again demanding clean chit for the lawyers responsible for attacking the IHC and detaining the judges – an unlikely outcome this time around.