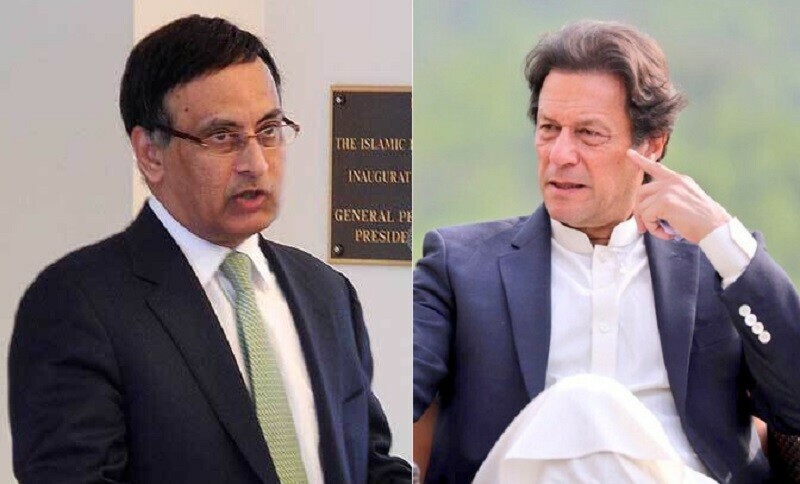 WASHINGTON: Hussain Haqqani, Pakis­tan’s former ambassador to the US shared on Monday that he has asked his lawyers to examine if Imran Khan’s conspiracy theories about him fell under defamation laws.

“I have asked my lawyers to examine if Mr Khan’s conspiracy theories about me fall under defamation laws in the various countries where his statements are published.”

The former prime minister while speaking to journalists in Lahore on Sunday claimed that “the then army chief Qamar Javed Bajwa hired ex-envoy Mr Haqqani in July 2021 for lobbying in Washington. While the ex-envoy launched a “defamation” campaign against him and promoted Mr Bajwa in the US capital.”

Mr Khan also claimed that Mr Bajwa’s alleged set-up was still active in the establishment to keep the PTI from resuming power.

Earlier the party shared online the hiring documents of Robert Grenier, former CIA station manager in Islamabad. Grenier was to lobby for the PTI government in Washington. He then engaged Mr Haqqani to do some research work for him.

Later, PTI officials said that both men instead of working for the party worked against the party. Both colluded with senior figure in the Pakistani military establishment to bring down the PTI government.

Mr Haqqani said Mr Khan’s claims and the Twitter thread were “a conspiracy theory. These are not an evidence of me working with either PTI’s lobbyist or the Pakistan army”.

He said that like all populists, “Khan sahib thrives on conspiracy theories. I wish he understood that I have no interest in either promoting him or dragging him down”.

Mr Haqqani advised the former premier that “it would be better for him to stop spouting conspiracy theories. And instead face legal consequences.”

In this article:Defamation over conspiracy allegations, Hussain Haqqani, Imran Khan