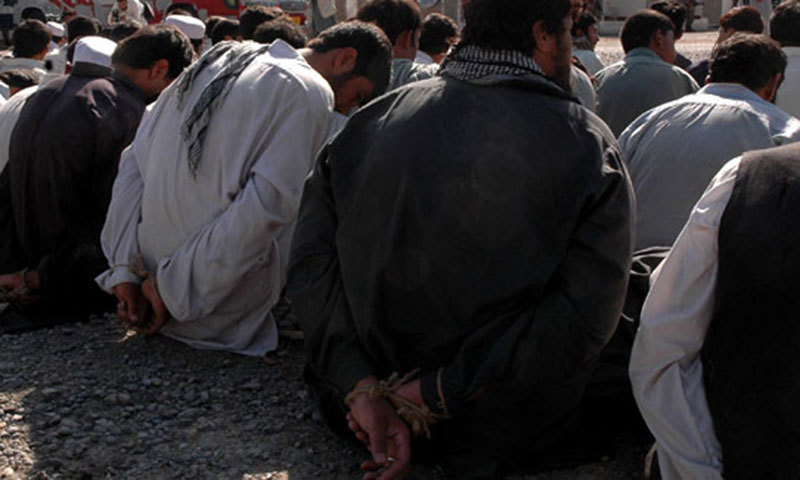 The anti-terrorism court remanded five foreigners in police custody who were arrested for allegedly working for the Afghan and Indian intelligence agencies.

It was claimed by the Counter-Terrorism Department on Monday that they have impeded a major terrorist activity in the metropolis by arresting five Afghan nationals for having links with Afghanistan’s National Directorate of Security (NDS) and India’s Research and Analysis Wing (RAW).

The suspects were presented before the administrative judge of the ATCs on Tuesday by the investigating officer of the case in order to seek their physical remand for interrogation and investigation.

According to the investigation officer, the gang was arrested in an intelligence-based operation carried out in Shah Latif Town.

The arrests were made after the suspects engaged in an encounter with the official of law enforcement agencies.

The investigation officer declared that the suspects made plans of targeting key government installations, including the Sindh Assembly building. An explosives-laden rickshaw along with other explosives and arms were recovered from them which was prepared to be used in terrorist activity

There were some eight cases pertaining to encounter were registered against them.

The investigation officer requested for 14-day physical remand of the suspects but the judge remanded them in the custody of the CTD till Feb 20, directing the IO to produce them on the next date along with an investigation report.