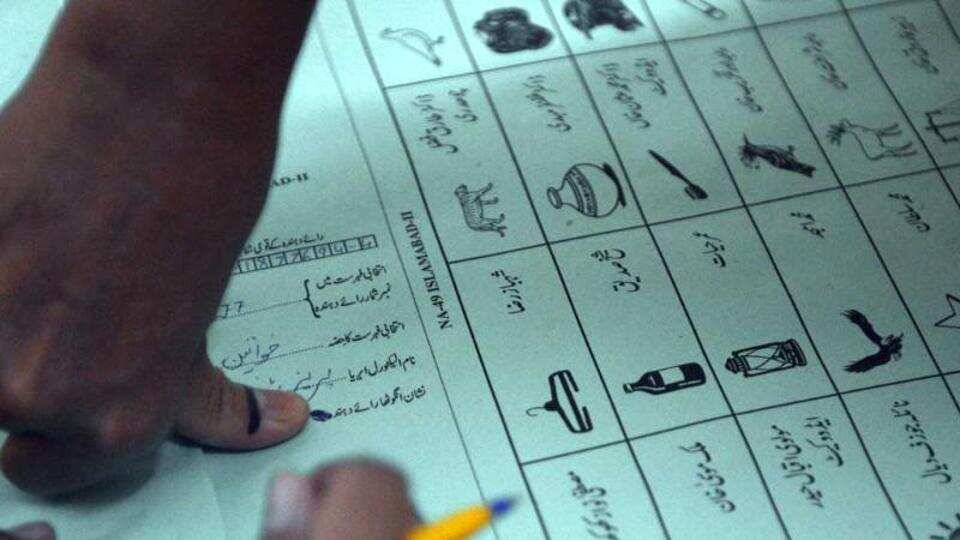 The mid-November polling for Gilgit Baltistan Legislative Assembly was marred by irregularities including suboptimal access for candidates and polling agents and unavailability of the legally requisite forms for issuing provisional tallies, according to a report compiled by FAFEN (Free and Fair Election Network).

Undaunted by the chilly weather conditions, voters turned out in droves to have a say in the affairs of the mountainous region vying for full provincial status in the Pakistan federation.

The preliminary report issued by FAFEN on the evening of the polling day (15 November 2020) says over 60 percent of the voters of Gilgit Baltistan practiced their right to vote in the third consec- utive election to the Assembly.

In such areas, female voter turnout has always been a matter of concern considering the cultural barriers despite various provisions in Pakistani legislation. The Returning Officers (ROs) only provided the gender-disaggregated turnout data for thirteen out of twenty constituencies where the female voter turnout was 53.8 percent as compared to the male voter turnout of 59.6 percent.

And yet the gender gap widened from 6.6 percent for the last elections to 8.8 percent. Along with many socio-cultural and administrative factors, the distance of the polling stations, transport difficulties, lack of awareness about electoral rights, and patriarchal customs bar the electoral and political participation of women. In this context, it is important to address these matters urgently and collectively through an inclusive and participatory process.

Some 320 candidates contested for the twenty-three constituencies of the Gilgit Baltistan Legislative Assembly, including women, political parties’ ticket holders, and independent candidates.

Undoubtedly, there is always a fair chance of disturbance in election campaigns and the slightest negligence on the part of the administration can devolve into violence and protest. The election day also witnessed intense campaigning in the end due to the stirring controversy against Federal Ministers who violated certain legal limitations.

From amongst these constituencies, Gilgit, Ghanche, Ghizer, and Diamer reported unfortunate incidents, primarily in response to the delay in issuing results. By the same token, the presiding officers did not provide the Form 45 to the polling agents. However, on the whole, the ECGB was able to enforce the law on Election Day.

The long term observers deputed by FAFEN interviewed a signifi- cant number of voters in 23 constituencies and recorded their experiences and opinions. A majority of the contestants used holy places for their campaigns. Four percent of the respondents observed some new development projects in the neighborhood, seven percent witnessed food and goods being distributed by the contestants, and five percent were forced to support a specific contestant.

As per the Preliminary Election Observation report compiled by FAFEN, the majority of the polling stations failed to follow the proper procedures in maintaining the secrecy of the vote, the authenticity of the stamping ballots, voters being turned away from their registered polling stations without voting despite having their National Identity Cards (NICs), and over-crowding. Naturally, the authenticity of the stamp is suspicious when it is not done by the voters themselves.

The ECGB failed to provide Form 46 along with Form 45 which proved to be an obstacle in maintaining the probity of the election results. The insufficient number of Form 46 at the polling stations forced the presiding officers to provide results on plain papers with their stamps and signatures, which has no legal standing so far.

Another problem that emerged was the seating arrangement for polling agents from six constituencies where they sat at a place where they could not observe the voting process easily. The resolute reports suggested that during the arrangement of the preliminary results in the last three constituencies, the RO office was off-limits for the candidates or their agents, and the delay in providing provisional results on Form 47.

According to the law, these provisional results are supposed to be completed by 2:00 AM on the day following the polling day. Not only did this fray the political scene but also raise questions upon the reliability of the results and point towards electoral fraud.

The report also suggests that the observers deputed by FAFEN did not face any restriction in observing the voting process in the beginning, however, objections did come up in Skardu. Taking advantage of the law, major contending parties formally asked ECGB to allow the independent observers to view the counting process which resulted in the timely presence of FAFEN observers at many locations.

Pertinent to note is that proactive measures by the Chief Election Commissioner (CEC) using his powers could have reinforced the confidence in the integrity of the process.

Media personnel and other observer groups did not face any restraints in observing the proceedings. Again, some efficiency by ECGB could have saved the media and other observer groups from the confusion in tallies of vote count since a parallel system was used to gather information and report unofficial results. This will be clear once the official results are released on the ECGB website.

Generally, the ECGB was able to take the COVID-19 safety measures and follow the requisite SOPs. Still, FAFEN observers reported disregard for the SOPs in 15 constituencies, amounting to over one-tenth of the observed polling stations.

The preliminary report was compiled by 529 non-partisan observers trained and deployed by FAFEN, 30 percent of them women observers based on the summary observation of 436 polling stations.