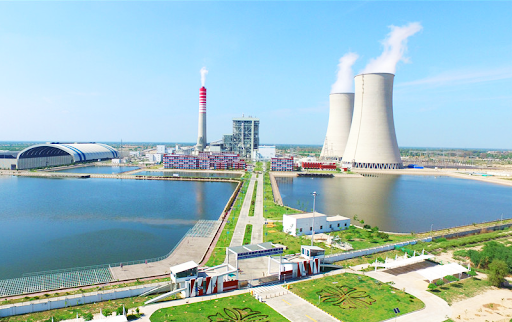 Even before it come to power, Prime Minister Imran Khan’s Pakistan Tehreek-e-Insaf (PTI) had cried herself claiming the energy projects set up under the umbrella of China Pakistan Economic Corridor (CPEC) were costly and that these long-term agreements would strap the economy with debt. Now, an official investigation seems to have confirmed those fears, well-placed sources tell The Truth International (TTI).

Soon after assuming power, Prime Minister Khan had ordered an enquiry into the affairs of the IPPs. Inquiry Committee has also reviewed CPEC energy projects including coal, wind and solar. Headed by former SECP Chairman Muhammad Ali, the committee has unearthed irregularities worth billions of rupees in the power projects.

Committee has found three basic faults in agreements including Excess Set-up cost; excess return due to excess set-up cost and excess return due to miscalculation of Internal Rate of Return (IRR) which may lead to overpayments of more than 500 billion over the 30 years’ life period of these projects.

Pakistan and China signed Energy Cooperation Agreement in 2014. Under the agreement total installed capacity of the projects was listed as 17,045 MW. It was also agreed to ensure the projects to be completed as per agreed timeline.

CPEC energy projects received special treatment. They were given tax concessions and ensured timely release of payments. Almost 70 percent projects were coal based, 25 percent Hydro, and solar and wind were 5 to 6 percent.

One of the member of the IPPs inquiry committee shared that Inquiry report says that Excess set-up cost of PKR 32.46 billion was allowed to the two coal-based plants due to misrepresentation by sponsors regarding Interest during Construction (“IDC”) as well as non-consideration of earlier completion of plants by NEPRA. These plants were completed within 27-29 months, however IDC was allowed for 48 months. As a result, one of the plants, Huaneng Shandong Ruyi (Pak) Energy (“HSR”), commonly known as Sahiwal Coal Power Plant, was entitled to an excess Return on Equity (RoE) of USD 27.30 million in annual payment of return, which is indexed to USD and will be made every year over the entire project life of 30 years. Assuming a 6 percent annual rupee depreciation the excess payment over the project life works out to a total of PKR 291.04 billon.

In case of China Power Hub Generation Company and Engro Powergen Thar (Pvt.) Ltd., the Commercial Operation Date (CoD) adjusted determination of tariffs have not been issued by NEPRA till the time of preparation of this report.

A comparison of the total project cost of the two IPPs as determined by NEPRA versus the amounts reported in their financial statements showed that excess project cost was allowed to the two IPPs to the tune of PKR 32.46 billion. The main component of this excess cost was the financing cost including IDC. In the case of HSR, at the time of CoD, the IPP had requested an IDC of USD 197.34 million. However, NEPRA allowed IDC of PKR 17.56 billion (USD

167.91 million), whereas as per the financial statements of HSR, the IPP actually incurred an IDC of PKR 6.71 billion, leading to an excess allowance of PKR 10.85 billion in set-up costs (USD

Similarly, PQEPCL was allowed PKR 24.84 billion (USD 234.91 million) in finance cost (including IDC, Sinosure fee, lenders fee, etc.) whereas it actually incurred PKR 12.53 billion (USD 112.79 million) on this account giving rise to an excess allowance of PKR 12.31 billion (USD 122.13 million) in set-up cost. The aforementioned excess allowances were due to the actual construction period of 27-29 months being less than the 48 months’ time assumed by NEPRA in its determinations.

Inquiry committee has also uncovered misrepresentation by the sponsors of both IPPs as interest payments against these borrowings were lower than those reported to NEPRA. The committee has revealed that Excess Return Payment of USD 27.40 million per annum was made to Sahiwal Coal Power Project.

NEPRA allowed total project cost of USD 1,782.31 million and equity of USD 361.6 million to HSR at the time of CoD tariff determination. However, after adjusting for excess allowance in setup cost (mainly IDC), the adjusted project cost and equity work out to USD 1,678.54 million and USD 340.57 million respectively.

Based on this adjusted equity amount, HSR was entitled to USD 70.90 million per year as RoE. However, HSR has been allowed USD 98.30 million by NEPRA. This means an excess of USD 27.40 million in annual return payments will be made to HSR over the project life of 30 years.

Since the project has recently started and the RoE is indexed with USD, assuming that USD appreciates against PKR at an average rate of 6 percent per annum, the excess payment on this account aggregates to a total of PKR 291.04 billion over the next 30 years.

Report also says that IRR miscalculation lead to excess payment of PKR 160 billion to two plants. NEPRA has allowed HSR and PQEPCL a 17 percent USD based equity IRR, assuming payment of return on an annual basis as against actual payment by CPPA-G of CPP, including RoE, on monthly basis.

Because of this mismatch, the IRR earned by these two IPPs works out to be higher than the IRR allowed by NEPRA, i.e.,18.39 percent return instead of 17 percent return. This excess 1.39 percent IRR translates to around PKR 1 billion per year extra payment to each IPP at the current USD/PKR Exchange rate.

Assuming that USD appreciates against PKR at an average rate of 6 percent per annum, the excess payment on account of IRR would amount to PKR 72.5 billion in case of HSR and PKR 87.6 billion in case of PQEPCL, aggregating to PKR 160.14 billion over the entire project life of these two IPPs.

The federal government has renegotiated the agreements on the basis of the recommendations of the IPPs inquiry Committee.

The committee laid out two options for the government to address these issues. The preferred option is a negotiated settlement, which will require engagement of all stakeholders with a view to arrive at an agreement which ensures that Pakistan’s power sector is financially and operationally sustainable in the future.

The other option is a forensic audit of all companies with a view to establishing further wrongdoings not identifiable under the scope of this report. This will include forensic audit of IPPs to verify any over-invoicing in the project cost, fuel usage, misreporting in financial statements, etc.; and heat rate audit of the fuel based IPPs.

The Truth International (TTI) tried to contact Federal Minister Asad Umar and the former Special Assistant to Prime Minister Nadeem Umar for their view as to how and when the PTI government would implement IPPs inquiry committee recommendations, but neither responded.