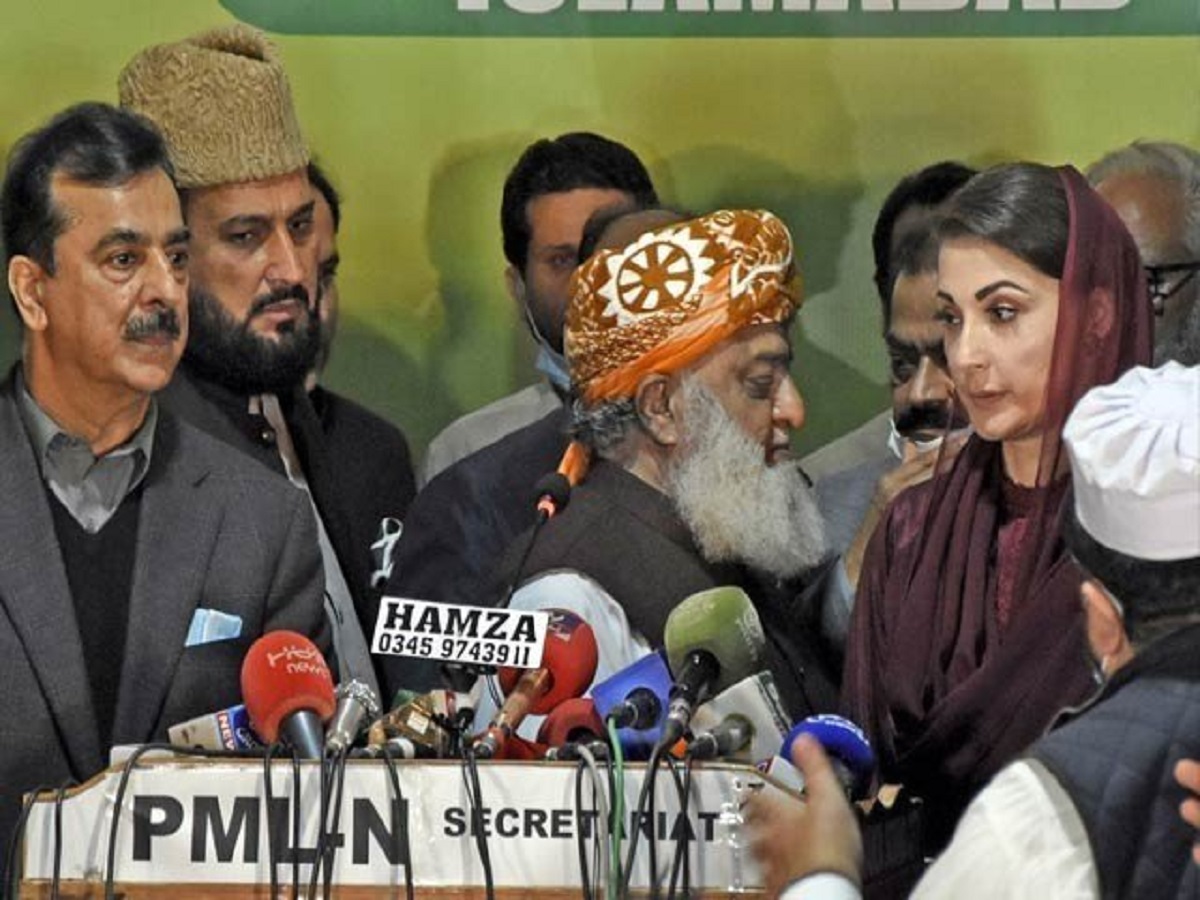 The much-hyped and long-scheduled march against the government was put off on Tuesday after what appeared to be serious differences on the issue of lawmakers’ resignations from assemblies. One can easily say that the Pakistan Democratic Movement (PDM) appears to be in tatters.

The PDM summit meeting chaired by its President Maulana Fazlur Rehman ended without taking any decision on major issues as leaders engaged themselves in heated exchanges over resignations, the Senate elections, and on the question of who to nominate as leader of opposition in the upper house of parliament.

Sources say that PPP flatly refused to resign from the assemblies, while the PML-N refused to recall Nawaz Sharif from London. On the other hand, Fazl ur Rehman demanded accountability over the defeat of Maulana Abdul Ghafoor Haideri in the election for the post of Senate Deputy Chairman.

Later, Fazl ur Rehman briefly appeared before journalists to announce the postponement of the long march, which was scheduled to begin on March 26, until the PPP returns with its formal decision on the resignation issue.

Fazl further said that PPP leadership sought time to consult the party’s Central Executive Committee (CEC) on this matter and come back to the PDM.

“We have given them [PPP] a chance and we will wait for their decision until then the March 26 Long march is postponed.”

“I don’t want to speculate until the PPP comes back and answers us. The PDM [parties] stand by each other and [the alliance] is practically together and will also cooperate.”

“Since the long march was conditional to the resignations, so Chairman Bilawal and I asked the entire leadership of the PDM to give us time because the first decision of the [PPP] CEC was not in favor of resignations,” Gilani told reporters.

“If you want us to resign from assemblies, give us time to go back to the CEC so that we can come back to you with its permission. That is why they have unanimously given us time. And it will be decided soon.”

Maryam faced a barrage of questions about the return of former prime minister Nawaz Sharif and a tough stance taken by former president Zardari in the PDM meeting. “I respectfully told them that return of Nawaz Sharif will be tantamount to handing him over to killers,” he said.

“Neither the PML-N leaders nor the PML-N’s voters want any danger to his life. “We need living leaders, not the bodies of the leaders. I told Zardari that Nawaz Sharif’s struggle and sacrifices are not hidden from anyone.”

She told the media persons.

Maryam said that his father was “convicted in a false case” but still he left his sick wife on her deathbed and came back to Pakistan with his daughter and “bravely went to jail”.

She stressed that the whole party is united and fighting under his leadership. “I am the representative of the PML-N and Nawaz Sharif. Anyone who wants to talk to Nawaz Sharif should talk to me first.