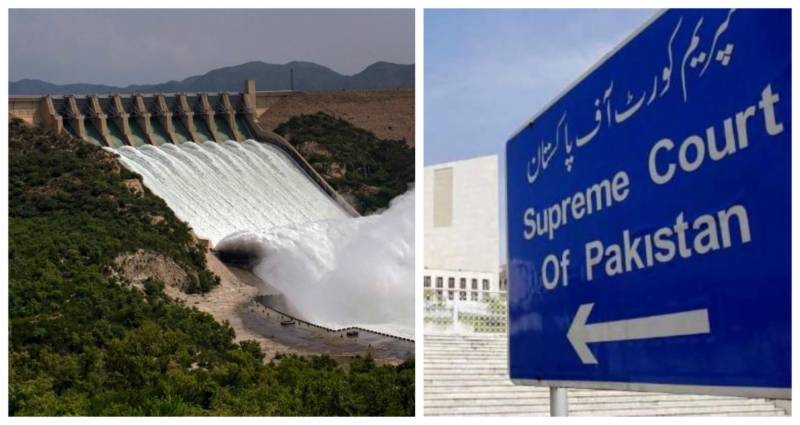 ISLAMABAD: The Supreme Court was apprised on Thursday that recent floods and Covid-19 resulted in the delay of construction of the Mohmand and Diamer-Bhasha dams for at least nine months to a year.

In addition, the development funds have also not been released by the government. The funds would help ameliorate the equity injections on part of WAPDA for the construction of the dams.

A five-member bench headed by Chief Justice of Pakistan (CJP) Umar Ata Bandial, was told that the dam fund created in 2018 by the former CJP chief justice Saqib Nisar has increased to Rs16.35 Billion.

A representative of the National Bank of Pakistan also assured the apex court from Karachi that not a single penny had ever been taken out of the amount deposited against the government securities or used to meet any expense from this head.

Subsequently, the CJP asked Auditor General of Pakistan Muhammad Ajmal Gondal to coordinate with SBP to oversee the management of the funds. He also observed that the funds would not be used for repairing the flood damage but only for the purchase of machinery necessary for dams.

The CJP reminded the auditor general that one of his representatives had told parliament that he did not have any access to information about the funds. “Now since the access is available, please do (audit) it quickly,” CJP observed.

The direction came against the backdrop of media reports that the Public Accounts Committee (PAC) intended to write a letter to the Supreme Court seeking information about the dam fund.

The Supreme Court also directed its IT department to place all the information on its website regarding the dam fund for transparency.

During the hearing, Advocate Saad Rasool on behalf of the WAPDA chairman told the court that due to the pandemic, a number of international experts had to go back which was delaying the projects. One of the major concerns was the availability of financial resources to fund the projects, he added.

Two primary payments had to come during the last quarter, the counsel contended, adding for Mohmand Dam, the government earmarked Rs25 billion under the head of the Public Sector Development Program (PSDP) but Rs12.5 billion were approved.

In actuality, only Rs2.4 billion was disbursed, he added. The total cost of Mohmand Dam was Rs260 billion of which WAPDA equity is Rs29 billion whereas the completion date for the Mohmand Dam is May-June 2025 and Diamer-Basha is 2028.

Similarly, a hefty amount of Rs240 billion under the head of the Central Power Provider Agreement (CPPA) from the Power Division has to be paid to help Wapda inject its equity share.

This amount is collected by the power division from the electricity consumers as well as private power generators and is part of the circular debt.

When confronted, Secretary Power Division Rashid Mahmood Langrial explained that there had been an annual shortfall of Rs400 billion since different distribution companies had not collected dues because of which the circular debt had reached a whopping Rs2.6 trillion. This gap of Rs400 billion was last year’s figure which may also be increased this year.

The power secretary explained that as a result of power theft, the sector recovered Rs25 billion from QESCO (Quetta Electric Supply Company) even though electricity worth Rs94 billion was provided.

“This means collection of revenue is not your cup of tea and it should be handed over to the private sector,” the CJP quipped.

During the hearing, Justice Jamal Mandokhel observed whether the government had the money to pay off the required funds “since we already have a deficit budget”.

Adv Rasool highlighted another difficulty in view of the embargo introduced by SBP and said that Wapda was unable to pay international firms in foreign exchange. This money was raised after the launching of $500 million Green Eurobond, he added.

Justice Ahsan regretted that such restrictions may create contractual complications. He observed that the federal government had made a commitment to ensure funds and though the court understands financial difficulties, this project should not suffer for being a lifeline.

He further observed that Wapda should request the contracting partners to make some accommodations since the court cannot issue any directions to SBP.

Meanwhile, the planning secretary told the court that his department has requested Prime Minister Shahbaz Sharif for early disbursement of Rs2.4 billion for Mohmand Dam.