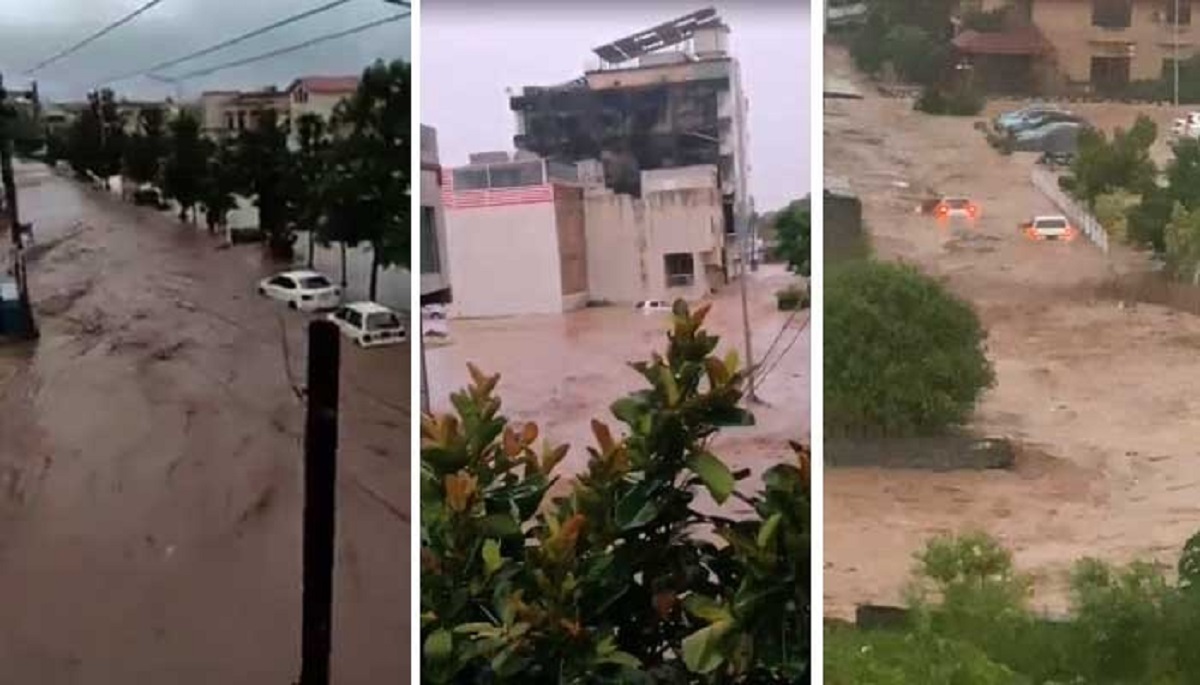 A mother and her son were killed in Islamabad today as several areas of the capital experienced urban flooding after a cloudburst caused heavy rainfall.

Footage circulating on social media showed flood water sweeping away cars in the E-11 area of the capital.

Deputy Commissioner Islamabad attributed the flash flood to a cloudburst and urged the public to “cooperate and restrict unnecessary movements”.

The deputy commissioner further said the spillways of Rawal Dam were being opened as he appealed to the public to stay away from the riverbanks of the Korang and Soan rivers.

Additionally, Section 144 (power to issue order absolute at once in urgent cases of nuisance or apprehended danger) was imposed on bathing in rivers, the DC said, adding that rescue and management teams were present to handle the situation.

Meanwhile, police officials confirmed the aforesaid casualties at a house in sector E11/2, saying that floodwater entered the house’s basement at night which caused the death of the child, while the mother passed away later.

The officials said flooding in sector E-11 was due to the “poor management” of private housing schemes, adding that there was no equipment available to deal with the situation.